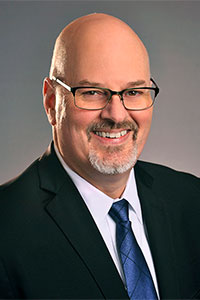 President, CEO
John Diederich was named president and CEO of RUSH Copley Medical Center in November 2019. He is the 8th CEO in RUSH Copley’s 133-year history. An outcomes-oriented executive leader with a history of active community involvement, Diederich has risen through the ranks to become an accomplished strategic thinker, skilled administrator and affable health care leader.

Prior to his current role, Diederich served as senior vice president and chief operating officer of RUSH Copley since 2006, where he oversaw clinical, ancillary and support operations of the hospital, including a $50 million annual capital improvement budget and all hospital construction projects. He joined the hospital’s executive team as vice president of ancillary operations in 2002 and previously held management roles in departments including IT, finance and patient registration. Diederich, who has been at RUSH Copley since 1985, began his career at the Medical Center as a teenager working in the hospital’s kitchen.

As a survivor of the largest mass shooting in U.S. history, Diederich speaks to organizations across the country about his unique active shooter experience. He shares his story of enhancing workplace safety and training 2,500 hospital employees in active shooter response, and his personal survival story of putting this training to the test at the Route 91 Concert Shooting in Las Vegas on Oct. 1, 2017. 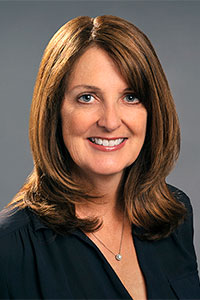 Prior to her current role, Shilkaitis served as vice president of patient care services and Chief Nursing Officer. In that capacity she provided leadership for clinical and nursing operations across the organization, oversaw service line planning and administration, and strategic partnership development, including physician recruitment.

She joined RUSH Copley in 2001 as vice president of women’s services. Previously Shilkaitis held leadership positions as director of women and children’s services at Central DuPage Hospital and director of pediatric services at Hoffman Estates Medical Center. She began her career as a neonatal and pediatric intensive care nurse.

Shilkaitis earned a baccalaureate degree from Illinois Wesleyan University and a master’s degree in nursing and business administration from Lewis University in Romeoville, Illinois, where she was honored with the Lasallian Leadership Award. She is a fellow of the American College of Health Care Executives and member of the American Organization of Nurse Executives. She holds a nurse executive advanced board certification (NEA-BC) from the American Nurses Credentialing Center.

Shilkaitis is involved in several community organizations and boards including the Nursing Advisory Council for Aurora University, Clinical Oversight Committee for Illinois Hospital Association and Board member for River West Radiation Center. She currently serves as adjunct faculty at Lewis University and as non-remunerated adjunct faculty at RUSH University. 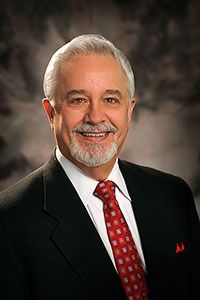 Dr. Lowenthal's primary responsibilities include oversight of the RUSH Copley Medical Group, hospital Medical Staff credentialing, privileging and bylaws, all academic programs including the Family Medicine residency program and continuing medical education for physicians. He also is responsible for the hospital's quality and patient safety programs and serves as the Patient Safety Officer. Additionally, he oversees physician relations and physician services.

Dr. Lowenthal brings a myriad of expertise to the medical center including vast experience in quality and patient safety program development, clinical informatics and its use in evidenced based clinical practice as well as Six Sigma Black Belt Training, a highly disciplined technique focusing on process improvement. He received his Doctor of Medicine degree from The Chicago Medical School, Chicago. In New York, he completed one year of General Surgery residency at Lenox Hill Hospital before moving to Los Angeles, California where he completed residency training in Urology at the University of Southern California. He also earned a Master of Public Health degree in health services administration from the Medical College of Wisconsin.

Dr. Lowenthal resides in Plainfield, Ill., and has four adult children, two of whom are now fourth generation physicians. 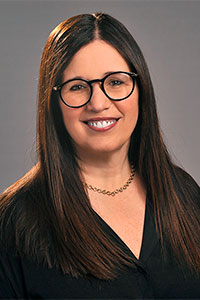 Van Wyhe received her Bachelor of Science degree from Clarion University of Pennsylvania and her Master of Business Administration degree from DePaul University. She is a CPA and has served as an adjunct instructor for Aurora University.

Active in the community, Van Wyhe serves as Vice-Chair on the Oswego Economic Development Commission and is a member of the Mutual Ground Advisory Committee. Past roles include: Chairperson of the  Oswego YMCA Board, Director for the Sugar Grove Chamber of Commerce, treasurer for the Oswego Economic Development Corporation; the Oswego Rotary Club: Kendall County CASA and Oswego Chamber of Commerce. She has also served on the Finance Committee and other Advisory Committees for District 308. Brenda resides in Aurora. 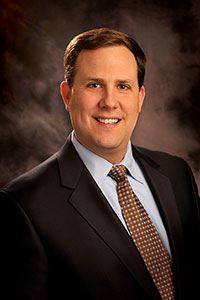 Vice President, Legal Affairs and General Counsel
As Vice President and General Counsel, Ryan Asmus is responsible for the overall legal affairs at RUSH Copley and its affiliated operations. Asmus has extensive experience in hospital and health law, as well as the management of medical professional liability matters. During his decade of service at the Illinois Hospital Association (IHA), Asmus held several positions, including Director for the Illinois Provider Trust and Illinois Risk Management Services, where he managed litigation and liability matters for large health systems. Prior to joining the IHA, Asmus was an attorney with a large, national professional liability insurance company located in Chicago. Asmus began his legal career in 1993 at a Chicago law firm where he concentrated his litigation practice on aviation-related matters.

Asmus is a member of the Illinois Association of Healthcare Attorneys (IAHA), and an elected member of the Gower District 62 school board.

Asmus lives in Burr Ridge with his wife and two sons. 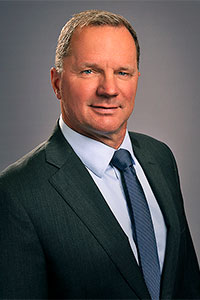 Alexander (Alex) Pope serves as the Vice President, Philanthropy and Community Engagement. His nonprofit service and career spans more than 30 years. He has particular expertise in creating a strong and sustainable culture of philanthropy within organizations and their constituents, and this is accomplished by utilizing two strengths: 1) building partnerships/friendships with all stakeholders and 2) identifying and implementing opportunities for best practices (including action and outcome-based performance metrics). These partnerships and implementation of best practices have resulted in an extraordinarily impactful philanthropic program. He has successfully leveraged philanthropy to be a catalyst for change in impacting the social determinants of health, particularly evolving health equity, in the RUSH Copley community. 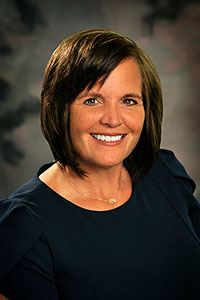 Vice President, RUSH Copley Medical Group
As Vice President of RUSH Copley Medical Group, Marcee Brummel is responsible for the overall operations of RUSH Copley’s multispecialty medical group. With more than 20 years of health care experience, she has been instrumental in bringing excellence in primary and specialty health care services to the community. Under her leadership, the medical group has grown to more than 100 providers offering healthcare services in Aurora, Naperville, Oswego, Sugar Grove, and Yorkville, including RUSH Convenient Care locations throughout the area.

Brummel received her Bachelor’s degree in Business and Communications from Northern Illinois University. She is an active member of The Medical Group Management Association and serves on the board of Invest Aurora Illinois. Brummel resides in Sheridan with her family. 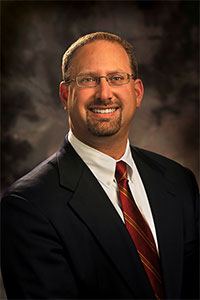 Petasnick received his bachelor’s degree in political science and a master’s degree in Hospital and Health Administration from the University of Iowa. Petasnick, his wife, and their three children reside in Oswego, Ill. 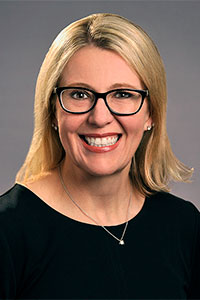 Prior to joining RUSH Copley, Hornbogen served in nursing and operational leadership roles with oversight of strategic program development and clinical operations. She began her career as a labor and delivery nurse.

Hornbogen earned a baccalaureate degree in nursing from University of Illinois-Chicago and a master’s of science degree in healthcare administration as well as an MBA from the University of St. Francis in Joliet, IL. She is board certified by the American Nurses Credentialing Center, is a member of American Organization of Nursing Leadership and serves as a Board of Director for the Greater Joliet Area YMCA.

Hornbogen and her husband and their two children reside in Plainfield, Ill. 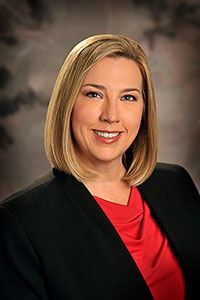 As Assistant Vice President of Operations and Analytics, she is responsible for oversight of analytics and knowledge management, Imaging Services, Midwest Center for Advanced Imaging and RUSH Copley Healthplex Fitness Center. Prior to her current role, she served as Assistant Vice President, Strategy and held leadership roles in strategy, planning, business development and community health engagement.

Raabe holds an MBA and BBA in Management and Organizational Behavior from Benedictine University. She is a professional member of American College of Healthcare Executives and the Society for Healthcare Strategy & Market Development. Raabe is an active member of the community and currently serves on the Board of the Fox Valley United Way, the Kendall County Health Advisory Board and Riverwest. She resides in Oswego with her husband and children.