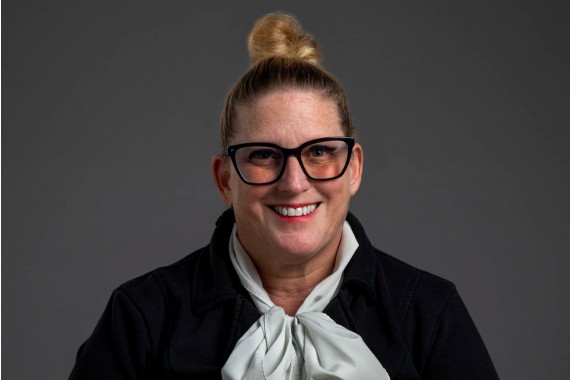 Patricia Steeves O’Neil provides strategic vision and management for the fiscal direction of Rush University Medical Center and the Rush system. This work includes responsibility for the protection of assets, treasury function, hospital revenue cycle, financial reporting, internal audit, financial planning and budgeting. In addition, she serves as a board member and the treasurer of Rush Health, the system’s physician-hospital organization, and chairman of its Finance Committee.

O’Neil brings to these roles more than 30 years of health care financial management experience, including more than 20 years as Rush University Medical Center’s treasurer. She became chief financial officer and senior vice president in May 2021 after serving as acting CFO and SVP since May 2020.

Most recently, she has navigated the financial challenges caused by the COVID-19 pandemic to stabilize Rush’s financial condition. Rush has been at the epicenter of the pandemic in Chicago, treating thousands of patients, including some of the sickest in the Chicago area. This effort has come at a cost: The combination of lost revenues (largely due to a state-mandated temporary halt on elective surgeries) and increased costs are projected to have totaled more than $175 million for the Medical Center and $200 million for the System.

O’Neil was instrumental in implementing a cash preservation strategy, securing liquidity from lenders and issuing $330 million debt in turbulent markets in order to invest in Rush’s growth strategies and the construction of the Joan and Paul Rubschlager Building, Rush's future state-of-the-art ambulatory cancer and neurosciences facility. She now is responsible for the Medical Center’s financial stabilization plan and restoring operating income while also preserving employee benefits in order to retain front line staff.

During her tenure, Rush University System for Health has attained multiple upgrades and outlook improvements from Moody’s, Fitch and Standard and Poor’s. Most recently, in December 2018, Rush University System for Health was upgraded to a AA- rating, the first AA rating in Rush’s history. In January 2015, the system refinanced approximately $500 million of debt in order to reduce interest costs and amend its terms and conditions, resulting in annual net present value savings of $7 million.

As treasurer, O’Neil also oversees all aspects of the cash management operations, including utilizing best practice technology in patient collections and disbursements. Cash flow management also includes all forecasting and optimizing cash flows for Rush for short-term and long-term planning.

In addition, she is an assistant professor in the Rush University College of Health Sciences, where she teaches in the nationally-ranked Master’s in Health Systems Management Program. She received an Outstanding Faculty award in 2004, 2008, 2010, 2014 and 2016.

Prior to joining Rush, O’Neil was managing director of the Chicago office of Bank of America’s newly-created Healthcare and Not-for-Profit Group, which she was recruited to lead. The group served clients including large multi-state hospital systems, universities and cultural institutions. Previously, she was vice president of First National Bank of Chicago’s Healthcare, Education and Municipal Services Group, during which time she received Series 7 and Series 63 designations.

O’Neil received a bachelor’s degree from Mount Holyoke College in South Hadley, Massachusetts, and a Master of Applied Economics from the University of Michigan.