Is the Keto Diet Right for You?

For the right person who's ready to commit to a healthy lifestyle, the keto diet can offer surprising benefits

Widely known for its low-carb regimen, the keto diet is undoubtedly one of the most popular diets today. But is it the best choice for you? For the right person who's ready to commit to a healthy lifestyle, the keto diet can offer surprising benefits, says Kelly Roehl, MS, RDN-AP, CSNC, an advanced-level dietitian at Rush University Medical Center.

"It's very chemistry-based," Roehl says of the keto diet. "We recommend working with a registered dietitian nutritionist. Many websites and mobile apps that people follow have inaccurate information."

But first: How does the keto diet actually work?

On a ketogenic diet, a person eats no more than 50 grams of carbohydrates per day, far less than the recommended 130 grams per day (most Americans consume 200-300 grams daily). However, fat intake is roughly triple the ordinarily advised amount. The body uses both carbohydrates and fat for energy most of the time. However, when carbohydrate intake is low, it naturally turns more heavily to using fat for energy, where it breaks down fat into ketone bodies.

This is a metabolic state called ketosis. Most cells, including brain cells, will accept ketones as an energy source when carbohydrates are unavailable. Since humans have ample fat stores, when someone in ketosis eats fewer calories than they are burning, the fat comes from adipose tissue. This process can lead to a satisfactory weight loss.

A person who sticks with the keto diet may expect to lose five pounds in the first week, and one to two pounds weekly after that, though the diet may need to be  adjusted periodically, Roehl says. In addition, many people report increased mental clarity; research suggests that the brain may work more efficiently on this type of diet, Roehl adds.

Roehl is a fan of the keto diet, but she favors a Mediterranean version that features many colorful vegetables and substitutes healthier olive oil for some of the animal fat in the traditional ketogenic diet. There's still room for plenty of butter, cream and bacon, though. Fruit is discouraged, except for some berries.

The few carbohydrates consumed as part of this Mediterranean-style keto diet come from fibrous vegetables, Roehl says — leafy greens, broccoli, cauliflower, peppers, for example. Pasta, cereal, sugar, and most starchy vegetables are off the menu. Consuming more than 50 grams of carbohydrates generally knocks the body out of ketosis, which may take two to four days to restore.

"If you want to do this, I would suggest you make it a lifestyle change," says Roehl. “Once you’ve achieved your weight loss goals, carbohydrates may be added back, though for long-term health, they should come from minimally processed foods.”

"If you want to do this, I would suggest you make it a lifestyle change."

Is keto right for you?

A good candidate is a motivated person who wants to lose weight and keep it off, who is willing to make a keto diet a way of life and has the resources to do that. Roehl advises working with a ketogenic-diet-trained registered dietitian nutritionist to implement a keto diet, not only because it works best when calculated for each individual — something that apps rarely do accurately — but also because ketosis can be dangerous for people with some conditions.

Anyone with a mitochondrial disorder should avoid it without first meeting with a keto-trained clinician, and anyone taking insulin should consult with a medical doctor before embarking on it. People with complicated food and social histories may have a hard time sticking with it. Be sure to let your own primary care physician know you're planning to go on a keto diet.

"It's restrictive, and the restrictions need to be followed," Roehl says.

The keto diet is now standard care for both children and adults with epilepsy, as it has been shown to help diminish the frequency of seizures. It's also being used for many other neurological disorders, including Parkinson's disease, multiple sclerosis (MS), amyotrophic lateral sclerosis (Lou Gehrig's Disease ), dementia, migraines and certain brain cancers. One recent study showed that the keto diet can reduce fatigue and depression in people with MS, for example, and the resulting weight loss itself is a health boon for any patients who are overweight. Research is under way to see if this diet can ameliorate symptoms of other neurological disorders like Alzheimer's disease and mental health conditions like depression, schizophrenia and bipolar disorder.

As to epilepsy, it is a disorder characterized by seizures, but with a variety of causes and a wide range of severity. The ketogenic diet has been used to lessen otherwise unmanageable seizures in some people with epilepsy for 100 years, and has been keenly investigated for decades. However, scientists still haven't pinpointed how it controls seizures, in part because the biochemistry behind the diet affects several mechanisms throughout the body, from the brain to the microbiome, that are still not well understood, and also because epilepsy can be so variable in different people.

At the Rush Epilepsy Center, Roehl and Antoaneta Balabanov, MD, an epileptologist, oversee one of the largest adult ketogenic diet clinics in the world. They began working with adults with epilepsy in 2012, and have published several papers demonstrating improvement in seizures and quality of life  in adults with epilepsy. 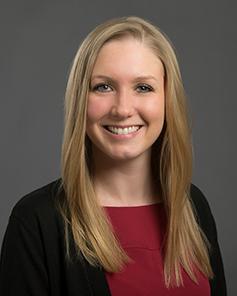 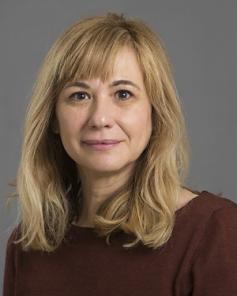 This Asian-inspired dish is refreshing, versatile and easy to...
Food & Nutrition