Turns out that coffee's good for more than jump-starting our mornings or keeping us awake during meetings. A lot of recent research suggests that coffee offers a host of potential health benefits.

Every day, Americans drink 400 million cups of this incredibly complex beverage, which contains more than 1,000 compounds that can affect the body. The most commonly studied are caffeine (a nervous-system stimulant that's known to have positive cognitive effects) and polyphenols (antioxidants that can help slow or prevent cell damage).

What health benefits does coffee offer?

Though researchers don't always know exactly which of coffee's ingredients are responsible for producing their studies' health-boosting results, there's evidence that drinking coffee may help do the following:

An analysis of nearly 220 studies on coffee, published in the BMJ in 2017, found that coffee drinkers may enjoy more overall health benefits than people who don't drink coffee.

A 2014 study by Harvard researchers published in the journal Diabetologica tracked nearly 124,000 people for 16 to 20 years.

The reason may be the antioxidants in coffee, which reduce inflammation (inflammation contributes to your Type 2 diabetes risk).

If you already have Type 2 diabetes, however, you should avoid caffeinated products, including coffee. Caffeine has been shown to raise both blood sugar and insulin levels in people with the disease.

A number of studies have suggested that consuming caffeine can reduce your risk of developing Parkinson's disease — and research published in 2012 in the journal of the American Academy of Neurology showed that a daily dose of caffeine equivalent to that found in two eight-ounce cups of black coffee can help to control the involuntary movements of people who already have the disease. (You'd have to drink nearly eight cups of brewed black tea to get the same amount of caffeine.)

4. Slow the progress of dementia.

In a 2012 study published in the Journal of Alzheimer's Disease, Florida researchers tested the blood levels of caffeine in older adults with mild cognitive impairments, which can be a precursor to severe dementia, including Alzheimer's disease.

When the researchers re-evaluated the subjects two to four years later, those whose blood levels contained caffeine amounts equivalent to about three cups of coffee were far less likely to have progressed to full-blown dementia than those who had consumed little or no caffeine.

Several studies published in respected journals have found that coffee drinking has beneficial effects on the liver, including reducing the risk of death from liver cirrhosis, decreasing harmful liver enzyme levels and limiting liver scarring in people who have hepatitis C.

According to a study published in 2021 in the American Heart Association journal Circulation: Heart Failure, drinking one or more daily cups of plain, caffeinated coffee was associated with a significant reduction in a person's long-term risk of heart failure.

The study looked at the original data from thee well-known heart disease studies: the Framingham Heart Study, the Atherosclerosis Risk in Communities Study and the Cardiovascular Health Study.

Although there's not enough evidence to support prescribing coffee to lower your risk of heart disease risk, this recent revelation seems to strengthen previous findings that coffee is, in fact, good for heart health.

In 2013, the journal Epidemiology and Prevention published a review of studies analyzing the correlation between coffee consumption and cardiovascular disease. Data from 36 different studies showed that people who drink three to five cups of coffee per day had a lower risk of heart disease than those who drink no coffee or more than five cups per day.

While the reason isn't clear, one possibility is that coffee helps to improve blood vessels' control over blood flow and blood pressure.

A 2015 study appearing in the Journal of the National Cancer Institute looked at the coffee-drinking habits of more than 447,000 people over 10 years. The researchers found that those who drank four or more cups of caffeinated coffee each day had a 20% lower risk of developing melanoma than people who drank decaffeinated coffee or no coffee.

Your morning coffee could help lower your risk of death. A 2022 study in The Annals of Internal Medicine has shown that moderate consumption of unsweetened and sugar-sweetened coffee was associated with a reduced risk of mortality. The research shows that those who drank 1.5 to 3.5 cups of coffee per day, including with sugar, had a 30% less lower risk of death from any cause during the study.

While he's never gone so far as to prescribe a daily dose of java for any of his patients, he says, "I'm certainly familiar with a lot of research showing that coffee has a mildly beneficial effect in protecting against issues like stroke, diabetes and cardiovascular problems."

He offers a few caveats, however:

Bottom line? Enjoy a daily cup or two of coffee, but don't use it as a substitute for other healthy behaviors.

Don't doctor up your drink.

"Keep in mind that the research focuses on the benefits of black coffee, which we're still learning about," Rothschild says. "But we definitely know the harms associated with the fat and sugar you find in a lot of coffee drinks."

A Starbucks Venti White Chocolate Mocha, for instance, has 580 calories, 22 grams of fat (15 of which are saturated) and 75 grams of sugar. A plain cup of brewed coffee? Two calories, no fat and zero carbs.

If you can't drink it black, stick with low-calorie, low-fat add-ins, such as skim milk or almond milk.

Coffee is for grownups only.

"It's not true that coffee will stunt kids' growth, as parents used to be fond of saying," Rothschild says. But there are a few good reasons for kids not to drink coffee or other caffeinated drinks (e.g., colas and energy drinks).

One study, published in 2014 in the journal Pediatrics, showed that even small amounts of caffeine, equivalent to one cup of coffee, increased children's blood pressure and — to compensate for the rise in blood pressure — slowed heart rates.

Beyond that, Rothschild says, he'd be concerned about sleep disruption and behavioral issues that might result from ingesting a stimulant.

Switch to decaf if you have acid reflux ...

"Caffeine causes the gastroesophageal sphincter to relax, which allows acid to enter the esophagus," Rothschild explains.

"People who have trouble sleeping can get into a vicious cycle: They sleep badly, increase their caffeine intake the next day to compensate, then sleep badly again, and on and on," he says, suggesting that people with insomnia avoid all caffeine after noon.

"There's some evidence showing that moderate to high coffee consumption — more than four cups per day — is linked with calcium loss and fractures," says Rothschild.

But if you do drink decaf, definitely limit your consumption. That study in Circulation: Heart Failure found that decaffeinated coffee was actually associated with an increased risk for heart failure.

Bottom line? Enjoy a daily cup or two of coffee, Rothschild says, but don't use it as a substitute for other healthy behaviors. "Unless you have a condition like reflux, it's fine to keep drinking a reasonable amount of coffee," he says.

But you can also try other healthy ways to get some of the benefits you might attribute to coffee.

"For instance, if you rely on coffee to fight after-lunch sluggishness every day, you might think about getting outside and going for a 10 to 20 minute walk," Rothschild suggests. "It'll not only wake you up, but you'll also get a lot of benefits in terms of bone health and cardiovascular health." 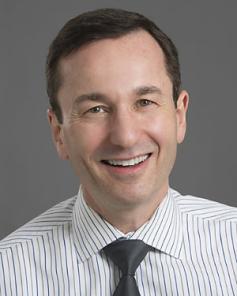 What Is Intermittent Fasting?

Quick and fresh, this dessert satisfies your pie craving without...