These 8 tips will help you get ready to run

Organized marathon racing has been around since the modern Olympic Games began in 1896. But it wasn't until the last decade or so that marathoning really started catching on among the casual running crowd.

Now runners young and old, swift and slow, beefy and svelte are increasingly adding that grueling, 26.2-mile feat to their list of accomplishments.

If you want to be one of them, here are eight marathon training tips to help propel you across the finish line.

If you've never done much running, that doesn't disqualify you from running a marathon. But you might want to aim first for a less daunting goal — like a 10-kilometer run or even a half marathon.

And before you get started, you may want to check with your doctor to make sure your body — particularly your heart — can handle the stress of a marathon.

"Regardless of how long you've been exercising, there are certain warning signs and risk factors that should be evaluated before beginning a new workout program — especially one as intensive as marathon training," says Kousik Krishnan, MD, an electrophysiologist at Rush and veteran marathon runner.

If you're experiencing any of the following symptoms, Krishnan says, you should definitely see a doctor before diving into marathon training:

Also see a doctor if you have any of the following risk factors:

Following a training plan will help ensure you're physically prepared for the physical (and mental) rigors of a marathon.

Four to five months before your race, select a training plan that mixes shorter weekday runs with long, slower runs on the weekend.

These plans — which can be found online, either free or for a small fee — vary in mileage and intensity, depending on whether you're a novice or experienced endurance runner.

Krishnan follows the Daniels' Running Formula, running five days each week and occasionally twice a day if he doesn't have time for a long midweek outing.

The challenge of marathon training is figuring out just how far and how fast you should run.

Rest is a crucial component of marathon training, enabling runners to recover from heavy mileage.

4. Find a shoe that fits

Go to a specialty running store and ask for advice on what shoe works best for your foot, gait and body type. It's OK to care about color and style, but fit and shoe type will mean more on those extra-long runs.

Look for the following:

Once you've found the right shoes, break them in by taking them out for a few shorter runs.

Experts recommend replacing running shoes after about 300 miles, but some shoes may hold out longer. Many runners like to get two pairs of shoes and rotate them throughout marathon training.

Nearly all training plans include days off and so-called "cutback" weeks with reduced mileage, all designed to give runners' bodies some badly needed breaks. Rest is a crucial component of marathon training, enabling runners to recover from heavy mileage.

Make sure you have fluids close at hand throughout your training.

Energy gels (or blocks or bars), meanwhile, provide a welcome glucose boost to help sustain you when you hit double-digit mileage. Also, recovery meals after long runs will help replenish the body's energy stores in preparation for continued training.

Those long weekend outings seem a lot easier when you're surrounded by like-minded runners. Most large and mid-sized cities — and even smaller communities — have running clubs or marathon training programs that welcome newcomers.

Running with a group helps you stay motivated, maintain a consistent pace and learn practical advice from more experienced runners. Plus you might make some new friends. Check with your local running store to find a group near you.

Just about every runner experiences a few aches and pains during marathon training. Common running injuries include the following:

The trick is to distinguish a minor strain from a potentially serious injury.

While taking a break from training can be disappointing and frustrating, it's better than abandoning your marathon goal altogether. More often than not, you'll be back on the running path in no time.

"My goal is always to keep runners on track for their training schedule," Blomgren says. 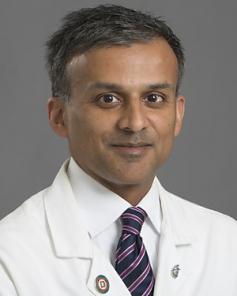 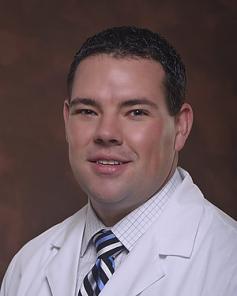 Study by researchers at 4 major academic institutes including Rush...