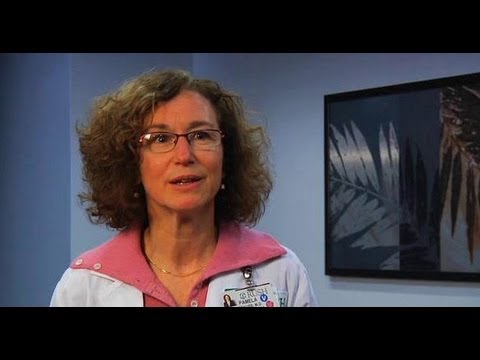 Whether you're a woman or have loved ones who are women, knowing these facts about stroke can help save lives.
Read More

Your biology allows you to escape certain health problems. However, most health conditions affect both men and women in varying degrees and ways.

In some cases, doctors don't have a ready explanation for why certain diseases are more common in one sex than in another. In others, doctors will tell you complicated genetic, physiological and hormonal factors are at work. Read on to learn about some of the elements that link sex and health.

Many male health risks can be traced back to behavior: In general, men engage in behaviors that lead to higher rates of injury and disease. They also tend to eat less healthful diets.

However, anatomy, hormones and genes also play roles in men's increased risk for these diseases:

Heart disease. Among men age 65 and over, more than 39 percent have heart disease, compared to about 27 percent of women in the same age group.
Why: While women's bodies tend to be pear-shaped, men’s bodies are generally apple-shaped. When women gain weight, it often lands on their hips and thighs.

"Men almost always put weight on around the middle," says Pamela Strauss, MD, an internal medicine physician at Rush. "And we know this type of body fat, known as visceral, is a heart disease risk factor that many women simply don't share."

Parkinson's disease. This disabling neurological disease affects about 50 percent more men than women.
Why: Researchers suggest that this may also have to do with estrogen, which protects neurological function by activating certain proteins or interacting with molecules called free radicals. Men's relative lack of estrogen leaves them with less protection.

Several studies have also pointed to the possibility that Parkinson's disease has a genetic link to the male X chromosome.

Males are also more at risk for the following:

When you talk with doctors about women's health risks, anatomy and hormones often come up. Here are a few examples:

Stroke. Each year in the U.S., about 55,000 more women have strokes than men.
Why: Many factors play into this statistic, but estrogen is chief among them.

Women may not be aware of the effect estrogen has on stroke risk. They might know that birth control pills, hormone replacement therapy and pregnancy raise risk, but they may not understand the underlying mechanism, which is shifting estrogen levels.

Those changes in levels of estrogen, not the estrogen itself, affect the substances in blood that cause clots. More activity results in more clotting, and that can lead to a higher risk of stroke.

Osteoporosis. Nearly 80 percent of the estimated 10 million Americans who have osteo­porosis are female.
Why: Women start out with thinner, smaller bones and less bone tissue than men. Through most of their lives, women's bones are protected by estrogen, which may block a substance that kills bone cells.

However, when women begin to lose estrogen during menopause, it causes loss of bone mass (osteoporosis). This loss takes a toll: Nearly 50 percent of women over 50 will break a bone because of osteoporosis.

Females are also more at risk for the following:

I have many female patients who say their husbands just don't go to the doctor. We need to get those men in to be sure they are taking care of their health.

Equality, with a difference

Although it strikes men and women in nearly equal numbers and generally affects them in the same ways, it raises heart disease risk in women more than in men.

However, the diabetes risk for women was lower to start with. Diabetes adds an extra risk factor for women and essentially puts them at the same risk for heart disease as men.

This paradox may have more to do with the way we define and diagnose depression than anything else, says Strauss. "We may find that if we add questions about rage, substance abuse and risk-taking behaviors to our depression questionnaire, we'd identify more males at risk."

Protecting your health is gender neutral

Men and women basically need to do the same things to take care of themselves — at the core that means living a healthy lifestyle.

"Eat a healthy diet, exercise and don't smoke," says Strauss. "That could be as simple as adding 15 minutes of walking to your day or putting a few extra fruits and vegetables on your plate."

Of course, it's also important to address any health concerns you have. Your doctor should know your family's health history, and you should know your key numbers (such as blood pressure, cholesterol, blood sugar and BMI).

This is also where gender plays a role. Women go to the doctor more often than men, Strauss says. "I have many female patients who say their husbands just don't go to the doctor," she says. "We need to get those men in to be sure they are taking care of their health."

Whether you're a woman or have loved ones who are women, knowing these facts about stroke can help save lives.
Read More

Did you know some diabetic men experiencing erectile dysfunction, or ED, are at risk for cardiovascular disease?

While men are less likely than women to develop depression, they are also less likely to recognize and seek help for it.

Women may encounter some unexpected — and unwelcome — health issues as they approach menopause.