What your PSA level says about your prostate health

Produced by the prostate gland, PSA generally comes up in discussions about prostate cancer — which makes sense: The disease can raise levels of PSA.

For that reason, prostate cancer screening often takes the form of a test that measures the level of PSA — or prostate-specific antigen — in your blood.

So, what do PSA levels mean? Do you need to know your PSA level to keep your prostate healthy? Christopher Coogan, MD, a urologist with Rush University Medical Center, sums up the answers with five things you should know about PSA.

1. Screening is important, but it's not for everyone.

PSA tests can lead to detection of early-stage prostate cancer, which often has no symptoms. According to the American Urological Association, screening has the greatest benefit for men between 55 and 69 years old. Some men at increased risk for prostate cancer, such as black men and men with a family history of the disease, may also benefit from screening.

But the risks of screening may outweigh the benefits for men less likely to get prostate cancer. Because the disease often progresses slowly, the same is true for men not expected to live at least 10 to 15 years. The risks of screening include complications of treatment and anxiety caused by unnecessary biopsies.

Every man, Coogan says, should discuss with his doctor whether, when and how often he should get screened.

PSA levels often rise because of prostate enlargement or urinary tract infection. Coogan says that ejaculating, bicycling and other forms of stress to the prostate area might also cause temporary spikes.

If you have high PSA, your doctor will want to rule out these other common causes before doing a biopsy (an examination of a small tissue sample) to determine whether you have cancer.

Doctors used to consider high any PSA level above four (that is, four nanograms per milliliter of blood). But so many factors can affect PSA that today Coogan stresses the importance of evaluating each man’s case before deciding whether to do a biopsy.

While it remains true that men with higher PSA levels generally are more likely to have cancer, "high" and "normal" no longer have fixed definitions. Rather, Coogan says, "we want to look at what's high or normal for you."

If you have high PSA, your doctor will want to rule out these other common causes before doing a biopsy (an examination of a small tissue sample) to determine whether you have cancer.

For example, Coogan explains, "a man whose level goes from .6 to 1.8 in a few months is a greater cause for concern than someone who has a stable level of 2."

In addition to the rate of change (also called PSA velocity), PSA density (the amount of PSA relative to prostate size) can help determine whether a given level is worrisome. Men with larger prostates generally produce more PSA, so a level of six is less worrisome in someone with an enlarged prostate gland than in someone with a normal, golf ball-sized prostate.

So, what can you do to keep your prostate healthy? Certain nutrients, such as the lycopene found in watermelon and cooked or processed tomatoes, have been shown by many studies to help prevent prostate cancer.

Some prostate health recommendations, though, have been based on limited research. For example, initial studies suggested several years ago that selenium and vitamin E might help prevent prostate cancer. In fact, a large-scale clinical study partially conducted at Rush found that that no such benefits exist.

"Don't just believe something you have seen on a single website," Coogan recommends. "Try to evaluate the source of the recommendation and the studies on which it was based." 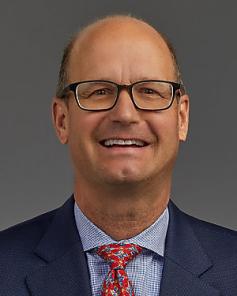 While men are less likely than women to develop depression, they...
Men’s Health