Communication Breakdowns in the Brain

How they affect people with Parkinson’s, Alzheimer’s and stroke
Alzheimer’s Disease

“Good morning.” “I love you.” With every act of communication — no matter how mundane or meaningful — neurons are at work.

These highly specialized brain cells constantly exchange chemical and electrical signals that direct every function in the body, including our ability to express and understand language.

When neurons die, it creates a host of communication problems, as is the case in three conditions that affect millions of people: Parkinson's disease, Alzheimer’s disease and stroke.

Here’s a look at those communication breakdowns, along with coping tips for patients and caregivers alike.

In an area of the brain that controls movement, neurons produce a chemical called dopamine. It helps the brain tell muscles how to move.

These neurons gradually die in people with Parkinson's disease. And when they do, the muscles that control speech are often affected.

As a result, most Parkinson’s patients will have some trouble speaking. They may slur words, stutter, talk slowly or speak so softly that they barely whisper. Eventually, dopamine-producing cells may also die in parts of the brain responsible for thinking and memory. It may be hard to find a word or follow a conversation.

“If communication is getting difficult, one of the most helpful things to do is to see a speech therapist, particularly one certified in LSVT,” says Brandon Barton, MD, a neurologist at Rush who specializes in movement disorders.

The following may also help:

Alzheimer’s begins in the hippocampus, the part of the brain where memories form. Once-healthy neurons in this area gradually stop working. They lose their connections with each other — disrupting their ability to send signals back and forth — and die.

The first sign of Alzheimer’s disease is often trouble remembering the right word or a recent event. Eventually, neurons die throughout the brain and Alzheimer’s severely impairs the ability to express and understand thoughts.

Even if your loved one doesn’t seem to understand language at all, keep communicating. Just the sound of your voice can make your loved one more aware and alert.

Stroke: The effect of dying neurons

A stroke happens when blood flow to part of the brain stops — typically because it’s blocked by a clot. Almost immediately, neurons in the affected area begin to die.

When they die in the brain’s left side, language is usually disrupted. Depending where in the left hemisphere neurons die, people who have had a stroke might struggle to say words, string together coherent sentences or understand speech.

Speech therapy can make a difference. “It helps the brain create new connections between neurons, to cover the neurons that have been damaged by stroke,” says Sarah Song, MD, MPH a stroke neurologist at Rush. “It’s like a boot camp for the existing neurons to learn to take over for the damaged neurons. Over time, these neurons become more nimble and communication can be relearned and regained.” 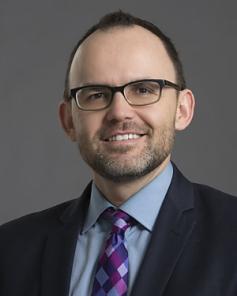 Strawberries May Help Fend Off Alzheimer's

Longer and more frequent napping was correlated with worse...