How much do you know about sexually transmitted diseases (STDs)?

Probably more than your parents and grandparents did back when STDs were called venereal diseases.

Still, according to Marsha Gorens, MD, a gynecologist at Rush University Medical Center, even some of today's savviest adults might be surprised when they hear these facts:

1. More than 25 different diseases can be transmitted sexually.

"I don’t think people realize just how many different infections they're exposing themselves to when they have unprotected sex," Gorens says.

That's why she recommends that all sexually active adults ask their primary care physician or gynecologist for annual STD testing.

2. STDs among older adults are on the rise.

Once past childbearing years, older adults entering into new sexual relationships simply may not realize they should always use condoms — to avoid STDs rather than unplanned pregnancies.

3. Some STDs — including chlamydia and gonorrhea, which have no symptoms — can affect fertility.

"An untreated STD can lead to pelvic inflammatory disease (PID), an infection that can scar the fallopian tubes," Gorens says.

Such scarring can either prevent an egg from becoming fertilized or keep a fertilized egg from reaching the womb. STDs can compromise male fertility too, though more rarely.

"Condoms cover only the penis, but we see herpes sores in places outside the covered area, like on thighs and buttocks," Gorens says. And contact with any herpes sore — anywhere — can lead to infection. "Receiving oral sex from someone who has a cold sore on the mouth can cause a genital herpes infection."

So whether your partner is a man or a woman, you could still be exposed to herpes even if you don't engage in genital sex. Although herpes cannot be cured, medications can reduce symptoms and make it less likely for an infected person to spread the disease.

5. Any sexual activity — not just intercourse — can spread STDs, including one that can cause cancer.

HPV vaccinations can help protect today's tweens and teens from getting cancer in the future. Read a pediatrician’s perspective on the HPV vaccine.

6. Most people who have herpes have no, or very mild, symptoms.

That's why Gorens recommends that new partners both get tested. And make sure it's a blood test.

"You can't just look for sores; they may or may not be there at the time," she says.

Test for the top 7 STDs

Gorens recommends yearly testing for the seven most common STDs: 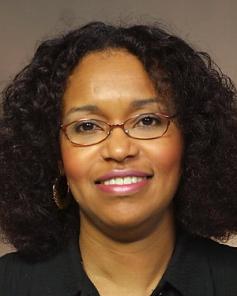 Tips for keeping warm when a cold snap hits