5 Ways to Deal With Food Cravings

An expert shares strategies to help you cope with cravings

In the 25 years she's spent helping people lose weight, Naomi Parrella, MD, has heard about a lot of cravings: for burgers and fries, sodas and candies, even dirt and chalk (more on that later).

"Cravings are so interesting because they're really specific to the person, and there isn't one single place they come from," says Parella, who now sees patients at the Center for Weight Loss and Lifestyle Medicine at Rush.

Hormonal shifts — during pregnancy, menopause or a menstrual cycle — may cause some cravings. Emotional responses may cause others: If you were rewarded with candy when you did well on a test, achievements might trigger a craving for sweets into your adulthood. Nutritional deficiencies or other health conditions might also leave you wanting a particular food.

Though cravings vary widely and depend on many individual factors, they frequently lead us in the same unhealthy direction: toward sweets or other processed carbohydrates like white bread and French fries — the foods humans have evolved to love.

Because cravings can make losing weight and staying healthy so much harder, Parrella has developed strategies that help her patients deal with them.

1. Get to the bottom of your craving.

She once had a patient who was struggling to give up soda. So she asked him to write down what he was doing and feeling every time he craved it. "We needed to find out what the soda meant to him," she explains. The patient's journal revealed a pattern: His cravings started whenever he was upset.

Identifying this trend helped him remember that his family used soda to calm him down after he'd acted out as a child. Once he discovered this link, he realized drinking soda actually made him feel bad because of all the memories it brought up. When he had cravings, remembering that bad feeling helped him to resist them.

"If there's an emotional reason for your craving, getting to the bottom of it can often help put you more in control," Parrella says. "Journaling is a great way to start. It doesn't have to be full sentences. Just get your thoughts down."

2. Give yourself a choice.

Putting something totally off-limits can make it even more enticing. Giving yourself a choice is often a better strategy — as long as you remember all the negative effects that choice could have.

"Take a moment and say, 'Yeah, I'm really craving that Snickers bar, and I could walk over to the vending machine and get it right now,' " Parrella recommends. "But before you do, walk yourself through the consequences."

You might feel bad afterward, for example, once your blood sugar has spiked and crashed. You'll be more likely to make unhealthy food choices later in the day. And eating the candy bar will probably increase your chances of craving it again. After you consider these consequences, you might just decide against the Snickers, even though you're free to eat it.

And cravings are not the same as hunger, so if you decide to take a pass they will usually go away. "Some people do really well with mindfulness meditation — recognizing a craving and then watching it pass away," Parrella explains. "Like, Oh, there it is. Goodbye!"

It's not always that easy. "For me, if I have a little piece of a nice crusty, Italian bread, I'm going to eat the whole loaf," Parrella says. "I'll think I'm going to have one little piece. But once I start, I can't resist."

In situations like these — where there's a particular food you just can't stop eating — she recommends cutting it out of your diet completely for four to six weeks.

When you crave it, eat something different that stimulates your senses. If you want chips, for example, carrots might satisfy your desire to crunch. (Try not to replace sugar with artificial sweeteners, though; they can activate your desire for sweets.)

"It’ll be really hard the first week or so," she says. "But you'll become less and less excited by the food you craved. Your taste buds reset."  After four to six weeks, you might not even want the food any more.

If you put food out of sight and out of arm's reach, you'll be less likely to crave it and better able to resist it.

But how can you resist when your coworkers leave trays of donuts or home-baked cookies in the kitchen or breakroom? Treats that are more difficult to pass up each time you refill your water bottle?

"That's a classic dilemma," Parrella says. "You don't want to tell people a treat is off-limits.  But you also don't want to sabotage people by forcing them to pass it, see it, smell it and imagine eating it several times a day."

She and her co-workers came up with a solution. Instead of leaving treats out, they use a dedicated cabinet. Anyone can access the food, but it's hidden.

Before, treats regularly disappeared within a few hours. With the "cabinet method," as Parrella calls it, there are usually leftover treats at the end of the day.

"In your workplace, your home or wherever, if you put food out of sight and out of arm's reach, you'll be less likely to crave it and better able to resist it," she says.

5. Pay attention to your body.

While many cravings have emotional or environmental causes, some result from what's going on in your body.

Sugar cravings, for example, often increase around menopause, when some people's bodies start having more difficulty processing sugar. "You can have sugar crashes really easily," Parrella explains. "And the quickest way your body knows to solve that problem is to have something sugary."

Iron deficiency has been linked to cravings for iron-rich foods (like beef), and even some nonfoods (like dirt or chalk). And if you're on an extremely restrictive diet and start to crave protein-rich foods, it might mean that you're protein-malnourished.

If you think your cravings might be related to a health problem — or if you'd like more help dealing with them — contact a primary care physician or the Center for Weight Loss and Lifestyle Medicine at Rush. 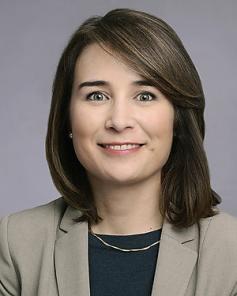 How eating a whole-food, plant-based diet can help fend off...

'I Believe in Science'

A Rush Copley physician explains why she felt safe getting...