The outlook for people with Parkinson's disease is improving

The most prominent signs of Parkinson's disease result from damage to brain cells that produce a neurochemical called dopamine. Dopamine helps people have smooth, coordinated muscle movements by relaying messages to the parts of the brain that control these movements.

Damage to dopamine-producing cells can induce symptoms, such as tremors, stiffness and slowness.

"The early signs tend to be subtle and intermittent, and with time symptoms may become more apparent," says Natalie Witek, MD, MS, a neurologist who specializes in movement disorders at Rush University Medical Center.

The damage to brain cells is not limited to those producing dopamine. Other symptoms such as depression, anxiety, cognitive impairment, constipation and fatigue result from damage to other brain regions and are the focus of more recent research.

Unlocking the mysteries of Parkinson's disease

At present, Parkinson's disease is a chronic disease with no known cure. While symptoms can be managed with medication, they continue to worsen.

"There are ongoing studies at Rush where we are focusing on better understanding what causes Parkinson’s disease," Witek explains. "For instance, I am currently researching immune dysfunction in patients with Parkinson's disease, and my colleague Gian Pal, MD, MS, is participating in a large international study where patients with Parkinson’s disease are offered access to genetic testing."

The good news? Witek predicts that in the next decade there will be significant breakthroughs in treating Parkinson's disease and slowing the progression of the disease.

In fact, according to the National Institute of Neurological Disorders and Stroke, current advances in Parkinson's research have already raised realistic hopes of being able to halt the progression of the disease, restore lost function and even prevent it entirely.

While the timeframe for this is hard to predict — it could be within five to 10 years — one thing is certain: hope is on the horizon. Here, Witek shares five things to know about Parkinson's disease.

One of the big pushes in Parkinson's research today is detecting the disease before such characteristic movement symptoms, like tremors, surface.

Research suggests that dopamine begins to decline more than a decade before any neurological symptoms appear and that damage to other nervous system regions may occur even earlier. Very early signs of Parkinson's disease that may appear before evident motor deterioration include the following:

While these symptoms do not always signify Parkinson's disease, people should discuss these issues with a physician. By studying groups of people with early signs, researchers are developing treatments that target different parts of the brain that could slow, or even halt, the progression of the disease.

"Our goal is to find ways to prevent people from developing movement problems, and we're getting to a point where that is an achievable goal," Witek says.

2. Standard treatments are being tweaked

Since the late 1960s, levodopa (a medication that the brain converts to dopamine) has been the most effective treatment for addressing motor symptoms of Parkinson's disease. The problem for some patients, however, is levodopa does not provide the constant flow of dopamine necessary for smooth function throughout the day.

"Patients' symptoms may be well-controlled, and they may function well while the medication is working, but as the medications wear off, the symptoms return," Witek says. "It is hard to live a normal life when facing this unpredictability."

New research is focused on developing treatments that will give people a more steady flow of dopamine and decrease fluctuations.

One common side effect of not having steady levels of dopamine is dyskinesia (involuntary movements). To address this issue, neurologist Leo Verhagen, MD, PhD, is participating in a study involving an investigational agent for dyskinesia.

People who respond well to medications, but struggle with fluctuations throughout the day may be eligible for deep brain stimulation (DBS), a surgical treatment in which a neurostimulator delivers tiny electrical signals to areas of the brain that control movement.

"DBS changes the electrical activity of the brain, like a pacemaker. Patients can have fantastic improvement of their stiffness and tremor with this therapy," says Witek. "For people who do well with DBS, it is a life-changing improvement."

While DBS is rarely a substitute for medication, it is a good option for otherwise healthy people who have periods where their medications aren't working.

This outpatient procedure enables a neurosurgeon to precisely target the spot in your brain that controls the tremor — in a single session, without incisions or anesthesia. The surgeon uses sound waves (ultrasonic energy) to create a tiny lesion in the brain, producing a therapeutic effect.

Regaining a Steady Hand Thanks to Focused Ultrasound

While it doesn't treat the underlying disease or slow disease progression, focused ultrasound has been shown to significantly improve quality of life. Easing hand tremor restores people's ability to write, eat and drink and do other tasks that had become difficult or impossible.

“It's a powerful alternative for patients who do not qualify for deep brain stimulation, for instance because of advanced age, or who simply do not like the idea of having open surgery," Verhagen says.

In addition to its well-known effects of slowing down cognitive decline and boosting heart and lung function, exercise can help improve gait, balance, tremor, flexibility, grip strength and motor coordination in people with Parkinson's disease. Past and ongoing studies at Rush and other institutions are also looking at how exercise — including aerobic exercise — may, in fact, slow the progression of the disease.

Beneficial exercises include treadmill training, biking, dance, tai chi, yoga, and strength and flexibility training. Neurologist Jori Fleisher, MD, MSCE, is a leader in research on Karate for Parkinson's disease; participants in this study have experienced improvement of their symptoms.

In addition, neurologist Mitra Afshari, MD, MPH, is currently recruiting patients for a pilot study on whether "virtual physical therapy" and a "virtual home safety evaluation" in a patient's own home using videoconferencing technology could reduce the risk of falls. Afshari will also be involved in the next phase of a study testing the effectiveness of high-intensity versus moderate-intensity treadmill-based exercise in slowing down the progression of PD.

"People ask how I can prevent dementia or slow Parkinson's disease every day. I recommend 150 minutes of exercise each week, particularly aerobic exercise, to all my patients and their families," says Witek "The benefits are innumerable, and there are few side-effects."

5. Managing your mood is crucial

Living with a chronic, progressive disease can take a serious emotional toll on patients and their loved ones. Depression and anxiety are common symptoms of Parkinson’s disease, with up to 60 percent of people who have the disease experiencing mild or moderate depressive symptoms.

Some patients benefit from psychological counseling, cognitive-behavioral therapy, and/or taking medications to help improve their mood. Support groups — such as the group hosted by Rush Oak Park Hospital the second Saturday of each month — can also help people with Parkinson's disease learn how to live changed, yet still full lives.

"We work with our patients to find medications and other therapies that will improve their quality of life at every stage of the disease, targeting the symptoms that matter most to them and their families," says Witek. 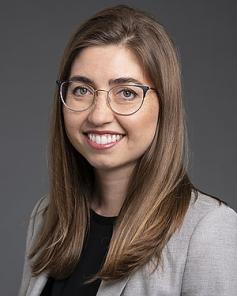 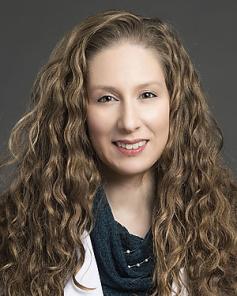 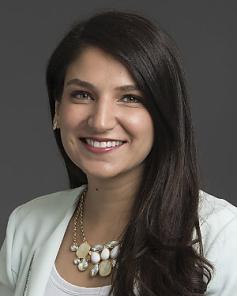 Why the ACT for ALS Matters

Patients with new tics had history of anxiety that worsened...