If Ken Lemerman wanted a glass of milk, his wife, Susan, had to pour the milk and carry the cup to the table for him. Ken’s essential tremor had grown so severe over the past 15 years that half the milk would be gone by the time he reached the table. “It would just shake right out,” he says.

Food jumped off of plates and utensils, too. At buffets, Susan had to go through the line and fill Ken’s plate. He hadn’t eaten a steak in years because he couldn’t hold a knife steady, and although Susan wouldn’t have minded, Ken was embarrassed to have her cut the meat for him. As for soup: “I had to drink it because it would shake off the spoon before I could get the spoon to my mouth.”

Given these issues, it’s not surprising that the Lemermans no longer dined out.

It wasn’t just eating and drinking, either. Many seemingly basic tasks were now difficult or impossible for Ken — from signing a check to using a screwdriver to buttoning a shirt.

The cause of Ken’s tremor is unknown. It could stem back to 1982, when Ken had a benign brain tumor the size of a small orange, or the tumor removal surgery. Regardless of its origin, the tremor, which affected both hands, was merely a nuisance that Ken was able to live for a long time. But in recent years, it had become an unbearable burden.

“I’d get so frustrated and aggravated that I couldn’t handle these simple, normal things that people do every day without worrying,” he says. “Susan was helping with the tasks I couldn’t do, and thank goodness she’s a caring, understanding person. But if you’re mad at yourself, you’re mad at the world, and it was hard on my family.”

Because his tremor was progressing in spite of daily medications, he decided it was time explore other treatment options. He scheduled an appointment in December 2018 at Rush.

One door closes, another opens

At the time, the most effective treatment for medication-resistant essential tremor was deep brain stimulation (DBS). DBS uses a neurostimulator in the brain to deliver electric signals to areas of the brain that allow for more consistent movement control. The stimulation of brain targets helps to lessen tremor, allowing more normal movement.

Ken was approved for DBS and scheduled to have the procedure in January 2019, but he had a last-minute change of heart. “In talking it over with my family, I decided since I’m 81, maybe I don’t want to have this invasive procedure, and I backed off,” he says. “Then I changed my mind again a year later because the tremor had gotten so bad, and I was sorry I didn’t do it.”

He returned to Rush and received promising news: Rush would soon be rolling out a new, less invasive tremor treatment called MR-guided focused ultrasound. And if Ken was willing to wait a few months while Rush got the equipment up and running, focused ultrasound had the potential to dramatically change his life — without invasive surgery.

“I did my research, and that was enough to convince me that I wanted to have this new treatment,” Ken says. “I was all in.”

After a comprehensive evaluation with Rush’s team of experts confirmed that Ken was a good candidate for focused ultrasound, his procedure was slated for June 16, 2020 at Rush Oak Brook.

MR-guided focused ultrasound is FDA-approved to treat both essential tremor and parkinsonian tremor. Unlike deep brain stimulation, focused ultrasound does not require incisions, holes in the skull, electrodes or inserted probes. Instead of a scalpel, the neurosurgeon uses targeted ultrasound energy (sound waves) to penetrate the skull and access the brain. That’s why it’s often referred to as “incisionless surgery.”

The sound waves are directed from all different angles towards the target, the ventral intermediate nucleus (VIM) of the thalamus, located in the center of the brain. The sound waves pass harmlessly through the rest of the brain; only when they come together in the VIM of the thalamus do they generate sufficient heat to make a tiny lesion, resulting in a therapeutic effect.

Rush neurosurgeon Sepehr Sani, MD, performs all of the focused ultrasound procedures and was the first in Illinois — and several surrounding states — to offer it.

The first procedure was supposed to take place in March, but it was postponed when Rush temporarily halted elective procedures due to the COVID-19 pandemic. When elective procedures resumed in May, new safety precautions  were put in place at all Rush locations, from socially distant check-ins to universal masking to enhanced sanitization measures.

“I felt very safe going there,” Ken says of his visit to Rush Oak Brook. “They did a great job of putting my mind at ease.”

Sani and his staff also made sure Ken felt comfortable throughout treatment.

Patients are awake during the entire procedure, which takes place inside of an MRI scanner. After each application of energy, Sani asks questions and has the patient perform tasks — like touching their nose with their finger or drawing circles on a board — to confirm the tremor improvement. Sani can then make real-time adjustments to the target area to ensure optimal results.

As Ken recounts: “I was on the table for one-and-a-half hours, and I think Dr. Sani made seven adjustments to locate the perfect spot where he wanted to attack this tremor. He wanted to be very precise.”

And he was. Once the procedure was over, nurse practitioner Fiona Lynn, NP, and nurse Kristine Steinhagen, RN, helped Ken up from the table, walked him into an adjoining room and handed him an orange soda.

“I took that drink in my left hand — the hand that was treated — and was able to move it steadily to my mouth and drink,” Ken says. “It was amazing. Literally within minutes after getting off the table, I’m holding drink in my hand without spilling a single drop. It had been years since I could do that.”

Currently, MR-guided focused ultrasound is approved only for one-sided (unilateral) treatment, and only for hand tremor. If you have one side treated, you cannot have focused ultrasound on the other side, though you could potentially receive a different treatment on your untreated side. Treatment is usually focused on your dominant hand unless the tremor is significantly worse — for instance, it’s affecting your ability to walk — in your non-dominant hand.

Amazingly, Ken’s left hand is now tremor free. “I have a little bit of tremor on the right, but being left-handed, it doesn’t bother me. I can write now and put a screwdriver in the head of a screw,” he says. “After 15 years, I have to retrain my brain because I’ll go to do something and think, ‘I’m going to shake.’ So I’m just moving a bit slower, at least until I get used to this."

As of March 3, 2021, Sani has treated 51 patients with MR-guided focused ultrasound, including 48 who have essential tremor, one with parkinsonian tremor, one with familial tremor and one with fragile X-associated tremor/ataxia syndrome (FXTAS).

While not everyone has experienced results as dramatic as Ken’s, most of the patients treated at Rush have seen significant reduction in their tremor — and, as a result, now enjoy a significantly better quality of life.

“I told Dr. Sani, ‘the doctor who removed my brain tumor saved my life, and now you have improved and changed my life,’ ” Ken says. “I’m just a different person today, and I’m so thankful.” 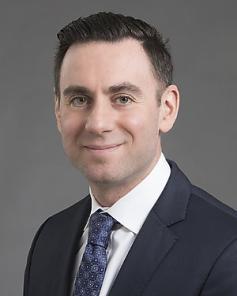