The Dangers of Vaping

Find a doctor Make an appointment 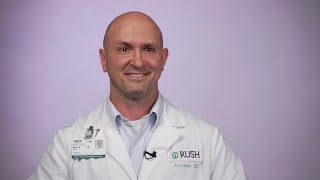 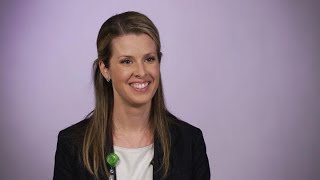 Quitting smoking is a challenge, but your health and lifestyle will reap the rewards. Here are 10 tips for kicking...
Read More

In early September, two patients arrived at Rush University Medical Center with serious respiratory symptoms. One had what pulmonologist Mark Yoder, MD, calls “a horrific cough” and mild shortness of breath, and another was experiencing what looked like acute respiratory distress syndrome, a life-threatening condition in which fluid builds up in the lungs and prevents oxygen from circulating in the bloodstream.

The first patient was treated with steroids and released; the second, now recovering slowly, was admitted to the intensive care unit and placed on a ventilator and extracorporeal membrane oxygenation (ECMO), commonly known as a heart-lung bypass machine. The two had one thing in common: vaping, or using e-cigarettes.

The Rush patients are two of more than 450 U.S. cases of possible vaping-related illness reported in 33 states and the U.S. Virgin Islands since April. Six people have died, including one in Illinois, according to the Centers for Disease Control and Prevention (CDC).

Yoder says he’s accustomed to seeing people with respiratory issues caused by long-term cigarette smoking, but these recent patients are unique: “It’s very curious that all of a sudden acute illnesses are popping up that seem to be related to vaping.”

Current epidemic is a mystery

It’s not clear whether these vaping-related illnesses are new, or are just now being recognized as vaping becomes more popular. “The illness does tend to hit younger folks whom clinicians don’t always think to ask if they’re vaping,” Yoder says. “When you see lung issues in a younger person, the first thought is usually that it’s a viral illness that has gotten out of control, not necessarily that it’s related to something inhaled.”

It’s also not clear what is causing the symptoms. Two current theories, Yoder says, are that the illness is related to vaping marijuana products containing a substance called vitamin E acetate, or that it’s caused when users make or modify vaping devices or liquids. The CDC and the U.S. Food and Drug Administration (FDA) are investigating the causes of the outbreak, and, in the meantime, the CDC recommends not using any e-cigarette products.

If you or someone you know has vaped within the last 90 days and experiences any of the following symptoms, the CDC advises seeing a doctor immediately:

Vaping devices appeared on the U.S. market about a decade ago; the most popular brand, JUUL, has been around since 2015. Powered by a small battery, they heat a liquid that typically contains nicotine, flavorings and other chemicals, and deliver it as an aerosol to the lungs. Some people use e-cigarettes to vape THC, the active ingredient in marijuana.

The first group, longtime smokers who are interested in vaping as a path to quitting, often ask her whether vaping is a safe alternative. “I tell them that cigarettes are the leading cause of preventable death and disability in the U.S. today, so vaping is likely lower-risk than that,” she says, “but that doesn’t mean it’s harm-free.”

The second group is much more alarming to Mathew: More than 20 percent of high schoolers and 5 percent of middle schoolers report that they vape, enticed by kid-friendly vape liquid flavors like strawberry milk and cotton candy.

“The rates of tobacco product use among kids had been declining for years, but that trend has now reversed,” she reports. “And it’s hooking a generation of people on nicotine who might never have started smoking traditional cigarettes.”

Nicotine is especially harmful to people under 25, according to the CDC, with studies showing that it harms brain development. On Sept. 11, federal officials announced plans to ban flavored e-cigarette products.

It’s hooking a generation of people on nicotine who might never have started smoking traditional cigarettes.

Yoder and Mathew both say they often need to debunk myths about vaping that they hear from patients, including the following:

Fact: Although they don't contain tobacco, electronic cigarettes do contain nicotine, not to mention other potentially harmful ingredients.

“We know that e-cigarettes contain some degree of nicotine, which is highly addictive,” says Mathew, “but because there’s no regulation, there’s no way to know what the concentration is. And the vapor also contains heavy metals, cancer-causing chemicals and ultrafine particles whose full impact we don’t know yet.”

Myth 2: Vaping spares the people around me from the dangers of secondhand smoke.

Fact: The potentially harmful components of e-cigarette emissions may also affect people who breathe in a user’s exhaled vapor.

According to a study published in the International Journal of Hygiene and Environmental Health, "the use of e-cigarettes results in increased concentrations of volatile organic compounds (VOCs) and airborne particles, both of which are potentially harmful if inhaled."

That means vaping, especially indoors, can put others at risk.

Fact: “Vaping is unregulated and untested,” Mathew says, “so we have no good data to speak to the medium-term and long-term effects.”

Yoder adds that “most health care providers are so skeptical about safety that I’m certain we’d be having a debate about it even without these recent acute cases of illness.”

What is known about the health effects of vaping?

According to the National Center for Health Research, "since 2009, the FDA has pointed out that e-cigarettes contain detectable levels of known carcinogens and toxic chemicals to which users could be exposed."

Shockingly, in batches of e-cigarette cartridges, the FDA discovered "a toxic compound found in antifreeze ... formaldahyde, a chemical known to cause cancer in humans ... and benzene, a well-known carcinogen."

Fact: “A kid who vapes can get as hooked on nicotine as a pack-a-day smoker,” says Mathew.

Myth 5: Vaping is the best way to quit smoking.

“Vaping actually perpetuates the behavioral aspects of smoking as well as the nicotine addiction,” she says, adding that many of the people she works with use both e-cigarettes and regular cigarettes.

Matthew's firsthand experience appears to be validated in several studies involving self-reported use of e-cigarettes: One found that within 6-12 months, nearly all participants were still smoking regular cigarettes;  another found that e-cigarette users "were more likely to say they were trying to quit but no more likely to successfully kick the smoking habit, with 90 percent of e-cigarette users still smoking regular cigarettes at the end of the study."

Obviously, more research is needed to determine whether e-cigarettes are actually helpful in quitting smoking. But for now, the FDA has not approved e-cigarettes for that specific purpose.

Ready to quit smoking or vaping?

If you vape, Yoder says, “our next mission is to get you to talk to someone about quitting.” The good news is that there are a lot of FDA-approved options that can help, including the following:

For more information and resources, talk to your primary care physician — if you don’t have one, call our physician referral service at (888) 352-RUSH (7874) — or contact the Illinois Tobacco Quit Line at (800) QUIT-YES or www.quityes.org.

Find a doctor Make an appointment

Quitting smoking is a challenge, but your health and lifestyle will reap the rewards. Here are 10 tips for kicking...
Read More

A psychologist offers advice on how to help your loved ones break their bad health habits.

We often don't consider the essential role our lungs play in keeping us healthy. But like the rest of our body, our lungs need daily...

Learn who is at risk for lung cancer — not just smokers — how it's treated and why early detection is the best defense.