Blowing your nose and rubbing your itchy eyes more than usual? Could be hay fever.

Do you blow your nose and rub your itchy eyes more than usual in the spring? Chances are you have hay fever, also called allergic rhinitis, an allergic response that has absolutely nothing to do with hay and everything to do with teeny tiny particles wafting through the air.

So that prolonged cold you thought you had in January could have actually been hay fever, says Christopher Codispoti, MD, PhD, an allergy and immunology specialist at Rush University Medical Center.

How do you tell the two apart? Below Codispoti helps set the record straight on distinguishing the two and clarifying other misconceptions surrounding allergies, which — depending on their severity — can elicit everything from mild skin irritations to life-threatening anaphylactic shock.

A cold is a virus, which is contagious. An allergy is not an infectious disease but an immune reaction to the environment; allergies cannot be spread from one person to another. Allergic reactions occur when the immune system overreacts to something like pollen or mold (i.e., allergens) because it confuses it with a germ.

While some symptoms of colds and allergies are similar (e.g., runny nose, fatigue, watery eyes), others are not (colds, not allergies, produce fevers and mild body aches). People with colds typically recover in a few weeks, whereas allergy sufferers endure symptoms for as long as they're exposed to the allergen.

No symptoms, no sweat?

When getting evaluated for allergies, don't put all your trust in immunoglobulin tests, says Codispoti, which some doctors use to assess allergic responses to specific allergens.

The idea behind these blood tests: Our immune systems release immunoglobulins, or antibodies, to detect foreign molecules. If levels of immunologulins of a particular type (immunoglobulin E, IgE) are high, then an allergy may be suspected; however, an allergist would still want to show a relationship between the IgE level and clinical symptoms before diagnosing.

Immunoglobulin G (IgG) tests are especially problematic, according to Codispoti, because the body produces IgG antibodies in response to many foods we eat, not just those that are harmful. These IgG food antibodies represent past exposure; for example, a person may have IgG antibodies to eggs simply because they have eaten eggs.

Therefore, this test has not been proven valid when it comes to identifying allergens to specific foods or environmental factors. But many people with positive results walk away thinking they have to make major lifestyle changes, such as giving up favorite foods or parting ways with a beloved pet.

Codispoti's advice: If you don't have symptoms related to the food or allergen for which you tested positive — such as rashes, swelling or abdominal pain — don't alter how you live. If you have allergy symptoms but can't identify the culprit, skin tests are typically more helpful in determining the root cause.

Are there really hypoallergenic dogs and cats? While a comforting thought for many allergy-suffering pet lovers, it just isn't true, says Codispoti. The problematic animal allergens arise from saliva and skin, not hair. There is no scientific evidence that there's such a thing as a hypoallergenic cat or dog.

"While you can reduce the spread of dander — skin that sheds — by shaving, bathing and vacuuming, you can't totally control it," Codispoti says. "And keeping dogs and cats from licking — either themselves or others — is pretty impossible," Codispoti says. "It's how cats and dogs bathe."

That said, allergy sufferers with pets can make changes to improve their symptoms, such as limiting where pets go in their homes. Ideally, removing the animal from the home would work best, but if that's not an option, keeping the animal out of the bedroom can help reduce your exposure.

While the jury isn't totally in on the impact of prenatal peanuts, the American Academy of Pediatrics has stated that avoiding peanuts during pregnancy — or while breastfeeding — doesn't safeguard a child from developing a peanut allergy.

Gone are the days when preschool teachers handed out peanut butter cookie snacks. The increasing prevalence of peanut allergies, some of which can be life-threatening, has changed all that.

But what about pregnant women who don’t have peanut allergies? Will eating peanuts endanger their babies or subject them to a life-long peanut allergy? Or will early exposure have the power to protect the next generation?

"While the jury isn't totally in on the impact of prenatal peanuts, the American Academy of Pediatrics has stated that avoiding peanuts during pregnancy — or while breastfeeding — doesn't safeguard a child from developing a peanut allergy," Codispoti says. "That said, pregnant women with peanut allergies should certainly stay away from peanut products for their own health."

What's the difference? Allergies involve a reaction from your immune system. Allergies occur when exposed to even trace amounts of an allergen and can have accompanying symptoms like a rash or hives, which occur immediately after exposure.

Food intolerance, however, has targeted symptoms — such as stomach discomfort — that occur gradually and don't necessarily involve the immune system. Unlike allergies, small amounts of the food in question may not spark a reaction.

If you have gastrointestinal problems and it's not an allergy, other possible causes include lactose intolerance, irritable bowel syndrome and celiac disease.

Many more misconceptions about allergies persist: For example, organic foods aren't allergy-free, nor are allergies "in your head" or psychosomatic.

As the number of people affected by allergies continues to grow, Codispoti hopes our understanding of allergies increases, and that continued efforts to find more effective treatments will bring more freedom and less anxiety to those combating allergies. 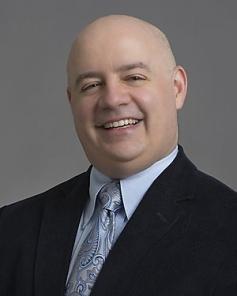 Study by researchers at Rush and three other hospitals finds...

Myths and Facts About Food Allergies