Epilepsy doesn’t have to stand in the way of a healthy pregnancy
Patient Stories
Sarah with Adriana Bermeo-Ovalle, MD, just after Maeve was born.

When Sarah Chavka Flynn was diagnosed with epilepsy at 15, her doctors thought she had a childhood form of the condition. They told her she would probably outgrow it by her early 20s. But those years came and went, and the epilepsy remained.

Then, in 2015, she decided she wanted to become a mom. And she began to worry that epilepsy might make it hard to get pregnant or have a healthy pregnancy.

Planning for the unpredictable

Not so, says Rush neurologist Maggie McNulty, MD. She wants women with epilepsy to know that their condition is not an obstacle to a healthy pregnancy. “The good news,” she says, “is that almost every woman with epilepsy can have a very normal pregnancy and normal birth — everything can go smoothly.”

However, she notes that planning is important — specifically when it comes to potential effects of anti-seizure medications on the baby.

Sarah was living in Chicago’s southwest suburbs when she was first diagnosed with epilepsy. Her neurologists at her local hospital helped her manage her condition by regularly monitoring her EEGs, or electroencephalograms, which measure electrical activity in the brain.

But just before her 21st birthday, she had two severe seizures. After extensive research of Chicago area neurology teams, she chose Rush for its highly renowned neurologists and epileptologists, not to mention its particular focus on women’s health. So she went to the Rush Epilepsy Center at Rush University Medical Center to learn about more treatment options.

From there, Sarah’s life suddenly changed, for the better.

Sarah met with Adrianna Bermeo-Ovalle, MD, a Rush neurologist. Bermeo’s expertise in women’s health and epilepsy was great for Sarah, and it became particularly helpful a few years later when she started trying to get pregnant while managing her epilepsy.

To navigate epilepsy and pregnancy, Bermeo notes that you need to understand the effect of sex hormones on seizures and anti-seizure medications in order to ensure the safety of the baby and the mother. Finding this balance is particularly important for women going through fertility treatment, which involves hormonal therapies. Statistically, women with epilepsy have a higher rate of infertility, so they may be more likely to need fertility treatment.

“One very important point,” she notes, “is that there are a lot of variations that happen with a patient's epilepsy regarding changes in sex hormones during the regular menstrual period, particularly during the assisted reproductive technology management, and certainly during the pregnancy.”

A team approach to fertility and epilepsy

Given these factors, Sarah feels it was Rush’s special emphasis on doctor-to-doctor collaboration that really helped her determine her options.

When she had difficulty getting pregnant, her gynecologist suggested she see Mary Wood Molo, MD, a reproductive endocrinologist at Rush who specializes in fertility treatments like in vitro fertilization, or IVF. For Sarah, it wasn’t always clear what triggered her epilepsy or how it affected her fertility, but she knew it was tied at least in part to estrogen and other hormone fluctuations. Under Wood Molo’s care, Sarah became pregnant via IVF.

As part of the IVF process, Sarah underwent egg harvesting. Before that could happen, she first needed to receive fertility treatments for two weeks to promote follicle stimulation of the ovaries for egg retrieval. Before egg retrieval, Sarah received what’s called a “trigger shot,” which is a large dose of human chorionic gonadotropin (HCG) hormone, a hormone that occurs naturally during pregnancy.

During her first round of IVF, she ended up being sensitive to HCG. Twenty-four hours later and 12 hours before retrieval, she suffered a seizure. After being hospitalized, she still wanted to go ahead with the egg retrieval. Unfortunately, that round was unsuccessful.

After another year of fertility treatment and three more rounds of IVF with Wood Molo, the procedure was a success and Sarah was pregnant. She continued balancing her anti-seizure medications with the hormones she was still taking as part of the fertility treatments.

Six weeks into her pregnancy, however, Sarah had another seizure. Bermeo counseled her not to panic and adjusted her medications as the pregnancy progressed.

“We were able to adjust the medications actively and monitor her closely through the pregnancy,” says Bermeo. “We had a very involved communication process with all the teams that she worked with during the pregnancy.”

Throughout her pregnancy, Sarah went to Rush once a month. Her care team adjusted her anti-seizure medications, monitored medication levels and counseled her about self-care — all with the goal of balancing epilepsy and pregnancy.

When Sarah was ready to deliver her baby, Bermeo received regular updates and was ready to get involved if Sarah had a seizure or other epilepsy-related issues during labor and delivery.

After Sarah gave birth, Bermeo came to see her and her new baby girl, and even took a picture with the new mom and daughter to mark the occasion.

What sets Rush apart, according to Bermeo, is the multidisciplinary collaborative focus on women with epilepsy of childbearing age and placing their needs at the center of care from planning to delivery.

Today, Sarah is bringing up her daughter and working as a speech therapist — and she has been seizure-free for five years. She’s also continued working with her Rush care team to manage her epilepsy as she raises her daughter, Maeve. “She is fierce,” says Sarah of Maeve.

Maeve turned four this year. And Sarah remains grateful to the care team that allowed her to have a healthy, well-managed pregnancy and birth. 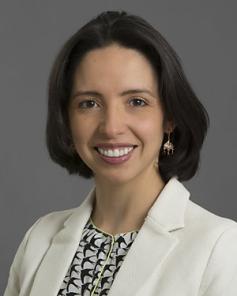 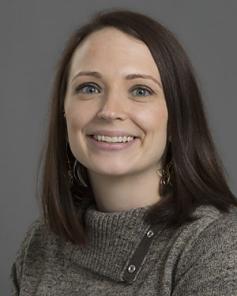 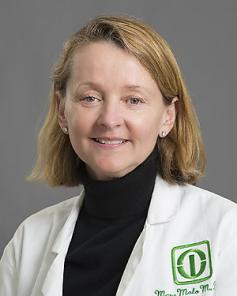