When Kody O'Connor's physician referred him to the Rush Multiple Sclerosis Center in the summer of 2017, he was nervous about the idea of handing his care over to a big academic center. Now he says, "It was the best decision of my life."

O'Connor, 30, of Harwood Heights, owns a company that staffs games with officials for various sports leagues. After experiencing months of alarming symptoms that included vertigo, dizziness, tremors, trouble with his eyes and balance, and a sensation in his legs he describes as "feeling like Jello, but with spiders," he was diagnosed that spring with remitting relapsing multiple sclerosis (RRMS), the most common type of multiple sclerosis (MS), a disease of the central nervous system.

"I was happy they'd finally figured out what was causing all of this, but I was terrified," O'Connor recalls.

Each person’s experience with MS is different. RRMS can go away for a period of time but later return. O’Connor's first neurologist treated him with steroid pills and then an injectable drug that helped alleviate O’Connor's MS symptoms but had severe side effects, including high fevers and erratic emotions. He soon decided the trade-off wasn’t worth it; he needed something different.

That was how O'Connor came to Rush, where neurologist and MS specialist Fabian Sierra-Morales MD, prescribed a newly approved MS drug, Ocrevus (ocrelizumab).

O'Connor has been thrilled with the results. "The medicine isn’t 100 percent effective, but it's pretty darned close," he says — and he hasn't had side effects, either.

"I no longer have a constant dizziness, or a feeling of Jello-like legs," O'Connor says. "Before, I could barely pick up my foot without losing my balance. Now, I can stand on one foot, with the other leg raised as high as it will go."

He still fights fatigue and says, "heat and humidity are not my friends. But I don't hide from the world like I used to. The medicine has done that for me. It helps me function and face the world."

Ocrevus, administered to patients intravenously twice a year, not only manages the symptoms of multiple sclerosis, it also disrupts the disease process by removing B-cells, which play a key role in MS. Rush was the first center in Illinois, and one of the first in the nation, to offer this game-changing drug.

RRMS is one of several types of MS and the most common. Another type is primary progressive MS (PPMS), in which patients lose neurologic function steadily from the outset, without experiencing remissions or relapses. Relapsing progressive and secondary progressive multiple sclerosis (RPMS and SPMS) may occur later in life for some people with RRMS, mostly if not adequately treated early on.

Ocrevus can be used to treat RRMS and PPMS. It is one of six intravenous — or infusion — drugs developed to combat MS that can be administered on an outpatient basis. (Other treatments may be given orally or as shots.) Ocrevus takes about six hours to infuse, every six months, and the patient will spend the better part of a day at the infusion center. Other IV drugs take more or less time to infuse, and are administered on different schedules. At Rush, every patient's treatment is assessed and perhaps adjusted on an ongoing basis by one of the four physicians or the dedicated nurse practitioner affiliated with the Rush Multiple Sclerosis Center.

When deciding which treatment to prescribe, they take a number of things into account, including how active the disease has been — especially in the past year — and the degree of disability the patient is experiencing. The patient's preference is also a key factor, of course.

"Some people don't like infusions. Others don't want to keep track of pills. Patients participate in the management of their disease, based on what they want and what they can achieve. The important thing is to try to understand the disease and all the options," Sierra-Morales says.

World-class care with a cozy feel

Spurred by the success of Ocrevus and the development of several other infusion drugs for MS, Rush expanded its infusion center from eight to 15 private or semi-private bays, all equipped with iPads to help the patient pass the time, says Christopher Johnson, practice administrator for the Department of Neurological Sciences at Rush. (Patients can pull a curtain around themselves in the semi-private bays.) The revamped center was unveiled in August 2018.

Each patient is assigned a nurse, whose workspace during the infusion process is only feet from the patient, says John Maldonado, the department's operations manager.

"When we were building out this new space, it was really important to the physicians — and to those of us behind the scenes — to maintain that small-clinic feel and the one-on-one interaction between patients and their dedicated MS nurses," Maldonado adds.

The patient's nurse is also available by phone when the patient is back in the routine of daily life. O'Connor says his nurse has been "calming and encouraging" when he comes into the center, and responsive when he has needed to contact her from work or home.

"We have a really good team," Sierra-Morales says. "We all work to build the relationships with patients so they feel connected."

Not just a number

That cozy feeling and personalized attention won O'Connor over. He says he appreciates the seamless approach the MS Center's staff takes to patient care. Among other things, they've helped him navigate insurance coverage — his insurance company eventually picked up most of his treatment — and lower his co-pays. On his own, O'Connor would not have known about these options.

Another benefit is that doctors are always on premises to provide immediate educational and medical assistance when needed. "They know you by name. They educate you, and they help you help yourself to stay healthy. You can use them as a resource," O'Connor says. And if serious problems arise, "I have the comfort of knowing I could be seen tomorrow and have a plan in place tomorrow.

"I thought I was going to be just a number at a place like Rush, but they really care; they want to see you get the best out of everything," he adds. "I'm doing things I was ready to give up on in terms of work, recreation and relationships. Thanks to my treatment, I'm a high-functioning human being, running a business, living a life. If you have MS, don't dillydally. Go to Rush." 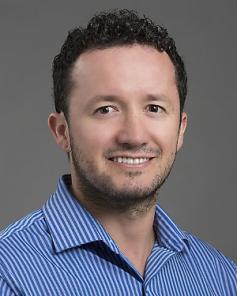