The day Diane Grandgeorge was diagnosed with breast cancer was one of the scariest days of her life.

She remembers the phone call she received shortly after her regular mammogram and ultrasound. The radiologist told her the diagnosis, and she started to cry.

Although her diagnosis was overwhelming and scary, she says, “The care I received was phenomenal.”

Her care began with that phone call. After the radiologist left the call, nurse navigator Michelle DeHass, RN, remained on the phone to answer questions and provide Diane with the information she needed. She gave her a schedule of appointments, which included an MRI and an appointment with a surgeon.

“By Michelle taking the lead and scheduling all of my appointments, it removed so much weight off my shoulders,” Diane says. “It allowed me to process everything without worrying about scheduling appointments.”

While they were on the phone, Diane’s husband got home from work — and DeHass went through everything again so he could hear firsthand and ask questions.

When Diane went for her MRI biopsy, DeHass was there to assist the physician. But she was also there for Diane, preparing her for what to expect and holding her hand during the procedure.

“She was my friend when no one else could be there,” Diane says. “She gave me peace. That’s what you want when you’re going through this. It’s very scary.”

DeHass also was quick to call with test results. Waiting after a test is the hardest part, Diane shares. On one occasion, DeHass called her just 15 minutes after she had left the office to give her good news.

People to help along the way

As a nurse breast navigator at the Midwest Center for Advanced Imaging, RUSH Copley’s breast center, DeHass educates, coordinates and navigates the patient through their journey after abnormal breast imaging.

“Encouragement is a huge part of what we do,” she says. “We are honest but uplifting, too. We tell them it is doable, they are not alone, and there are people to help them along the way. They know we are their allies. They can reach out to us for all of their needs.”

Diane appreciated the time and information DeHass gave her. “I absolutely loved her,” she says. “She made this experience so much easier on me and my family. Michelle was my angel.”

Diane says she received wonderful care from all of her doctors, too.

Surgeon Allen Bloom, MD, performed her surgery in May. He and his staff were “just as fantastic,” she says. He called her personally with results and to answer questions, even calling on a Friday evening so she could have peace of mind over the weekend.

After her surgery, Diane’s treatment consisted of 4 1/2 weeks of radiation, five days a week. She received her schedule a month in advance, and appointments always ran right on time. Radiation oncologist Sumita Bhatia, MD, spent an hour answering questions. Diane’s primary care provider, Garrett Katula, DO, called to check on her, asking what he could do to help or provide guidance and offering to answer any questions.

She is now receiving treatments of tamoxifen and will for the next five years. Ho Myong, MD, is her oncologist, another doctor she described as “organized, kind and nice.”

Now — six months after her diagnosis, surgery and weeks of radiation — she is relieved that her recent mammogram showed no sign of cancer.

Diane felt compelled to share her story after hearing the experience of several others.

“I realized how extraordinary the care was that I received at Rush Copley,” she says. “My care was phenomenal, and I was blessed with a great team of doctors, nurses and staff.”

So she wrote a letter to RUSH Copley President and CEO John Diederich to say thank you for providing such wonderful staff and care. “They made everything easy,” she says.

Communication contributed to her good experience.

Communication is important among the members of the medical team and between patients and their physicians, Bhatia says. “Your physician is your quarterback, giving you advice and guidance,” she explains. “Trust is very important, and you need to communicate in order to have trust.”

Bhatia focuses on integrative medicine, treating the patient as a whole person by blending conventional medicine with complementary therapies, such as massage or yoga, to help relieve their anxieties.

“It’s an unfamiliar, scary experience,” she says. That’s why she explains processes and offers tips and tricks to help her patients relax. She involves social workers in their care and recommends patients take advantage of the programs and services offered at no charge by Waterford Place Cancer Resource Center. With all of this, she says the patient is in a better place to fight their cancer and get better results.

Diane appreciates the whole person approach and the kindness and compassion she received.

“The care that I received was above and beyond any other health system around,” she says. “I felt taken care of.” 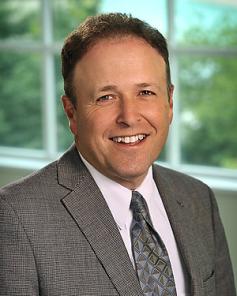 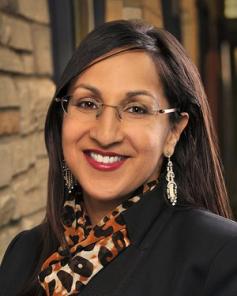 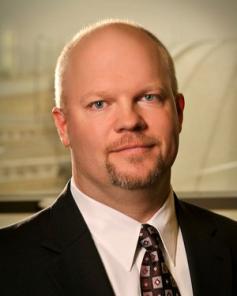 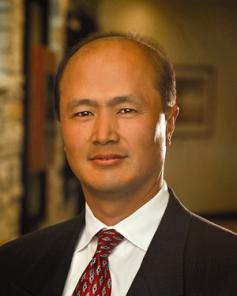