On a Saturday morning in early February at his home in Montgomery, Illinois, Carson Cathey awoke feeling weak and numb on his left side.

"Half my face was numb and my one arm was numb,” he says.

To try to shake off that feeling, the 16-year-old football player and weightlifter got out of bed. But instead of standing up, he fell immediately to the floor, and he couldn’t move.

Carson didn’t know it then, but he was having a stroke.

Series of miracles ‘in the right place at the right time’

Sixteen is very young to have a stroke, and Carson had no known risk factors, so it would take a few days to figure out the cause. But first, he needed medical care — right away.

With stroke, time is brain. Quick intervention reduces the risk of debilitating damage from the stroke. The most effective interventions must be delivered within a small window of time.

A few key factors accelerated Carson’s care, not only saving his life but also lessening the injury to his brain.

“Every single day, it seems there was a different miracle,” his father, Patrick Cathey, says. “And everything had to happen in the right place at the right time.”

First, because Patrick was home, he heard his son fall, rushed to his side and called 911. Paramedics quickly arrived and took Carson to Rush Copley Medical Center in nearby Aurora, Illinois.

At Rush Copley, Kevin Chang, MD, an emergency medicine physician with Aurora Emergency Physicians, LLC, quickly recognized the signs of stroke — even though a stroke in a person as young as Carson is very unusual — and the need for a neurologist to make an urgent decision on care. Chang ordered a CT scan, which ruled out a hemorrhagic stroke, and used Rush’s TeleStroke system to connect himself and Carson with neurologist and stroke specialist Alejandro Vargas, MD, who was on duty at Rush University Medical Center in Chicago.

The options to intervene in a stroke, to try to stop it in its tracks, depend on the amount of time that has passed since the stroke started; the more time that passes, the fewer options there are for treatment and the greater the risk of permanent damage or even death.

Bringing experts together in an instant

With Chang by his side and Vargas 34 miles away but communicating via teleconference equipment that had been wheeled up to Carson’s bed — a “stroke robot” performed a head-to-toe neurological exam. Vargas could see and communicate with Carson while the robotic equipment gathered the information from the exam.

With the stroke robot on and the TeleStroke connection established, doctors could determine that it was a stroke and assess where in the brain it was happening, Chang says. They could gather facts about what Carson experienced, and check the extent of weakness on his left side, his speech, his visual recognition and his coordination.

“The TeleStroke robot and video consultation is a very smooth process,” Chang says, adding that it is a frequently used resource in the emergency department.

Fortunately, the teen was able to tell Vargas a crucial detail: He had already gotten up that morning and talked with his father before going back to sleep. Knowing that he had been up and around was crucial. It meant Carson hadn’t had the stroke overnight, but rather within the 45 minutes or so between talking with his dad and waking up the second time.

Vargas said that key fact meant Carson was a good candidate for the blood-clot busting drug tPA, which is used only if it’s clear the stroke had occurred within the past four-and-a-half hours, and the sooner the better. The drug was ordered and administered immediately, and Carson was taken by ambulance to Rush University Medical Center, a designated comprehensive stroke center.

Administering tPA helped to minimize Carson’s symptoms, but his case was complex. “TeleStroke was crucial in bringing together emergency, pediatric and stroke expertise within minutes,” Vargas explains.

Searching for the cause

With the swift intervention of the medication and medical care, Carson recovered quickly.

“On the first day, I could move a little bit more. The second day I could move my body completely, but I couldn't feel my left hand or arm for a few weeks,” he says.

After four days in the hospital, Carson was back home and soon after back to his classes, virtually for the first week, then in person.

His parents, Patrick and Sharri, are proud of how Carson handled the stroke and how hard he worked to recover.

"He just put his head down and barreled through, and he did whatever they needed him too," says Patrick. "He never complained. He just took everything as it came and then asked, 'What's next?' "

Even though Carson was out of immediate danger, his doctors still didn’t know what triggered his stroke — so they couldn’t guarantee he wouldn’t have another. Fortunately for the Catheys, Rush pediatric cardiologist Joshua Murphy, MD, was determined to solve the mystery.

For a stroke with no known cause, doctors always check the patient’s heart. The first echocardiograms of Carson’s heart found nothing of concern, which meant there still was no known cause of the stroke or solution other than taking blood thinners to reduce clotting.

“Dr. Murphy came in and pretty much told everyone, ‘We're not letting this 16-year-old go home until I find the problem,’ ” Patrick says. “And he was amazing. And the best part is, Dr. Murphy said he knew what the problem was, because when he was 37, he had the same kind of stroke.”

The issue Murphy suspected: a patent foramen ovale — or PFO — often called a "hole in the heart."

An ischemic stroke such as the one Carson suffered involves a blood clot traveling to the brain. One way that can happen is if the patient has a PFO in the wall between the right and left upper chambers of the heart.

In people under age 55 who’ve had a stroke with no known cause, nearly half are found to be the result of a clot traveling to the brain through a PFO. The tiny blood clots that develop in everyday life, such as from stubbing a toe, usually are filtered out through the lungs. But if the clot passes through that unclosed flap in the heat, the clot can travel up to the brain and cause a stroke. After extensive testing and evaluation by a stroke specialist and cardiologist, the PFO may be closed to prevent another stroke.

“The hole (foramen ovale) is a natural structure that allows the oxygenated blood to come through the placenta and cross through the hole, which is more like a flap,” Murphy says. “That’s how unborn babies get oxygen.

Usually the hole closes as the baby grows, but it doesn’t always. About 20% of adults are walking around with a hole in their heart. It isn’t treated unless there is a neurological event that brings it to light.”

To look for a PFO, Murphy ordered what’s called an echocardiogram bubble study, in which a solution that generates tiny air bubbles is pushed through the body. If the test shows micro bubbles passing from one chamber of the heart to the other, it means the flap is not closed.

“On a big kid like Carson, it’s hard to see the heart. So you get a cleaner, better image with a bubble study,” Murphy explains.

A first bubble echocardiogram didn’t find a PFO, but Murphy wasn’t convinced. He performed a second bubble study called a transesophageal echocardiogram that allows a clearer image of the atrial septum (wall) and foremen ovale, and it did indeed find a hole in the heart.

Doing what it takes to get back in the game

A few weeks later, Carson was in surgery, and Murphy closed the flap. The PFO closure was a minimally invasive outpatient procedure, but Murphy kept Carson overnight for observation. Carson then went home to recover.

He was able to be more active with each passing day. By March 26 — less than two months after his stroke — he was back to lifting weights and playing football for Oswego High School. Carson said his coaches kept up with his progress and were ready to welcome him back whenever he could return — which turned out to be far sooner than they expected.

Carson carried a U.S. flag to lead the team onto the field at his first game of the short season — a special return to a sport he might not have been able to play again if the cause of the stroke hadn’t been unearthed and treated.

Now Carson knows more about neurology, cardiology and stroke than your average high school junior, not to mention about overcoming the adversity of a serious illness.

“I try to think of the positive side, like ‘When I come back, I'm going to better than I was doing before,’ ” he says. “I'm going to work my hardest because you never know what can happen. Missing out on stuff makes you realize how much you really take for granted."

His advice to others challenged with a serious illness or challenge: "Instead of putting yourself down and being like, oh, this is really awful, just try to work through it."

Polly Tita is a communications manager for Rush Media Relations. 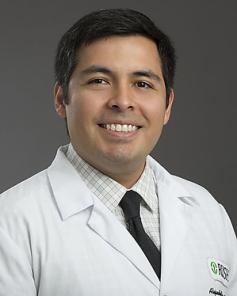 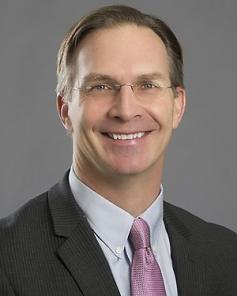 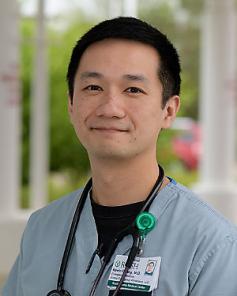