Only a few decades ago, there weren’t many birth control choices available. Now, there are more options than ever, because there’s no one-size-fits-all solution for preventing unwanted pregnancy.

We talked with Kelly Fitzgerald, NP, about the different types of birth control and how they work.

It’s important to note that many of the methods listed here will provide birth control but may not protect you against sexually transmitted diseases. Learn more about STDs here.

How it works: Uses hormones like estrogen and progestin to thicken cervical mucus and/or stop ovulation, which prevents the possibility of pregnancy. Hormonal methods may contain progestin, or a combination of progestin and estrogen.

Oral contraception, also known as “the pill,” is a popular form of birth control that has been around since 1960. The contraceptive patch and ring (a flexible O-shaped plastic vaginal insert) are newer hormonal birth control options.

According to Fitzgerald, “Efficacy rates and side effects of oral contraception, the patch and the ring are very similar, so it may just come down to personal preference.” For instance, you may prefer not to have to remember to take the pill every day; the patch is replaced weekly and the ring is replaced monthly.

Users of these types of birth control will experience a regular “period” every month — but it’s not a true period, it’s something called a “withdrawal bleed.” Withdrawal bleeding occurs when the user takes the last week of pills in the pack, which are sugar pills that serve as placeholders. With both the patch and the ring, after three weeks of use, you simply take a one-week break to begin your “period.”

Efficacy rate (oral contraception, patch and ring): 93% with typical use

The Depo-Provera shot (sometimes just called Depo) is a shot given every three months that contains progestin. The shot effectively stops ovulation, similar to oral contraception, and may lighten your period. The shot also thickens the cervical mucus, which makes it harder for sperm to get through to the uterus.

You need to receive the shot every three months for full effectiveness.

Efficacy rate: 96% with typical use

Long-acting reversible methods of birth control can be used for anywhere from three to 12 years, and typically involve an implanted device.

An intrauterine device (IUD) is a small device that is inserted into the uterus. IUDs can be hormonal (Mirena, Skyla, Liletta, Kyleena) or non-hormonal (Paragard, the copper IUD).

These hormonal IUDs release a low-dose of progestin into the user’s body over several years. Unlike the pill, patch or ring, hormonal IUDs contain only progestin and not estrogen. Similar to other hormonal birth control methods, the progestin thickens cervical mucus and may stop ovulation to prevent pregnancy.

“The amount of hormones in the bloodstream from the hormonal IUD are often less than the birth control pill, because IUDs are inserted directly into the uterus, but IUDs are still highly effective and safe for all,” says Fitzgerald. “Even adolescents or people who haven’t had a baby can use IUDs successfully.”

The insertion procedure for the IUD, while quick, can cause intense cramping. Hormonal IUDs also may cause irregular bleeding —and some people experience reduced or no bleeding after having the hormonal IUD for a while.

The birth control implant Nexplanon is a thin rod, about the size of a matchstick, that is inserted into the upper arm. The implant releases progestin into your body, which thickens your cervical mucus and also stops ovulation, which keeps you from getting pregnant. The birth control implant can be used for five years. This method, similar to the hormonal IUD, may cause irregular bleeding.

Efficacy rate: 99.9% with typical use

The non-hormonal IUD (also called the copper IUD, or Paragard) is an intrauterine device that is placed into the uterus. The copper IUD does not use hormones to prevent pregnancy; rather, the copper wire used in the IUD prevents sperm from fertilizing an egg. Copper ions in the IUD decrease the sperm's ability to move, thus preventing the sperm from passing through the cervical mucus and going on to fertilize the egg.

The copper IUD can be used for up to 12 years. Users of this method may experience heavier bleeding or a longer period than the hormonal IUD.

Efficacy rate: 99.2% with typical use

Ovulation tracking is a birth control method where users track their ovulation cycle and fertile days in order to avoid becoming pregnant. There are several ways users can chart their ovulation — which, ironically, is also a strategy frequently used by people who are trying to get pregnant.

Natural Cycles is a fertility app that requires a user to input the basal body temperature (BBT) to determine fertile days.

The symptothermal method requires users to check their basal body temperature every morning, as well as the consistency of their cervical mucus, to determine if they are currently ovulating. The symptothermal method can be used in conjunction with other ovulation tracking methods, and is a good way to confirm a person’s fertile days.

“Ovulation tracking is a great non-hormonal method of birth control that can be more effective than most barrier methods (see below),” says Fitzgerald. “However, it does require commitment and record-keeping.”

Barrier methods refer to birth control methods that create a barrier to stop sperm from entering the vagina or fertilizing the egg. There are a few different types of barrier methods.

A diaphragm is a dome-shaped silicone cup that's inserted in the vagina hours before sex to prevent pregnancy. To work effectively, a diaphragm needs to be used with spermicidal gel to block sperm from reaching any eggs. A fitting is also recommended with a diaphragm.

“Diaphragms are about as effective as internal condoms,” says Fitzgerald. “However, diaphragms do not protect against STDs, like internal and external condoms do.”

Efficacy rate: 83% with typical use

Spermicide is a birth control method that kills sperm. It comes in different forms, the most common of which are gels and foams. Spermicide should always be used in conjunction with a diaphragm. According to Fitzgerald, “Spermicide can also be used with external condoms or other methods, if desired, for extra protection.”

Efficacy rate: 79% with typical use

A cervical cap is similar to the diaphragm in that it is a silicone cup that is inserted into the vagina before sex. Cervical caps also need to be used with spermicidal gel in order to be effective.

“A consultation with a provider is recommended with a cervical cap,” explains Fitzgerald. “But providers may prescribe a cervical cap without an exam.”

If you're not sure where to start, talk to your provider about family planning to help you understand your options and figure out the right one for your health and lifestyle. In addition to seeing a provider in person, you can also get guidance on birth control if you schedule a virtual visit online.

No matter which method you go with, “birth control is a personal choice,” says Fitzgerald. “What you choose depends on your priorities and your medical history.” 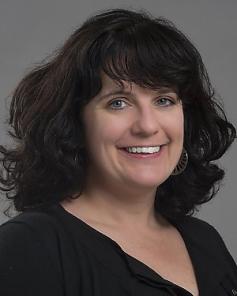