How to stay cool and safe in the summer heat

June was one of the hottest on record in Chicago, and July's already off to a very steamy start. With these near-record temperatures in Chicago and across the U.S., more people are at risk for heat-related illnesses like heat exhaustion and heat stroke.

What to know about heat illnesses

Heat illnesses can occur when the body is not able to properly cool itself. Desai says that while the body normally cools itself by sweating, this might not be enough to combat extreme heat.

“In some cases, your body’s temperature rises faster than it can cool itself down, which has the potential to cause damage to vital organs,” he explains.

Here are some common heat-related illnesses to be aware of:

Despite the fact that all heat-related deaths and illnesses are preventable, heat-related illness kills more people — roughly 600 to 700 — in the U.S. each year than any other weather-related event, according to the Centers for Disease Control and Prevention.

Here are the signs and symptoms of common heat illnesses to watch for:

Who is at risk for heat illness?

If exposed to certain risk factors, anyone can be susceptible to a heat-related illness. However, there are several factors that can further contribute to the effect a heat illness can have on your body:

“Usually athletes have trainers and fellow athletes around them to help prevent heat illness from occurring, but it’s important to remain vigilant regardless,” Desai says. “That’s also true for recreational athletes: Take precautions against heat illness and act quickly if you notice any signs of trouble.”

It’s important to take cooling precautions in hot temperatures to avoid a heat illness, including the following:

Also, check on at-risk relatives and friends during heat waves to make sure they are able to stay cool — and to help if needed. Especially for people who don’t have air conditioning, the summer heat can quickly make living spaces dangerous. 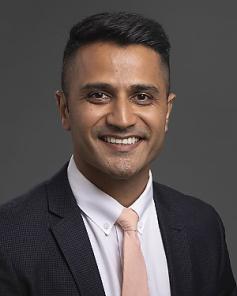 Restoring Health and Fitness with Exercise

Exercise is especially important during a pandemic — it builds...
Exercise & Fitness —

Tips for Going Back to the Gym During COVID-19

How to safely work out and avoid injury as you resume your...