Landmark research to identify the genes associated with autism is helping children and adults on the autism spectrum gain better understanding of their differences and their diagnosis.

Rush University Medical Center is part of an ongoing national research project called SPARK — which stands for Simons Foundation Powering Autism Research — that has been collecting and analyzing DNA samples from tens of thousands of adults and children with autism spectrum disorder. Now, families are learning what, if any, genetic connection has been found between their family member’s autism and their DNA samples.

For 15-year-old high school freshman Joshua Garibay and his parents, their DNA samples found a genetic marker that provided them with important information, including that Joshua’s autism wasn’t inherited from his parents and that, based on what’s known from others who have the same marker, he could be at risk for seizures.

“I’ve been able to connect the test results with some of what we’ve learned in biology about brain cells and figure out that there’s a reason why I function differently than the average human being,” he says. “It's a challenge that I have to overcome each and every day, a challenge that I’m willing to take on.”

Autism spectrum disorder refers to a group of brain disorders characterized by difficulties with social interactions and restricted repetitive behaviors and interests. Spectrum refers to the wide range of symptoms and different levels of disability that autism causes.

Seeking causes of autism in tens of thousands of DNA samples

ASD, which has been identified in one of 54 children in the United States, is diagnosed and treated as a behavioral condition but is genetic in nature. Autism sometimes is passed on by a parent to a child, but it also can be related to a spontaneous (de novo) gene mutation that isn’t seen in the mother or father but affects a child’s brain development. Scientists believe both genetic and environmental factors are involved, but which factors remains a mystery they hope research will solve.

“We don’t really know what causes autism in most people,” says psychologist Allison Wainer, PhD, a member of Rush’s Autism Assessment, Research, Treatment and Services (AARTS) Center team and an assistant professor in Rush Medical College's Department of Psychiatry and Behavioral Sciences. “It’s important to study, because if we can understand the underlying genetic causes or contributions, we can learn what the person might need across their lifetime.”

April is Autism Awareness Month, and this year it marks the fifth anniversary of SPARK, the largest study of autism, which began with a goal of collecting and analyzing DNA samples from 50,000 adults and children with ASD and their family members. So far, SPARK has sequenced DNA from 50,000 participants, including 23,000 people with autism, and Rush has collected 4,400 samples from participants.

Researchers expect to find a genetic difference linked to autism in about 10 percent of these DNA samples. More than 150 genes are strongly associated with autism, several dozen of which were discovered since the SPARK study began. Scientists suspect there could be hundreds more.

“SPARK gives families very advanced genetic testing to explore the cause of their child’s autism, and it may find a genetic variation that led to their autism,” says developmental-behavioral pediatrician Cesar Ochoa-Lubinoff, MD, MPH, associate professor and chief of the Division of Developmental Behavioral Pediatrics in Rush’s Department of Pediatrics. “The hope is that in the not too distant future there will be treatments for some of these genetic causes of autism — treatment that is targeted to the brain of the individual patient.”

“Autism looks different from one person to another,” Ochoa says. “It is a brain-based condition, but it’s not something you can see on an MRI. It’s in the connections between neurons.”

Examining the similarities found between people who have a particular genetic mutation can yield useful information.

“Understanding the genetic pathway can help streamline our understanding of how a particular family might manage autism,” says psychologist Latha Soorya, PhD, director of the AARTS Center and an associate professor of psychiatry and behavioral sciences at Rush.

For example, parents may learn that their child’s genetic difference is associated with a heart or kidney condition or a risk of seizure, or a small facial feature, such as a wide-set eyes.

“In the future, as we understand more about the biology through studies like SPARK, we may be able to connect the genetics to the behavior,” Soorya adds.

SPARK has a two-fold goal: To analyze the study’s genetic findings, and at the same time to connect families with other autism studies, giving them new opportunities and dramatically increasing the number of people who take part in ASD research.

“We have the potential to get away from one label for autism. To have different ways of identifying different forms of autism drives research like SPARK,” Soorya says.

Families participating in SPARK receive initial findings and then annual follow-up results as more genetic markers are added to the list. If a relevant genetic marker is found, a genetic counselor contacts the family to share and explain the finding.

“We received information about things we can do to support Joshua and things to look out for, like absence seizures, which can be hard to notice,” says Rebecca Garibay, Joshua’s mother. “He is really smart, and so it’s always been confusing to him why he can’t always read people the way other people can. It's just nice to know there is a reason and what it is.”

How to enroll in the SPARK autism study

Rush continues to enroll families in SPARK, a process that can be done remotely using a mail-in kit. Any adult with autism or parent of a child with an autism diagnosis is invited to take part. There is no cost to participants, and the collected data is kept private.

To sign up for this study, go to sparkforautism.org/rush. If you have any questions, please email spark@rush.edu. Rush also sponsors virtual and in-person opportunities where those interested can learn more about the study and enroll.

“Something I like to tell families is if you take part, yes, you can get something out of this,” Ochoa says. “But also, you will be helping advance the understanding of the genetic causes of the disease, and that will lead to treatments for autism sooner.”

Educational event for parents and providers

Learn more about autism spectrum disorder, genetics and the SPARK research program at an upcoming virtual event featuring Dr. Cesar Ochoa-Lubinoff on Thursday, April 29, at at 5 p.m. Get details and registration info here.

Polly Tita is a communications manager for Rush Media Relations 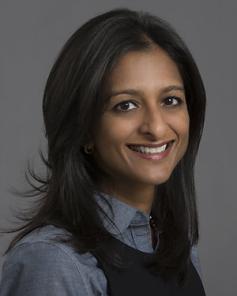