Every complex machine relies on a powerful filter to keep it running smoothly. Your body is no exception. The liver clears your body of toxins and removes harmful substances from your blood.

It also makes proteins, stores glycogen to regulate blood sugar and processes food into energy and nutrients. It is the second largest organ and is extremely resilient.

Even with an incredible ability to heal itself, though, the liver has vulnerabilities. Alcohol, infections, toxins and genetic disorders can cause liver damage, including inflammation, scarring and disease.

If liver disease goes untreated it can lead to cirrhosis, the final stage of chronic liver disease in which healthy liver tissue is replaced by scar tissue. Cirrhosis typically develops over many years, sometimes decades, and leads to liver failure. However, early detection, intervention and drug therapy can prevent life-threatening damage.

One of the challenges with liver diseases is that they can go undetected for years. While some people with liver problems have symptoms of end-stage liver disease like yellowing of the skin, or jaundice, many others have either no symptoms or symptoms such as fatigue that could suggest a number of other conditions.

"Don't ignore elevated liver enzyme tests, even if you don't have any symptoms of liver problems. You need close follow-up and evaluation with a hepatologist," says Nikunj Shah, MD, a hepatologist at Rush University Medical Center.

Alcohol abuse is one of the leading causes of chronic liver disease and cirrhosis — and not just for older adults after decades of heavy drinking, as you might assume.

In fact, a study in BMJ found that deaths from cirrhosis (liver scarring) are on the rise among Americans ages 25 to 34, and that the vast majority of cirrhosis-related deaths among millennials in the U.S. are caused by alcohol abuse. The study looked at death certificate data between 1999 and 2016.

According to the lead study author, casual drinking is not to blame for this disturbing trend. "To die of alcoholic cirrhosis, you have to drink an amount of alcohol that is so far beyond what you would call risky drinking ... This is not someone who accidentally had three drinks a night when they should have had less."

Some possible reasons, the authors propose, why more millennials are dying of alcholic cirrhosis: They're drinking beverages, such as craft beers and IPAs, that have higher alcohol content; they're doing more binge drinking without understanding the potential consequences; and they may be drinking heavily to combat stress, including the huge financial debts many people in their 20s and 30s carry.

Regardless of what's behind the uptick, the best advice for adults of all ages is to avoid drinking excessive amounts of alcohol — especially binge drinking. As much as possible, stick to the recommended one daily drink for women, and two daily drinks for men.

A common misconception is that alcohol abuse is the lone cause of liver disease. "Often when I tell people that they have cirrhosis of the liver they immediately say they don't drink or they've never had alcohol," says Shah. "But there are many other things that can cause liver problems."

Hepatitis B, hepatitis C, fatty liver and genetic conditions, such as Wilson's disease or hemochromatosis, can also cause liver failure. Along with alcohol, Hepatitis C — which causes swelling and inflammation of the liver — is the most common culprit behind chronic liver disease.

Hepatitis B is spread through infected blood or body secretions. It is the most common cause of serious liver infection worldwide. "Fortunately, hepatitis B is now easy to treat with a very effective oral medication," says Sheila Eswaran, MD, MS, a hepatologist at Rush. "It is not a cure, but it controls the disease and prevents cirrhosis."

Hepatitis C — also spread through blood and body secretions — is an increasing public health concern because it often goes undetected, while gradually damaging the liver. In fact, of the roughly four million people in the United States who have hepatitis C, about three million of those people are unaware of it, according to Shah.

One of the biggest at-risk groups for undetected hepatitis C is baby boomers, adults between 45 and 65 years old. According to the Centers for Disease Control (CDC), one in 30 baby boomers has been infected with hepatitis C, and most don't know it.

The CDC recently released new guidelines recommending that all baby boomers get tested for hepatitis C. Expanded testing, along with appropriate care and treatment, could save more than 120,000 lives, according to the CDC.

Although there are medications that can cure the disease, researchers are focusing heavily on developing new drugs that have fewer unpleasant side effects than those currently available.

"There are about 12 to 15 new medications being evaluated for treating hepatitis C," says Shah. "In three to five years, there may be no need to use interferon injections — weekly injections with many side effects — as a part of the treatment."

Often when I tell people that they have cirrhosis of the liver they immediately say they don't drink or they've never had alcohol. But there are many other things that can cause liver problems.

Nonalcoholic fatty liver is another common contributor to chronic liver disease and cirrhosis. "Fatty liver is when fat in your body settles in the liver," says Eswaran. "Over a long period of time that build-up can cause inflammation of the liver, which can cause scarring and, ultimately, cirrhosis."

While fatty liver formerly occurred almost exclusively in alcoholics, it is becoming more common in non-alcoholics due to the rise in obesity and diabetes in the United States. Fatty liver can ultimately lead to inflammation and damage to liver tissue.

Some research suggests that fatty liver is also an effect of insulin resistance. It is estimated that between 70 and 90 percent of people who are obese or diabetic will be affected by fatty liver. Some people can live with fatty liver with no symptoms or complications, and in others, it can lead to chronic liver disease and cirrhosis.

When liver damage has progressed to liver failure, transplant is often the only option. Prior to the transplant, hepatologists evaluate the patient to determine if he or she is a good candidate for a liver transplant and then monitor that patient until transplant.

After the transplant, the patient follows up with the transplant surgeon every week for the first six months. The patient then goes back to the hepatologists, who manage medications and any recurrence of the patient’s original liver problems.

"Before transplant some patients are miserable, in and out of the hospital. Then, six months after transplant, they feel normal again," says Shah

Working closely with the referring physicians and the transplant team, hepatologists at Rush provide comprehensive care to help patients tackle liver problems. "We have excellent relationships with everybody working to get the patient better," says Eswaran.

"Our patients can feel hopeful knowing that treatments are now more effective and easier to tolerate, which will lead to less progression to cirrhosis and complications related to cirrhosis. We are dedicated to patient care, and we do all we can to get the patients feeling better." 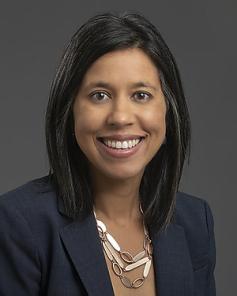 How to recognize and prevent this potentially deadly condition
Healthy Living — August 2, 2021

As the temperature climbs, so does your risk of developing...