December 20, 2017
One serving of leafy greens a day may slow brain aging by 11 years 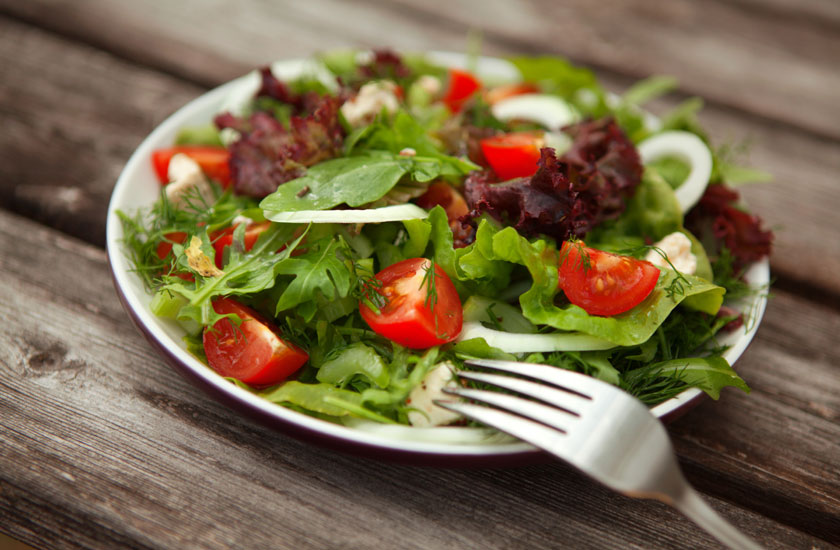 While cognitive abilities naturally decline with age, eating one serving of leafy green vegetables a day may aid in preserving memory and thinking skills as a person grows older, according to a study by researchers at Rush University Medical Center in Chicago. The study results were published in the Dec. 20, issue of Neurology, the medical journal of the American Academy of Neurology.

“Adding a daily serving of green leafy vegetables to your diet may be a simple way to help promote brain health,” said study author Martha Clare Morris, ScD, a nutritional epidemiologist at Rush. “There continue to be sharp increases in the percentage of people with dementia as the oldest age groups continue to grow in number. Effective strategies to prevent dementia are critically needed.”

The study results suggest that people who ate one serving of green, leafy vegetables had a slower rate of decline on tests of memory and thinking skills than people who rarely or never ate them. The study results also suggest that older adults who ate at least one serving of leafy green vegetables showed an equivalent of being 11 years younger cognitively.

The study enlisted volunteers already participating in the ongoing Rush Memory and Aging Project, which began in 1997 among residents of Chicago-area retirement communities and senior public housing complexes. A “food frequency questionnaire” was added from 2004 to February 2013, which 1,068 participants completed. Of them, 960 also received at least two cognitive assessments for the analyses of cognitive change.

This study involved these 960 people, who at the study start were an average age of 81 and did not have dementia. They had their thinking and memory skills tested every year and were followed for an average of 4.7 years. The participants also completed the food frequency questionnaire, which assessed how often and how many half-cup servings they ate of either spinach; kale/collards/greens; or a one-cup serving of lettuce/salad.

Overall, the participants’ scores on the thinking and memory tests declined at a rate of 0.08 standardized units per year. Over 10 years of follow-up, the rate of decline for those who ate the most leafy greens was slower by 0.05 standardized units per year than the rate for those who ate the least leafy greens. This difference was equivalent to being 11 years younger in age, according to Morris.

The results remained valid after accounting for other factors that could affect brain health, such as seafood and alcohol consumption, smoking, high blood pressure, obesity, education level and amount of physical and cognitive activities.

“The study results do not prove that eating green, leafy vegetables slows brain aging, but it does show an association,” Morris said. “The study cannot rule out other possible reasons for the link.”

Because the study focused on older adults with the majority of participants being white, the results may not apply to younger adults and to people of color. The results need to be confirmed by other investigators in different populations and through randomized trials to establish a cause-and-effect relationship between the eating leafy greens and reductions in the incidence of cognitive decline, Morris said.

The study was supported by the National Institutes of Health grants R01AG031553 and R01AG17917, and the USDA Agricultural Research Service cooperative agreement 58-1950-7-707.

Alzheimer’s disease and aging experts are conducting a national clinical study to determine if exercise may be an effective non-drug intervention for maintaining cognitive fitness.

Eating a group of specific foods may slow cognitive decline among aging adults, even when the person is not at risk of developing Alzheimer’s.

People who reported being hungry often as children have slower cognitive decline than people who always had enough food to eat.