Martha Clare Morris, ScD, a pioneering researcher of the connection between diet and Alzheimer’s disease, died peacefully following a battle with cancer on Feb. 15 in her home in Oak Park, Illinois, surrounded by her family. She was 64 years old.

Morris was a professor in the Department of Internal Medicine, assistant provost of community research and the director of the Rush Institute for Healthy Aging at Rush University Medical Center. She also was director of the internal medicine department’s Section of Community Epidemiology.

For more than 20 years, her work in nutrition and dementia was funded by numerous grants and resulted in many important findings published in high impact medical journals. Since 2017, she had led a nationwide clinical trial of the effectiveness of a diet she helped develop in preventing Alzheimer’s dementia.

“Dr. Morris pioneered and promoted the use of diet as a medicine to keep the brain healthy. Her studies have paved the way for more in-depth characterizations. Her impact on Rush has been tremendous, and her contributions will have a long-lasting impact on our community and the scientific community around the world,” said Dr. Ali Keshavarzian, the Josephine M. Dyrenforth Chair of Gastroenterology and chief of the Division of Digestive Diseases at Rush.

“She was an outstanding human being, an exceptional scientist and dear colleague. She will be greatly missed,” Keshavarzian added.

Early in her career, Morris realized there was a correlation between nutrition and dementia and set out to find the science to prove it.

“She had the insight to apply dietary epidemiology to the causes of Alzheimer’s disease. That’s a very strong insight, and she had it very early,” said Dr. Denis Evans, Morris’ predecessor as director of the Institute for Healthy Aging.

At the time, few studies had explored this link, and Morris worked hard to fight the misconception and biases that dementia was merely a genetic disease. Despite a lack of initial support and funding from the larger scientific community, Morris’ unrelenting pursuit of her studies greatly contributed to the burgeoning field of nutritional epidemiology that exists today.

Dr. Julie Schneider saw Morris’ passion and never quit attitude when she first arrived at Rush in 1996. “She was just an amazing person. Whether funding for grants was good or bad, she always pursued her research and never gave up,” recalled Schneider, the Deborah R. And Edgar D. Jannotta Presidential Professor of Pathology and Neurological Sciences and the associate director of the Rush Alzheimer's Disease Center (RADC).

They also immediately became friends, bonding over their pursuit of better understanding of Alzheimer’s. “Even though I was a neurologist and neuropathologist, and she was a nutritional epidemiologist, we would find ourselves having conversations about what was happening in the brain and different vitamins related to cognitive decline,” Schneider said.

“Martha Clare was an extraordinarily hard worker, and her dedication was a very important factor in her success,” said Evans, who first hired Morris to work for him when he was at Harvard University and then recruited her to Rush in 1992. “When you come in as a pioneer in the field, your first efforts rarely meet with the success they deserve, but her efforts from the start were published in excellent journals.”

Morris’ hard work and perseverance paid off. A series of her studies revealed various nutrients associated with a lower risk of Alzheimer’s and cognitive decline. Those studies resulted in a pilot grant from the Rush Translational Sciences Consortium to measure diet among participants of the RADC’s Memory and Aging Project, a long term study of memory loss in older adults.

This work led to Morris’ breakthrough achievement: the creation of the MIND diet. Taking results from her research and incorporating elements of various diets, she developed the MIND diet with colleagues at both Rush and Harvard.

Morris published her initial findings on the MIND Diet in Alzheimer’s & Dementia: the Journal of the Alzheimer’s Association, in 2015. It took the science community by storm.

The MIND diet recently was ranked among the top 10 diets for a fifth consecutive year in U.S. News & World Report and was deemed to have not only long-term cognitive benefits but cardiovascular health benefits as well. In all, the MIND diet was ranked in seven categories this year.

The excitement around the findings of the MIND diet inspired Morris to author the book Diet for the Mind, which was published in 2017. The book summarizes the benefits of the MIND diet and Morris’ lifelong research into the connection between nutrition and the prevention of cognitive decline, and includes 80 brain-healthy recipes that were designed by her culinary trained daughter, Laura.

At the pinnacle of her success

Morris’ creation of the MIND diet led to a large clinical trial currently underway to evaluate the link between the MIND diet and cognitive decline. The first study of its kind, the trial received funding through a $14.5M grant from the National Institutes of Health (NIH) and began in 2017.

“She was on her way to get further answers about how nutrition affects brain health,” said Dr. Jochen Reiser, the Ralph C Brown, MD professor and chairperson of the Department of Internal Medicine at Rush. “To be funded by the NIH allowed her to address this very important question.”

She also was a principal investigator or co-investigator of more than a half dozen NIH-funded studies of diet and nutrition’s effects on Alzheimer’s disease and other neurological conditions. Her collaborators on these studies included Schneider, Keshavarzian and others at Rush; peers at other Chicago research universities; and colleagues in the United States and Australia.

Morris was an author or contributor to more than 80 articles in peer-reviewed journals and served two terms (from 2011 to 2013) as chair of the NIH’s Neurological, Aging and Musculoskeletal Epidemiology Study Section.

In addition, she helped expand Rush’s research capacity. “Martha Clare was an integral part of Rush’s successful application for a Clinical and Translational Science Award from the National Institutes of Health, in partnership with the University of Chicago,” says Dr. Joshua Jacobs, vice president for research and chair of Rush’s Department of Orthopedic Surgery.

“This CTSA award has allowed Rush to join a national network of leading academic medical centers that aims to accelerate the translation of biomedical research advancements to improvements in public health. Martha Clare’s contributions to this effort were profound. We are deeply grateful for all that she has done for the Rush research enterprise and for her impactful contributions to science.”

“She essentially passed away at the pinnacle of her success,” Evans said.

A widespread impact and enduring legacy

The MIND diet has grown into a multi-institutional effort to study aspects of the diet in brain health, inflammation and the microbiome (the microbes inside the human body). Harvard, Duke University and other institutions have become involved and led a variety of projects.

Morris was involved with the selection of each study’s leadership, and every aspect of the MIND diet has been vetted through her – a testament to her commitment to the prevention of dementia and cognitive decline.

She inspired researchers and scientists throughout the world. Schneider said that colleagues from Europe, Australia, Canada and elsewhere have expressed their condolences and shared their grief over Morris’ passing.

“She was always enthusiastic and passionate about her work. It was a huge loss, for the dementia research community within and outside of Rush,” Schneider said.

A unique kind of balance

Morris (née Chinn) grew up in Homewood, Illinois. She earned bachelor’s and master’s degrees in sociology from the University of Iowa in Iowa City, where she met her late husband, James Morris, whom she married in 1978.

She worked as a clinical coordinator for Dr. Robert Wallace, an endowed professor in the University of Iowa's School of Public Health and member of the Institute of Medicine. While she and her husband lived in Iowa, they had three children. She also was three years into earning a doctorate from UI when her work directing one of Wallace’s studies drew a job offer from Harvard University Medical School.

Morris moved her family to Boston, with her husband’s support. “He wanted her to flourish,” their son Patrick said.

She worked as a project director on Harvard studies at Brigham and Women’s Hospital and soon resumed her pursuit of a doctorate at Harvard’s School of Public Health — while also raising her young children. This daunting juggling act was the happiest time of her life because, for Morris, “it was balanced,” said her daughter Clare Crowley.

Morris studied under famed diet researcher Dr. Walter Willett, at the time the chair of the Department of Nutrition, and received her ScD in epidemiology in 1992.

‘She was a force’

Morris threw herself into her personal passions as fervently as she did her work. She loved parties, dancing and music, particularly the blues. She played piano, sang in church choirs and never turned down an opportunity to take in a live musical play or concert.

She also loved the outdoors and adventure travel, including mountain biking in Mexico, ocean kayaking in Vancouver and hiking in Big Sky, Montana. “She was a force of nature, force of energy, force of love,” her daughter Laura said.

Her husband passed away in 2012. In addition to her children, Morris is survived by her sister, Emma Jane Conley, brother, March Chinn, and sister-in-law Cathy; sons-in-law Pete Crowley and Dr. Darcy Marr and daughter-in-law Rachel; six grandchildren, whom she loved playing with; and dozens of nieces and nephews.

A celebration of her life will be held on Saturday, March 14, at 11 a.m. at the 19th Century Club, 178 Forest Ave. in Oak Park. In lieu of flowers, the family asks that donations in Morris’ memory be made to the Alzheimer’s Association. 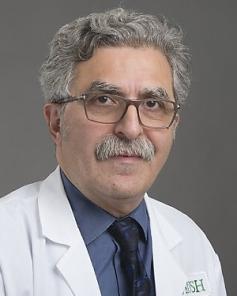 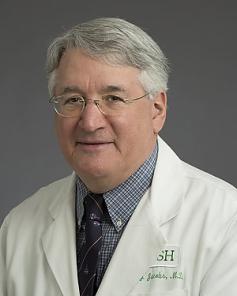 Chicago magazine recognizes 15 physicians based on feedback from...
Awards, Rankings and Recognitions