As young, busy mother, Kim Hartley had not been to the dermatologist for regular skin checks since she was a kid. Still, she knew her fair skin, blue eyes and red hair put her at a higher risk for skin cancer.

That’s why she spoke up about a new spot on her lower leg when she went in for a Botox treatment with her cosmetic dermatologist. The doctor took a close look and decided to do a biopsy, which revealed that Kim had melanoma, the most serious form of skin cancer.

“My main reason for going to my dermatologist was for Botox that day, and that basically saved my life,” Kim says.

Kim’s dermatologist made it clear that quick treatment was key, and she recommended several physicians who specialize in removing melanoma. When Kim met with Cristina O’Donoghue, MD, a surgical oncologist at Rush University Medical Center, she knew she had found the best fit for her.

“Dr. O’Donoghue didn’t fit any of the surgeon stereotypes,” Kim says. “She had an amazing bedside manner. Getting told you have cancer is very emotional. Then, we’re also in the middle of a pandemic, so I was worn out from that perspective too. But Dr. O’Donoghue helped me through this by clearly laying out our plan. She walked me through everything I could expect during the surgery. I couldn’t believe how much time she spent with me making sure I understood everything that was going to happen. And having that plan really helped me stay focused on my care and moving forward.”

O’Donoghue noted that the surgery would be an outpatient procedure, so Kim would not have to spend the night at the hospital. She also discussed how her team would do a lymph node biopsy during the surgery to determine if the cancer had spread. O’Donoghue explained that the location of the melanoma on her lower leg meant that Kim should expect to be much less active during her recovery after surgery.

Kim opted to have her surgery with O’Donoghue at Rush Oak Park Hospital because she was able to get in more quickly. And the surgery was a success.

O’Donoghue removed the melanoma. All the margins were clear, which meant that no cancer cells remained in the tissue surrounding the melanoma and that Kim would not need additional surgery, chemotherapy, immunotherapy or radiation therapy. The lymph node biopsies also confirmed that the cancer had not spread.

“It was the best possible news,” Kim says.

“I tell this to all of my friends now: Just be aware of new spots or spots that change, and get someone to look at it."

As O’Donoghue had explained, Kim’s recovery process was difficult at times. For the first two weeks, she had to keep her leg immobile, and it was in a temporary cast. She saw O’Donoghue for weekly follow-ups and continued to make progress.

After the cast came off, Kim got crutches to help her move around and eventually moved into a walking boot. When she was finally able to remove the boot, Kim headed to physical therapy. She spent three days a week with her physical therapist working to regain her muscle strength and range of motion. And today, she is back to her former active self.

Kim now goes into the dermatologist for mole checks every three months. And she has four-month follow-ups with O’Donoghue, who monitors her for any health changes that could signal that the melanoma has returned or spread.

Kim has also made changes to her everyday life, becoming much more aware of protecting her skin and making sure she and her daughter are always wearing sunscreen.

“My mentality toward sunscreen has definitely changed,” she says. “I had mole checks when I was younger but I never had any issues, so I think that made me feel like nothing would go wrong.”

She also checks her own skin regularly. “It’s easy to check your skin and just be aware of any changes — that’s really what led to my successful results at this point,” she says. “I tell this to all of my friends now: Just be aware of new spots or spots that change, and get someone to look at it. I was lucky that I noticed mine when I did.” 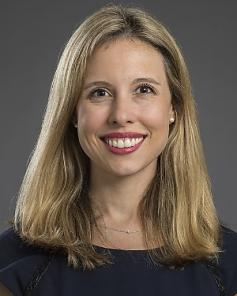