Multiple sclerosis (MS) is a disease that looks different in everyone who has it — and you may know more people who have it than you think.

According to Thomas Shoemaker, MD, a Rush neurologist and MS expert, the disease “is much more common than people appreciate.” In fact, one recent estimate suggests that the disease affects one in every 300 to 500 people.

“I hear from a lot of my patients that after they were diagnosed, friends and family come out of the woodwork to share their own MS diagnoses,” Shoemaker says. “That speaks to the fact that many people who have MS can live relatively normal lives without showing external signs of the disease.”

Maintaining an active, healthy life is possible with the latest treatments for MS. The Rush Multiple Sclerosis Center at Rush University Medical Center in Chicago offers about 20 different therapies, from pills to injections to infusions.

MS is a chronic, inflammatory autoimmune disease that affects the central nervous system.

Nerves in the brain and spinal cord are coated in myelin, a layer of protein and fatty substances that helps the nerves transmit signals quickly to the rest of the body. These signals control movement, vision, speech, swallowing and sensation.

When you have MS, your immune cells attack and break down the myelin sheath. Over time, the resulting inflammation damages the nerves, slowing or blocking the transmission of signals.

Symptoms depend on which nerves are damaged and which signals are interrupted. That’s why MS symptoms can vary so widely from person to person, and why the effects of the disease can be so unpredictable.

While we don’t yet know what initially triggers MS, and there’s currently no cure, treatment options have advanced significantly over the last five years. “We have so many effective therapies that we feel quite confident we can either prevent or delay much of the disability progression,” says Shoemaker.

Most MS is the relapsing-remitting type. Inflammatory attacks on myelin that cause symptoms are called a “relapse,” which is followed by symptom improvements, or “remission.”

Even if you’re diagnosed early and aren’t experiencing severe symptoms, Shoemaker recommends starting treatment as early as possible. Those who start treatment early are less likely to reach certain disability milestones like needing a cane or walker. “A lot of people will say, ‘I don’t need strong therapy because it’s not that bad’ — but treatment is preventive. We want to prevent your disease from becoming bad,” says Shoemaker.

Disease-modifying therapies (DMTs) can reduce the frequency and severity of relapses and protect against permanent damage. In combination with medication to treat symptoms (e.g., medications to reduce muscle spasms or fatigue) and lifestyle modifications like eating a healthy diet, DMTs are key to making MS manageable.

Because there are so many DMTs available, Shoemaker works closely with each patient to select which one to use. “Deciding which therapy would be best is really a patient-centered decision,” he says.

“We have so many options, from some that are two pills taken twice a day to some that are infusions twice a year. We’ll talk about the effectiveness of each, the possible risks and the route and timing of administration. It all depends on what you’re most comfortable with.”

Infusion therapies are the most popular treatments among Shoemaker’s patients: Nearly half of them have chosen to be on ocrelizumab (brand name Ocrevus), a monoclonal antibody infusion that’s given twice a year. Rush was the first place in Illinois, and one of the first in the nation, to offer this medication.

While it’s possible for some DMTs to be infused at home, most people choose to come to the Rush Multiple Sclerosis Center. The oldest and largest MS treatment center in the region, the center has pioneered new treatments and has also been the first to offer many new therapies.

In 2018, the center opened a state-of-the-art infusion suite equipped with 15 infusion chairs in private and semi-private bays. The center’s team handles more than 3,300 infusions every year.

Each visit begins with a check-in meeting with a nurse who specializes in MS infusions. The nurse then administers the medication through an IV. Sometimes a pre-medication like an antihistamine, steroid or pain reliever is used to help ensure that there aren’t any side effects — and if someone has a reaction to a medication, the whole Rush University Medical Center care team is right outside the door.

Ocrelizumab infusions take about six hours; other medications can take more or less time. Patients report that the process is very comfortable: Some people read; others work on their laptops or the iPads provided in each bay. And many people just use the time to relax. “Some patients really like the opportunity to take a guilt-free nap,” Shoemaker says.

Rush MS patient Angie Randall gets a two-hour infusion of natalizumab (brand name Tysabri) once a month at the center. Diagnosed in 2015 at age 29, she lives a full, active life as the owner of a social media firm and the mom of two young children, both born after her diagnosis.

“At the time of my diagnosis, I was very vulnerable,” Randall says. “I was very scared; I didn’t know what my future really held.” But after meeting with Rush neurologist and MS specialist Dusan Stefoski, MD, she “felt for the first time that I was going to be OK — that my life was going to be different, but that I would still have the life that I always wanted to have.”

Thanks to the wide range of treatment options, “MS is very manageable in terms of disease,” says Shoemaker. “Our goal in finding the right therapies and then monitoring them is to reduce the rate of relapses or attacks. Over the long term, we can prevent disability from accumulating.” 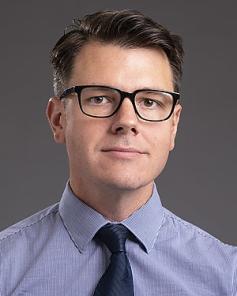