James King has spent much of his life repairing complex machinery, including Navy submarines and cranes at nuclear power plants. He had no idea, however, that his body needed some urgent attention of its own.

Early in November, King, 59, went to work as usual at a nuclear power facility in Morris, Illinois, where he services the giant structures that keep the plant running. He arrived a few minutes early in case the night shift technician needed assistance. Not long after that, he fell to the floor unconscious due to a severe heart attack.

“I had no chest pain, no sweating — no indication that anything was going on,” King says. “I just dropped.”

Soon after, an on-call nurse rushed to the scene and used an automated external defibrillator (AED) to deliver electric shocks to restore King’s heart rhythm.

The nurse shocked him twice. After the second shock, King said, “Don’t do that again,” people later told him. He doesn’t remember that. He doesn’t recall anything about that day until he was on a helicopter from Morris to Rush Copley Medical Center in the evening.

At Rush Copley, King was given an intra-aortic balloon pump. “His heart wasn’t getting the blood supply it needed,” says Gaurav Shah, DO, an interventional cardiologist who performed the procedure. “The balloon pump unloaded the burden on the heart so it didn’t have to work so hard.”

After stabilizing, King woke up to find his wife and one of his sons by his side. But King had several blockages in his arteries, so he needed to follow that up with open-heart surgery. That’s why he was brought to Rush Copley, which has the experienced cardiovascular surgeons and facilities required to perform the complex procedure.

King had the surgery a week later.

“He was pretty much eyeing death — his chances of survival were slim,” says Asif Mustafa, MD, PhD, the cardiovascular surgeon who performed the surgery. “But everyone around him responded quickly, so he was able to get the care he needed. He recovered phenomenally well, with no complications whatsoever.”

King was released 10 days later — one day before Thanksgiving. He had plenty to give thanks for.

“That day, I texted the nurse at work who took care of me,” King says. “I said, ‘I had Thanksgiving dinner with my wife today because of you.’”

Aided by an AED

King, who is now resting at home before his return to work this month, likely wouldn’t have received the care he needed if he hadn’t arrived at work so early. About 10 minutes earlier, he would have been in his car at the time when the heart attack occurred.

“The fact that a nurse was able to get there on site to give him CPR and revive him with an AED is a miracle in itself,” Mustafa says.

Approximately 90% of people who have a cardiac arrest outside of a hospital don’t survive. Having an AED in the workplace could be the difference that allows someone to make it.

“CPR provides blood flow and oxygen to the heart, brain and other vital organs. The purpose of the AED is to analyze a person’s heart rhythm and, if deemed necessary, deliver an electric shock to help the heart reestablish a normal rhythm,” says Carmen Kaufman, a physician assistant and chest pain coordinator at Rush Copley.

Kaufman says you don’t have to be a clinician to use an AED. Once turned on, the AED gives you step-by-step voice instructions. The AED then analyzes the heart rhythm and will let the user know if a shock is needed.

“Many people might be afraid to perform CPR or use an AED — thinking they’re going to do more harm than good,” she says. “But a patient’s survival might depend on whether a bystander helped.”

Kaufman helps educate people about the use of the device through a program at Rush Copley that donates AEDs to not-for-profit organizations in nearby communities.

Through the Dr. Santosh Gill Fox Valley Heart Fund, Rush Copley provides the $2,000 devices along with training to staff at no cost to organizations that have a financial need and provide services to populations that are most at risk for heart attacks. The program has provided 28 AEDs since it started in 2013.

“Cardiovascular disease is the No. 1 killer of people in the U.S.,” says Alex Pope, vice president, Philanthropy and Community Engagement at Rush Copley. “We estimate that approximately 117,000 people are a little safer because of the AEDs that have been distributed through our program.”

Like King, some people with heart problems have no symptoms before a cardiac event occurs and an AED is needed. King was not only asymptomatic but also felt like he was in pretty good shape. He took 15,000 steps and climbed a 75-foot ladder every day at work. And he often used his treadmill at home.

“I’m not in my 20s anymore, but I was still able to perform all the functions I needed to at a fairly labor-intensive job,” King says.

Mustafa says it’s not uncommon for seemingly healthy people with no symptoms to have heart problems. “We see this many times,” he says. “Young people in their even 40s who are exerting themselves — perhaps shoveling snow — have heart attacks.”

One way to catch more patients who have a heart condition without symptoms is with a heart CT scan, a non-invasive imaging test that can detect artery blockages. In February and March, Rush University System for Health hospitals are offering the scan for $69.

“This is a noninvasive test that is easy to administer,” Shah says. “They’re recommended for patients from 40 to 75 years old who have some risk factors for coronary artery disease.”

King’s work focuses on early detection, too. He does his best to catch mechanical issues in the cranes he services, but he knows all too well that bigger problems are sometimes just too difficult to catch.

“Every time I inspect a crane, it’s just one snapshot in time,” he says. “From that snapshot, there may be no indication that the motor or the breaks might break down the next day. Just like what happened with my heart — suddenly it stopped working even though there was no indication of a problem.

“But if things break down in that way, I can’t think of a better place to be than Rush Copley. Everyone there was compassionate. Everything about the place was terrific. I was at the hospital under some pretty rotten circumstances, but I’m glad it was at Rush.” 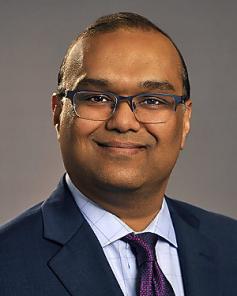 A Sports Cardiologist’s Guide to Running

Tips from a heart specialist and lifelong runner
Heart Health — May 5, 2022