Luck was on Jack Crowe’s side one fateful weekend in late January.

Jack and his wife, Ave Zuccarino, had spent January at their cabin in Michigan’s Upper Peninsula, snowshoeing and cross-country skiing. Jack was having beer and brats at a socially distanced campfire one Friday night when his throat started to feel weird.

“It felt like I had a chest cold whenever I breathed. So, I thought that maybe I had COVID-19,” says Jack. He went to bed and asked Ave to sleep in another room in case he was contagious.

The next day, he stayed in bed all day because he still didn’t feel well. His symptoms worsened Saturday night; it was becoming harder to breathe.

On Sunday, Jack and Ave decided to drive back to Chicago (a six-hour trip) so Jack could see his primary care doctor at Rush Oak Park Hospital. On the way, he stopped in a nearby small town and bought a pulse oximeter. “My thinking was, if I did have COVID-19, I should be checking my oxygen levels,” he says.

When they were about 20 miles outside of Wausau, Wisconsin, Jack remembered that he could talk to a provider through Rush On Demand. Since his symptoms were worsening, he decided to request an on-demand video visit.

Within 10 minutes, Jack was matched up with Nicole Marks, APN, a Rush On Demand virtual care provider. Marks asked him about his symptoms, and Jack described his breathing issues, told her it was getting worse, but said they were going to keep driving and stop by Rush in Chicago if they needed to.

According to Jack, Marks said she didn’t think that was a good idea. Given his worsening symptoms, she was concerned that Jack could have an embolism, or perhaps pneumonia, and that even if he did have COVID-19, she would feel more comfortable if he stopped at the nearest emergency room.

“She said, ‘if you do keep driving, be prepared to call 911 if something happens,’ ” Jack says. “Up until that point, I was sure I had COVID-19 or the flu — but something about the way she talked to me convinced me that I should stop at an emergency room.”

By then, Jack and Ave were nearing Wausau, the only city in central Wisconsin with a regional hospital. The next city they would pass after that was Madison — a two-hour drive — so they headed to the Aspirus Wausau Hospital emergency room.

Within two hours of arriving in the ER, Jack was evaluated by a cardiac surgeon. He was diagnosed with aortic dissection, a tear in the inner layer of the large blood vessel branching off the heart.

Because aortic dissection causes bleeding and clotting in the lining of the artery, it can become so large that it blocks off the blood flow — it is a medical emergency. In fact, it is fatal for 70% of people within the first 24 hours, and it was now 36 hours since Jack first experienced symptoms.

“The surgeon told me — ‘we need to operate right now. If you were to drive home, you would not make it.’” Jack says. “The surgeon also said that this cardiovascular surgery was the most complex that they did and that I had a 30% chance of dying during surgery along with a 10 or 20% chance of stroke or kidney failure.”

Jack called his kids, agreed on a do-not-resuscitate order and gave his consent for what ended up being eight hours of open-heart surgery.

Most people with aortic dissection experience severe abdominal, chest or upper back pain that’s typically described as a stabbing, tearing or ripping sensation. Other symptoms may include shortness of breath, dizziness, nausea, weakness, cold hands or feet, heavy sweating, nausea or fainting. Jack’s symptoms were not classic, they were subtle and atypical.

Since many other conditions, including COVID-19 and heart attack, can produce these symptoms, it’s important to be evaluated by a health care provider as soon as possible — especially if the symptoms are getting worse. Getting the right diagnosis will help you get the care you need.

Luckily, Jack decided to use Rush On Demand, and thankfully, Marks was there for him.

“Nicole saved my life,” says Jack. “If she hadn’t told me to go to the ER, I would not be alive today. I will always be grateful to Nicole for her good instincts and counsel.”

“At my appointment with Dr. Volgman after the surgery, her first words were ‘you are one lucky person’. That really encapsulates my whole experience,” he says.

Before this experience, Jack had never used Rush On Demand before. If he hadn’t chosen to start a video visit, he says he would likely have waited until Monday to call.

“In the old days, I might have just called my primary care doctor or gone to the ER,” Jack says. “But now, I had the option of telehealth, which is an easy way to access medical expertise, even when you’re in rural Wisconsin during a pandemic. Nicole gave me lifesaving health advice while I was on the go.”

Laura Paton is a senior communications specialist at Rush. She specializes in writing about digital health and technology. 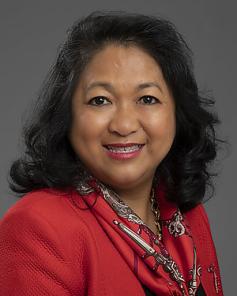