Although inherited cancers are somewhat rare, approximately 5 to 10 percent of breast, ovarian and colon cancers are caused by hereditary factors. Fortunately, recent medical advances make it possible to turn this knowledge of family history into preventive measures.

This approach has a high-profile champion in actress/director Angelina Jolie Pitt, who has chronicled her experiences with genetic testing and prophylactic surgery in opinion articles in the New York Times. Jolie disclosed in May 2013 that she had undergone a preventive double mastectomy. She wrote a second article published in March 2015 discussing her decision to undergo surgical removal of her ovaries and fallopian tubes.

"It is not easy to make these decisions,"she wrote in her second essay. "But it is possible to take control and tackle head-on any health issue. You can seek advice, learn about the options and make choices that are right for you. Knowledge is power."

To help people with a strong family history determine their risk for developing cancer, the Rush Inherited Susceptibility to Cancer (RISC) Clinic and the Sandra Rosenberg Registry for Hereditary and Familial Colon Cancer offer genetic testing and counseling for certain inherited cancers.

Getting genetic testing for cancer allows people the ability to be proactive and address a problem before it develops, rather than be reactive when they develop cancer. If you can detect cancer earlier, you can do more to control or beat it.

The most common cancers with a genetic component include breast cancer, ovarian cancer, endometrial cancer and colon cancer.

According to the National Cancer Institute, current estimates are that gene mutations that are inherited account for about five to six percent of colon cancer cases. Inherited colorectal cancer includes familial adenomatous polyposis (FAP) and hereditary nonpolyposis colon cancer (HNPCC).

Breast or ovarian cancer: If people have genetic mutations, including the BRCA1 and BRCA2 mutations, their families share the risk:

Should you get tested?

The American Society of Clinical Oncology recommends people consider genetic testing if their risk of having a genetic mutation is 10 percent or more.

"For example, if I tested a woman for BRCA mutations and she tested positive, I would test her sister before testing her niece," Usha adds. "If her sister tests negative for the mutation, then her niece (the daughter of the tested sister) would not need to be tested."

Getting genetic testing for cancer allows people the ability to be proactive and address a problem before it develops, rather than be reactive when they develop cancer.

However, the risk is different for each woman depending on a number of other factors including family history, personal health history and lifestyle.

Reducing your and your family's risks: One of the biggest benefits of genetic testing is that people who test positive for genetic mutations can be proactive in lowering their risk — as well as their family members' risks — of developing cancer.

Chemoprevention medications include three antihormonal medications that have been shown to decrease the risk of breast cancer in women at increased risk by 38 to 65 percent, according to Usha. This therapy is available both to women who have a strong family history but no genetic mutations and those with the BRCA mutations in certain cases.

"It is a little bit controversial for women with the BRCA mutations because the risk of breast cancer may be so high in these women that the medication may not be effective," says Usha. "In those cases, we would not recommend chemoprevention and we would discuss prophylactic surgery, such as bilateral (or double) mastectomy or oophorectomy (removal of the ovaries)."

Surgery: Although surgery is the most invasive and life-changing option, it is also the most effective for preventing cancer. "If there is an organ with a high risk and the patient is at a stage in his or her life where that organ can be removed, we may recommend that option," says Usha.

Ongoing research is currently studying the emerging role for chemoprevention in colorectal cancer patients with HNPCC or FAP. However, with inherited colon cancer, surgery to remove the colon is often the only option for eliminating risk.

Patients are closely monitored with screening strategies. If something is found, such as a cancerous tumor or polyp, the patient can then undergo surgery to remove the colon.

People opting for prophylactic surgery because of their genetic mutations undergo extensive education and counseling to discuss their decision and recognize the impact it will have on their lives.

Making the decision to get tested for cancer-causing mutations is highly personal. There are a number of emotional factors at play. After testing positive for a genetic mutation, people may face a number of personal challenges and doubts — and there are significant implications for their entire family.

"Primarily, people choose to get tested for their children or for the rest of their family," says Usha. "Particularly if a person has advanced cancer, they understand that while they may not benefit from the testing, it can make a big difference for their family."

Expertly trained psychologists (available through the RISC program and the registry) can help people deal with the emotional aspects of genetic testing; offer support to their affected family members; and guide patients and families through the process.

This kind of support can also help people make informed decisions on how they want to move forward. 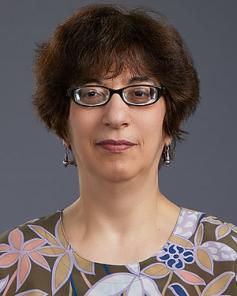