While men are less likely than women to develop depression, they are also less likely to recognize and seek help for it

While men are less likely than women to develop depression, they are also less likely to recognize the condition and seek help for it.

"Generally speaking, men tend to be less open about their health problems, including depression" says Michael Hanak, MD, a family medicine physician at Rush. "But if you avoid the problem and don't seek treatment, it tends to get worse."

Getting help is especially important for older men, who have a higher risk of depression than their younger counterparts.

"You may feel overwhelmed with medical expenses, or that you don't want to be a burden to others," Hanak says. "Don't let those things silence you."

Before you can talk about depression, though, you have to recognize the problem. And men's symptoms may differ from women's.

Men and women with depression experience fatigue, loss of interest in everyday activities, changes in appetite or weight, and difficulty remembering details or concentrating.

But men are particularly likely to have the following symptoms as well:

Men are also more likely to self-medicate with drugs or alcohol. "If you notice someone is drinking more than usual and has become more withdrawn, that's often a sign of depression," Hanak says

If you or a loved one has any of the symptoms above, talk to a doctor. Primary care doctors and geriatricians can do tests to rule out other conditions, such as thyroid disorders, that often cause depression-like symptoms.

They can also screen you for depression and, if necessary, refer you to a therapist or a psychiatrist for further evaluation and treatment.

If you notice someone is drinking more than usual and has become more withdrawn, that's often a sign of depression.

Getting — and staying — better

Depending on your preferences and the severity of your depression, you may need lifestyle changes, therapy, medications or a combination of these things.

"Make a plan — especially if you're not working: How are you going to spend your time? Who are the people you're going to spend time with? That's the best way to ward off depression and maximize your well-being later in life." 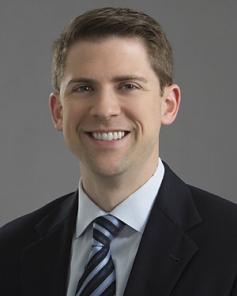 When it comes to health, women and men aren't equal
Men’s Health

It affects millions of men, but it’s a difficult subject to...