Bullying is an issue that goes far beyond simple schoolyard teasing

Bullying is an issue that goes far beyond schoolyard teasing. In fact, the Centers for Disease Control and Prevention has identified bullying among school-age children as a major public health problem.

To help parents recognize when their children are being bullied and know when and how to intervene, we talked with Louis Kraus, MD, chief of child and adolescent psychiatry at Rush University Medical Center. Here are seven things he says every parent needs to know:

1. Not all bad behavior is bullying.

True bullying is deliberately aggressive, intimidating behavior that’s accompanied by a power imbalance (e.g., the bully is bigger, older or in a position of authority). And it's not a one-time thing, but a process of targeting that happens repeatedly.

Among kids, bullying often involves groups who gang up on others. Boys who bully most often use physical intimidation or threats. With girls, you mainly see an emotional type of bullying that can be far more devastating, such as deliberately excluding other girls from social groups.

Identifying bullying can be a tricky task for parents: "Not every fight or incidence of name-calling is bullying. All children are on both the giving and receiving ends of social conflict at some point, especially in their elementary and middle school years," Kraus says. "That's how they learn how to work out problems with each other."

If each kid in a conflict has equal power, he advises parents to step back and let them solve it themselves — as long as the conflict doesn't drag on for more than a week or so.

2. It's essential to monitor social media.

Social media is a frequent venue for bullying. "All it takes is for a couple of kids to make up a story or make fun of someone and it can spread virally almost instantly, with other kids piling on," Kraus says.

"Parents need to be very clear that they will be checking phones and computers regularly to see what's going on," Kraus says. "And if the kids are hiding stuff, there needs to be a consequence, like loss of phones, screen time or social media privileges."

Your child might not tell you that he or she is being bullied, Kraus says, because bullying causes feelings of shame and isolation. But if you notice any of the following, you should definitely intervene.

Parents need to be very clear that they will be checking phones and computers regularly. And if the kids are hiding stuff, there needs to be a consequence.

If a conflict lasts longer than a week or if you think it's interfering with your child's emotional health, sleep patterns or academic performance, it's time to get involved.

The most important thing, Kraus says, is to start an open, honest conversation with your child about it . . . though he admits that’s often easier said than done.

"Sometimes when your child doesn't want to talk, you just have to push," Kraus says. "You're likely to get an angry response at first. But often, after that happens the floodgates will open.

"And if they don't, you have to keep pushing, and impose consequences like losing internet and phone access if they won't tell you what's going on," he adds. "You're going to get resistance, but it's your job to make it clear that your child needs to communicate with you. You might want to be your child's best friend, but you're not; you're the parent."

If your continuing efforts to get your child to communicate don't work, ask your pediatrician for a referral to a therapist, Kraus says.

5. Intervene if the bullying escalates.

Once you know what's going on, Kraus doesn't recommend contacting the bully's parents unless you already have a good relationship with them. Instead, he suggests contacting your child's school principal so school staff members can take steps to intervene. This is true even for bullying that takes place mostly on social media, he says, since it inevitably spills over into the school day.

Unfortunately, Kraus says, once a friendship is damaged by serious bullying it's not likely to be salvageable, so urging your child to "work it out" isn't usually an effective strategy. Instead, encourage your child to find new social opportunities.

"It's tough, because often you're talking about kids who have known one another for years," he says, "but you really do have to get your kid away from the bully and into new social groups through different sports or activities." Switching schools might also be an option.

In particularly serious situations — if you feel your child is in real physical danger, for example, or if intervention with the parents or school isn't effective — it's appropriate to call the police.

6. Bullying can happen to anyone.

Kraus says that the kids at highest risk for bullying are those who are a little bit different in some way — those who have a developmental delay, a speech issue, even a quirky wardrobe.

But anyone can be a target, particularly in the complex social hierarchies of middle school and high school where bullies often zero in on those whom they perceive as passive or easily intimidated.

And the bullies themselves can be those you wouldn't expect. "In my experience, bullies are often part of the popular crowd," Kraus says, "rather than those you might easily peg as troubled."

If your child is bullying others, Kraus says it's important to seek help for him or her immediately.

"Many of these kids end up having significant difficulties themselves in both the short term and the long term, including substance abuse, depression and legal trouble," he explains.

Your child's pediatrician can arrange an evaluation by a mental health professional to help you and your child understand the root of the behavior and develop a plan to stop it. 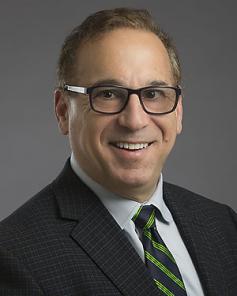