Yes, men can have it, too
Cancer
By Taylor Hisey Pierson

Although breast cancer in men is rare — less than 1% of all breast cancer cases develop in men — about 2,700 new cases of breast cancer will be diagnosed this year, according to the American Cancer Society, And the numbers have been rising.

Like women, men are born with breasts — although they don’t produce milk — and their breast cells and tissue can develop cancer, too.

“Breast cancer is not just a women’s condition,” says Ruta Rao, MD, a medical oncologist and breast cancer specialist at Rush University Medical Center. “The disease may be rare in men, but it doesn’t mean it can’t happen. Men need to be aware of the signs, too.”

Rao shares facts about breast cancer in men — including the symptoms, risk factors and treatment options.

Although there are no screening guidelines for men, they still have a breast cancer lifetime risk of 1 in 833, according to the Cancer Society. Rao emphasizes the importance of men working self-exams into their daily routine.

“Men should be mindful of any changes to their body, including in their breasts, and bring it to the attention of their doctor if they notice something unusual,” she says. “Depending on when it’s caught, the cure rate for men is high, so it’s important to remember that early detection is key.”

The signs and symptoms of breast cancer in men can include the following:

If you notice any breast changes, Rao recommends connecting with your primary care provider for more guidance.

Several factors can increase a man’s chance of getting breast cancer. But having risk factors does not mean you will get breast cancer.

Following are some key risk factors:

Once your care team determines the type of breast cancer, Rao says they will work with you to create a care plan that is best for you.

Following are other treatments for men with breast cancer:

“For men with breast cancer, the most common treatment we see is a mastectomy (or removal of the breasts),” Rao says. “The procedure is similar to that of women but the difference for men is that they have very little breast tissue, so it’s the most effective way to remove the tumor and reduce the potential for a reoccurrence.”

One of the challenges of breast cancer in men is the lack of awareness and education. Because it is somewhat rare, most people do not know that men can develop breast cancer.

And when receiving a breast cancer diagnosis, Rao notes that men shouldn’t feel embarrassed and emphasizes the need to continue to educate others to help decrease the stigma.

“Men (and our society) need to know that breast cancer in men does exist, and that help is available,” she says. “It may be uncommon, but if caught early enough, we can intervene and help save your life.” 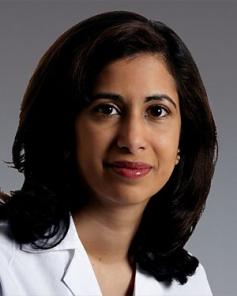 Enjoying the Fruits of Their Labor

Kristina had a great support system to help her through cancer...