As monkeypox cases climb in Chicago, a RUSH doctor explains how to protect yourself — and others
Healthy Living
By Laura Hegwer

Monkeypox cases are on the rise in Illinois, with cases spiking by more than 100 in just the past few days. Illinois is among the U.S. states with the most cases of monkeypox, and the majority of these have occurred in Chicago.

Elizabeth Davis, MD, an internal medicine specialist and medical director of community health equity at RUSH, believes more monkeypox cases around Chicago aren’t getting recorded in these tallies because people aren’t sure how to get tested. But here’s some good news: Getting tested for monkeypox is easier than you may think.

Here, Davis offers tips for testing and other steps you can take to slow the spread of monkeypox this summer.

Know if you are at risk

Globally, the United States has the second-highest number of monkeypox cases among countries where the virus is not regularly found. Most cases in the U.S. and in Chicago have occurred among men who have sex with other men.

“There’s nothing about the monkeypox virus itself that makes men who have sex with men at higher risk for this infection,” Davis says. “It’s simply that this virus is currently circulating among people in this group.”

The monkeypox virus is typically spread through skin-to-skin contact but is not considered a sexually transmitted disease. The virus can also spread through droplets that are inhaled or that enter the eyes or mouth. “This could happen from kissing or spending a few hours talking with someone,” Davis explains.

A World Health Organization official said on a recent broadcast that monkeypox could easily spread to other groups and declared monkeypox a public health emergency of international concern.

“As social beings, we’re in contact with a lot of people, and because monkeypox is a virus, it can infect any human,” Davis says, adding that some cases have been reported in young children. The virus can spread between people living together, either through close contact or through contaminated clothing or bedding, according to the Centers for Disease Control and Prevention. No known cases of monkeypox spreading from gyms, restrooms or public transit have been reported.

Be aware of the signs of monkeypox

Although monkeypox is usually not life-threatening and eventually goes away on its own, it can cause uncomfortable symptoms that last for several weeks. These include:

These symptoms typically develop within four to 14 days after exposure to the virus, Davis says.

Get tested if you think you have monkeypox

If you develop an unexplained rash, call your primary care provider or go to an urgent care center or health clinic to get tested. “Monkeypox tests are now widely available, but providers can only test you if you have a rash,” Davis says.

During a monkeypox test, a provider will rub swabs over the lesions (bumps) of your rash. These swabs are sent to a lab to check for DNA from the monkeypox virus, and results are usually available in about 48 hours.

Although most cases of monkeypox are mild, some do require hospitalization. An antiviral drug called TPOXX can help people with severe monkeypox by slowing down how quickly the virus spreads so the immune system can destroy it, Davis says.

Stay away from others until you get your test results

“When people with monkeypox have symptoms, they are contagious,” Davis says. “So, if you have any symptoms like fever, swollen lymph nodes, aches or a rash — even if it’s mild — try to avoid contact with other people until you get your test results.” This is critical to avoid spreading the virus.

If you are concerned about contracting monkeypox, talk with potential sexual partners ahead of time to determine if they have a rash or other symptoms. If so, wait until they get tested to have intimate contact. Davis says you can also help reduce the spread by recording contact information for recent sexual partners so that if you develop symptoms, the Chicago Department of Public Health can notify them while keeping your identity private.

The CDC offers other helpful tips for safer social gatherings and sexual contact during the monkeypox outbreak, such as minimizing skin-to-skin contact and kissing at festivals, clubs and parties.

Get the monkeypox vaccine if you are eligible

RUSH has partnered with CDPH, UI Health and community organizations to test and vaccinate people at high risk for developing monkeypox, Davis says. RUSH is one of about a dozen sites in Chicago to offer the vaccine, which is only recommended for people who meet certain criteria. It can be given before or shortly after exposure to reduce the risk.

You may be eligible for one dose of the vaccine now and may delay the second dose for a few months if you:

You are currently eligible for two doses of the vaccine, given four weeks apart, if you:

A two-dose series of the vaccine is about 85% effective at preventing monkeypox, Davis says.

“Given the short supply of vaccine, public health officials hope to decrease transmission by getting that first dose to as many people as possible,” Davis says. 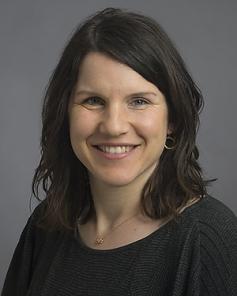 Rush is partnering with Dispatch Health to provide convenient,...