Find a neurologist Request an appointment

Eating a group of specific foods may slow cognitive decline among aging adults, even when the person is not at...
Read More 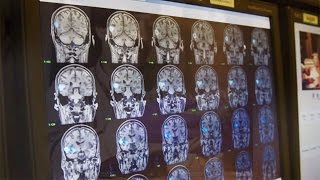 'We need healthy interactions with others'

Lonely individuals may be twice as likely to develop the type of dementia linked to Alzheimer's disease in late life as those who are not lonely, according to a study by researchers at the Rush Alzheimer's Disease Center in Chicago. The study is published in the Archives of General Psychiatry.

Previous studies have shown that social isolation, or having few interactions with others, is associated with an increased risk of dementia and cognitive decline. However, little was known about emotional isolation, which refers to feeling alone rather than being alone.

Robert S. Wilson, PhD, and his colleagues, analyzed the association between loneliness and Alzheimer's disease in 823 older adults over a four-year period. Participants underwent evaluations that included questionnaires to assess loneliness, classifications of dementia and Alzheimer's disease, and testing of their thinking, learning and memory abilities. Loneliness was measured on a scale of one to five, with higher scores indicating more loneliness.

At the first examination, participants' average loneliness score was 2.3. During the study period, 76 individuals developed dementia that met criteria for Alzheimer's disease.

Risk for developing Alzheimer's disease increased approximately 51 percent for each point on the loneliness score, so that a person with a high loneliness score (3.2) had about 2.1 times greater risk of developing Alzheimer's disease than a person with a low score (1.4). The findings did not change significantly when the researchers factored in markers of social isolations, such as a small network and infrequent social activities.

According to Wilson, loneliness is a risk factor for Alzheimer's disease, not an early sign of the disease. Autopsies were performed on 90 individuals who died during the study. Loneliness during life was not related to any of the hallmark brain changes associated with Alzheimer's disease, including nerve plaques and tangles, or tissue damaged by lack of blood flow.

"Humans are very social creatures. We need healthy interactions with others to maintain our health," says Wilson. "The results of our study suggest that people who are persistently lonely may be more vulnerable to the deleterious effects of age-related neuropathology."

The mechanism that does link dementia and loneliness is unclear. Wilson encourages more study to look at how negative emotions cause changes in the brain.

Humans are very social creatures. We need healthy interactions with others to maintain our health.

"If loneliness is causing changes in the brain, it is quite possible that medications or changes in behavior could lessen the effects of these negative emotions and reduce the risk of Alzheimer's disease," says Wilson.

The researchers are extremely grateful for the remarkable dedication and altruism of the volunteers participating in the Rush Memory and Aging Project. The research was supported by grants from the Illinois Department of Public Health and the National Institutes on Aging, which leads the federal government effort to support and conduct basic, clinical, and social and behavioral studies on aging and on Alzheimer's disease.

Find a neurologist Request an appointment

Eating a group of specific foods may slow cognitive decline among aging adults, even when the person is not at...
Read More

Purpose in Life and Alzheimer's

A study suggests that having a greater purpose in life may help limit the harmful effects of changes in the brain associated with Alzheimer’s disease....

If you're always out and about, you may have a lower risk of Alzheimer's disease than those who stay home all the time.

Predicting a Rise in Alzheimer's

A study from Rush University Medical Center estimates that the number of people with Alzheimer's disease may triple by 2050.