When Heartburn Lingers Too Long 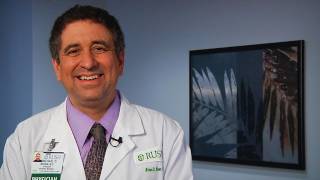 Talk to your doctor about chronic heartburn or acid reflux

It's just heartburn, right? Take an antacid, hope it works and worry about it tomorrow. While this approach is fine for occasional heartburn, frequent or uncontrollable heartburn may lead to far more serious problems and shouldn't be ignored.

Heartburn is caused by acid reflux, when acid from the stomach flows up or refluxes into the esophagus, the muscular tube that connects the throat with the stomach. The result of this acid irritating or damaging the lining of the esophagus can be a sensation of tightness, pain or discomfort in the middle of the chest — what we call heartburn.

"When the lower part of the esophagus is exposed to acid from the stomach, the cells begin to adapt," says Michael D. Brown, MD, a gastroenterologist specializing in digestive disorders at Rush University Medical Center.

That's why, if you have had heartburn or acid reflux consistently for longer than three years, you should have an endoscopy, says Brown. An endoscopy is a simple procedure where a specially designed scope is used to examine the esophagus and take tissue samples, when necessary.

"The tissue samples or biopsies are examined to look for any abnormal cell growth," Brown explains. "The hope is that we'll be able to catch any abnormal cells before they become cancerous.”

Patients who are diagnosed with Barrett's typically undergo repeat endoscopies one year and three years later. If precancerous cells are seen at that point, treatment may involve surgical removal of the esophagus to prevent eventual progression to cancer.

But a technique available at Rush, the HALO Ablation System, enables doctors to use radiofrequency ablation (high-frequency electrical currents) to remove Barrett's tissue completely, without invasive surgery and with relatively few complications.

"HALO ablation has shown to be an effective alternative to surgery in select patients," says Brown. "However, the good news is that most patients with Barrett's will never progress to the point that they require this level of intervention."

Keep the lines of communication open

Brown says it's important to talk to your primary care doctor if you've been experiencing recurring acid reflux or are treating yourself for heartburn with over-the-counter medications or a prescription from another doctor. You'll also want to visit your doctor if you experience any of the following:

"These are important symptoms to watch out for, because you can have Barrett's esophagus without experiencing heartburn," says Brown.

If you have chronic heartburn, falling asleep in the wrong position enables acid to sneak into the esophagus. Keeping your head raised slightly keeps that from happening.

5 tips to keep heartburn on the backburner

1. Avoid eating within three hours of the time you go to bed.

3. Sleep on a slight incline, with your head elevated, and/or sleep on your left side. If you have chronic heartburn, falling asleep in the wrong position enables acid to sneak into the esophagus. Keeping your head raised slightly keeps that from happening. Studies have also found that while sleeping on the right side actually aggravates heartburn, flipping over to your left side is likely to calm it, although the reason why is unknown.

4. Avoid foods that may cause acid reflux, such as peppermint, coffee and chocolate. "Interestingly, spicy foods haven't been shown to cause heartburn," says Brown. "And there's some evidence that spicy foods may actually protect the body from ulcers."

5. If you smoke or use other tobacco products, quit. Not only does smoking relax the lower esophageal sphincter, allowing stomach acid to move up into the esophagus where it doesn't belong, but it also can slow the production of saliva, which protects against acid in the esophagus.

"The most important thing is to be aware of what causes you personally to have heartburn," says Brown. "Everyone is different, so be aware of what triggers an attack for you and what food and remedies work best for you. But always work closely with your doctor and let him or her know when you are experiencing prolonged bouts of heartburn."

It's important to note, however, that while these medications effectively manage symptoms, they are not a cure. The heartburn pain will go away, but the backsplash of damaging fluid still occurs.

For these reasons, surgery may be necessary to correct the valve mechanism, with the goal of eliminating the need for reflux medication. Advances in technology have improved doctors’ ability to tailor procedures to each individual patient, with greatly improved outcomes.

These techniques are performed through small or even no incisions, and serve to restore the valve mechanism between the esophagus and stomach to prevent acid reflux,” explains Justin Karush, DO, a thoracic surgeon at Rush. Common procedures for GERD include laparoscopic Nissen fundoplication, transoral incisionless fundoplication (also called TIF Esophix) and magnetic sphincter augmentation (also called LINX).

"If you believe you have acid reflux disease and are having difficulties using medications to control it, TIF and other laparoscopic antireflux procedures may be helpful," Brown adds. "Having a discussion of these procedures with your gastroenterologist is a great starting point."

Can Heartburn Lead to Cancer?

Learn why it's important to see a doctor if you suffer from chronic heartburn.

Turns out, coffee may be good for more than jump-starting our mornings or keeping us awake in meetings.