Why the ACT for ALS Matters

Amyotrophic lateral sclerosis is a neurodegenerative disease that leads to progressive muscle weakness.

It is, unfortunately, not an especially rare disease — ALS has a lifetime risk of about 1 in 400 in women and 1 in 350 in men — and many people have had a personal brush with ALS in their family or circle of friends. ALS, also known as Lou Gehrig's disease, is an especially devastating condition in that it is typically fatal from three to five years from the time of onset.

Our current treatment options are limited. There are FDA-approved medications for symptoms and two medications that are shown to slow disease progression somewhat: riluzole, a pill, and edaravone, a frequent infusion. Clearly, there is a tremendous need to bring more treatments to these patients as soon as possible.

It is with this in mind that the ALS community celebrated the recent signing of the ACT (Accelerating Access to Critical Therapies) for ALS by President Biden. This law will do a few things to try to get new drugs to people living with ALS faster. The law sets aside $100 million in funding over the next five years for ALS-related research. Grants will go towards investigating therapies for ALS and other neurodegenerative conditions.

The law will also seek to strengthen Expanded Access programs — a mechanism through with people with ALS can receive investigation drugs outside of clinical trials, particularly if they do not qualify for ongoing trials.

Hope for a better future

We still have a long way to go when it comes to helping people living with ALS, but legislation like this provides hope.

Beyond treatments, ALS remains a challenging diagnosis to make, with many patients going many months before an accurate conclusion is reached. We are still learning about what causes ALS and why it strikes some people but not others.

People living with ALS require many different types of support and care. Here at Rush, we work with patients and their caregivers in our multidisciplinary ALS clinic, which is generously supported by the ALS Association of Greater Chicago. Our team joins with everyone touched by this disease in recognizing this piece of legislation and the hope it brings for a better future for those living with ALS.

Ryan Jacobson, MD, is an assistant professor in the Department of Neurological Sciences who specializes in neuromuscular medicine. 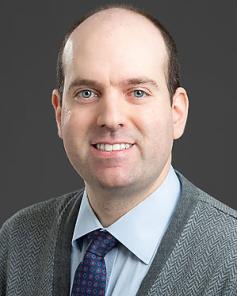