What Is Essential Tremor?

important facts about this common neurologic condition, including treatment options

The most important thing to know about essential tremor, or ET, is that although it can change your life, people with ET can still live life to the fullest.

An estimated seven million Americans are living with essential tremor, which can cause shaking of the hands, head and voice. The tremor is generally mild at first, but for some people it can worsen over time and affect other body parts.

As the tremor grows more pronounced, tasks we often take for granted — writing, preparing food, eating and drinking, grooming, getting dressed — can become increasingly challenging. In addition to physical disability, the tremor can bring about feelings of embarrassment, frustration or isolation.

While there isn’t yet a cure for ET, Rush movement disorder neurologist Chandler Gill, MD, says there is reason to be hopeful: “We have many ways to help people compensate for or even dramatically reduce their tremor so it doesn’t hold them back.”

Here, Gill shares other important information about this common neurologic condition — including how people with ET, even those with more advanced disease, can get their tremor under control.

The first step to addressing tremor is getting an accurate diagnosis. Since tremor is also a symptom of other neurological conditions, including Parkinson’s disease and dystonia, and because there’s no definitive test for ET, proper diagnosis isn’t as simple as drawing blood or ordering imaging.

“The initial diagnosis is incorrect in up to 25 to 35% of people with tremor. I’ve seen people who have been diagnosed with Parkinson’s who actually have long-standing ET, and those who are told they ET but actually have Parkinson’s,” Gill explains.

To determine whether a person has essential tremor or another condition, Gill conducts a comprehensive neurologic exam and looks for certain differentiating symptoms:

ET may not be benign

Because it doesn’t result in death, essential tremor used to be called “benign tremor.” That term isn’t used anymore, a nod to the fact that although ET isn’t fatal, it’s not necessarily harmless.

For people at the more severe end of the ET spectrum, their tremor can potentially impact almost every aspect of their lives.

“I’ve had patients tell me that their bank returned checks because the signature didn’t match, and that they used to enjoy being handy around the house but now they can’t even insert the tip of a screwdriver into the head of a screw,” Gill explains. “Some patients have stopped socializing entirely, because they’re worried that others are looking at them and judging them. For instance, sometimes it’s assumed that the tremor is due to intoxication. It can be devastating, physically and emotionally.”

And for some people, even seemingly mild tremor is disruptive.

“One of my patients is a surgical technician, and although her tremor was very mild clinically speaking, for her it was disabling because her job depends on having a steady hand,” Gill says. “There are many professions — and, I should add, recreational activities — where even a slight tremor means you can’t perform properly.”

While many people are able to lead a full, active life with ET, it’s also important to know that you don’t have to accept tremor as your new normal.

People with early-stage ET, however, often don’t seek treatment. “They may hold off because they think they shouldn’t — or don’t need to — get help until the tremor worsens,” Gill says. “They tell themselves, ‘I can live with it as it is now,’ ”

While many people are able to lead a full, active life with ET, it’s also important to know that you don’t have to accept tremor as your new normal. Whether your tremor is mild, debilitating or anywhere in between, if it’s affecting your quality of life, Gill recommends talking to a medical professional.

“There are treatment options for every stage of ET,” she explains. “Getting an evaluation is the first step to getting a handle on your tremor.”

Because each person with ET is unique, care plans are always customized and are often multi-faceted.

Medical professionals such as movement disorder specialists, general neurologists, primary care doctors and occupational therapists can work with you to find the right combination of nonmedical, medical and surgical approaches to fit your physical needs, lifestyle and personal goals.

For instance, you may benefit from coping strategies, like the following:

There are also more advanced tools available, such as Liftware: spoon handles and attachments that sense tremor and automatically stabilize and level the utensil to make it easier to transfer food from the plate or bowl to your mouth.

Lifestyle changes can help as well. For instance, people with ET are advised to avoid caffeine, which can cause a temporary increase in tremor, and find effective ways to de-stress, since stress tends to exacerbate tremor.

Medications are usually part of the treatment equation, although there’s only one FDA-approved medication for ET: propranolol, a beta blocker.

The other primary medication used for essential tremor is the anti-seizure drug primidone. Both primidone and propanolol have been shown to reduce tremor by as much as 50%, and they can be used in combination to get an added benefit, according to Gill.

Other anti-seizure meds, like gabapentin and topiramate, as well as benzodiazepines (clonazepam and alprazolam), may also help to improve tremor.

What medications rarely do, however, is eliminate the tremor. And for about half of people with ET, they aren’t effective at all. “For more severe tremor or tremor that isn’t responding to medications, we may recommend a procedure,” Gill says.

While these procedures don’t cure the underlying disease, they can dramatically reduce, and even eliminate, your tremor. There are two procedures most commonly used to treat ET:

“Focused ultrasound is much newer than DBS, but it’s shown tremendous promise,” says Gill, who evaluates patients for both procedures. “The biggest benefit is that it doesn’t require incisions or anesthesia. So there’s now a highly effective treatment option for people who aren’t eligible for DBS because of their age or other health conditions, or who just don’t want to have open surgery.”

“We’ve seen some dramatic results with both DBS and MR-guided focused ultrasound,” Gill says. “ET can turn your life upside down, and it’s gratifying to have patients tell me that after their procedure, they can do things they haven’t been able to do for many years — even something as simple as pouring a glass of water, buttoning their shirt or writing their name. They feel like themselves again.” 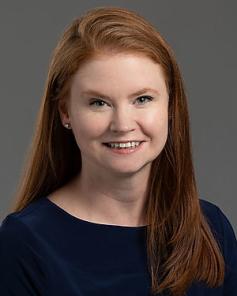 Study finds people taking statins may have reduced risk of...