How to help kids navigate intimacy, reproduction and their developing bodies

As a mom of two, Bridget Voigt, MD, understands it can be difficult to discuss sensitive issues, like puberty and sex, with your kids.

But as a pediatrician, Voigt knows that it's vitally important for parents and caregivers to be willing to talk to their children about anything, any time, however uncomfortable the conversation may be.

"Don't think in terms of having 'The Talk' — one time when you sit down and tell your child everything he or she needs to know," Voigt says. "Instead, you can let your child's natural curiosity be the catalyst for having an ongoing dialogue that starts when they're little and continues as they grow up."

We asked Voigt for her motherly-doctorly advice on how to help kids navigate intimacy, reproduction and their developing bodies.

Start by very simply answering the question they've asked. You don't have to go into all the details the first time a child asks a question.

For example, when my kids were four or five and asked where they came from, I'd say, "You came from my belly." They were OK with that answer, so we stopped there.

When my daughter was eight, she asked why she looks like her dad when she came from my belly. She wasn't satisfied with my answer that a baby is partly the mom and partly the dad. She wanted to know more, so I just kept explaining, using the simplest language I could, until she was satisfied.

I also told her that she can come back and ask me more questions when she has them, which she has done.

The questions will obviously get harder as kids get older, and your answers will get more detailed.

Coping with your own discomfort

We all have feelings of unease at times. Sometimes, when you're uncomfortable, your initial reaction may be to deflect the question. "You don’t really want to know about that," or “We don't have to talk about that yet."

To your child, that translates to: "I don't want to talk about this with you," or "That's not important."

You don't want to set that precedent. As children become adolescents and start to consider more risk-taking behaviors, it's so important that they feel secure talking to you.

If you send the message that you're not willing to discuss sex — or any subject — they might not come to you. If they aren't talking to you, you don't know who they are talking to and what kind of advice they're getting.

One study questioning adolescents revealed that they found most of their advice about sex on the internet. There are some very helpful sites for teens on the web, but we all know how harmful the information they find can be as well.

It may help to plan in advance, before your child starts asking questions. Think of how you could respond — even write your thoughts down if that helps. That way, you'll be prepared when it happens.

Something else I tell parents is that if in that moment, you can't answer the question for whatever reason, it's OK to say, "I need time to think about this before I give you an answer." Or, "That's a good question, but I don't want to talk about this in front of your little sister. Let's pick a time to talk tomorrow."

That way, you'll have a chance to compose yourself and figure out exactly what you want to say.

If you send the message that you're not willing to discuss sex, they might not come to you. If they aren't talking to you, you don't know who they are talking to and what kind of advice they're getting.

If you're a single mom with a son or a single dad with a daughter, and you think your child would benefit from talking to an adult of the same gender, it's perfectly OK to ask someone else to answer your child's questions. As long as your child has someone trustworthy to talk to, it's fine if it's not always you.

For example, a dad may feel confident talking to his daughter about sex, but might prefer that a woman explain menstruation to her.

If that's the case, try to find another adult that both you and your child trust who's willing to do it. It could be a family member, godparent, teacher or coach.

Make sure, though, that it's someone who will be there for the long-term. Your child will need someone to talk to as he or she goes through different developmental stages.

In general, kids usually know a lot more than we give them credit for, and they do have questions. But sometimes they just feel awkward asking their parents.

One strategy that has worked for me and my daughter is writing back and forth to each other in a journal. That can be helpful if children have questions they don’t feel comfortable asking you face-to-face. They can write the questions down, and then you can write back to them.

Giving your child a book about puberty or sex to read — if they're starting to ask questions or you notice them starting to develop signs of puberty — is another good way to break the ice. The book will answer some of their questions, and then you can discuss the book with them and answer any other questions they may have.

There are some excellent books that I often recommend to families. Ask your pediatrician for books that she or he has found effective.

I also highly recommend checking out Healthychildren.org. It's a great website produced by the American Academy of Pediatrics with lots of good information for parents and children about puberty, sex and talking to your children.

Pediatricians can be a wonderful resource, and we often find that kids really will ask us anything, including things they don't feel comfortable asking their parents.

As kids grow, I encourage parents to let the kids ask and answer questions during their visit to the pediatrician instead of the parents intervening. I want the kids to be able to start speaking for themselves about their own health.

At a certain age — and it can depend on the child — they should also start coming into the exam room by themselves. It's amazing how kids will open up when their parents aren't in the room.

On one hand, you may want to encourage your children to wait until they're older or married to have sex — if that's how you feel. On the other, you want to make sure they protect themselves if they do have sex in their teens.

As a parent, you can convey both of those messages.

You can say, "I really think it's best you wait to have sex until you're in an adult, committed relationship and you are open to the possibility of having a child, and that's not going to be for a long time. I would really like that for you, and this is why I think it’s important to wait until then to have sex."

But you can also say, "I know you're your own person and will make your own choices. If you do choose to start having sex at a younger age, before you're ready to raise a child, I want to be involved, along with your doctor, in making sure you're protecting yourself."

Explain the importance of using birth control to protect them from both STDs and an unplanned pregnancy that can put a wrench in their future plans.

And don't downplay your feelings. It's good for kids to see that it's hard and emotional for you to talk about this. It may help them to understand the gravity of the situation.

Are kids getting the message?

Kids, especially tweens and teens, don't always listen to their parents. So you may wonder if it's really worth it to talk to them about sex when they'll probably just ignore you.

It's definitely worth it. Believe it or not, your messages do get through to them.

Studies have shown that when kids are asked in a confidential way what influences them the most when making decisions — specifically about risk-taking behaviors like sex, drugs, alcohol and even wearing seatbelts — it's the values of their parents.

I've had lots of young patients, when I ask them what's a good age to start having sex, tell me, "not until I’m out of college" or not until I’m married," because that's what their parents told them.

So share your values. And make sure you act the way you want them to act — wear your seatbelt, don't text while driving, don't drink excessively, don't smoke. Your children are always watching you. Your words and actions do impact them.

Probably the best advice is to spend more time listening to your child rather than doing all of the talking. This lets your child know that you are open and want to hear about their thoughts and feelings.

Early on, establish a supportive, nonjudgmental environment so your children can come to you if they are having problems, such as feeling pressured by friends who are taking risks, questioning their sexual identity or feeling bullied. 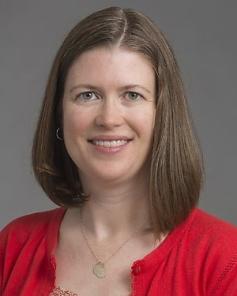