Aloka Patel, MD, is part of a team leading a controlled trial to test effectiveness and cost-effectiveness of intervention to increase breastfeeding in premature infants.

A mother’s own breast milk has infection-fighting factors and nutrients to help fuel growth and development in babies and may be easier to digest than formula. Providing this nourishment is particularly important for infants born prematurely, both while they are receiving care in a hospital’s neonatal intensive care unit and after they are able to go home.

Black mothers are disproportionately (almost three times) more likely to give birth to very low weight babies than nonblack mothers, but significantly less likely to feed their infants with their own milk from birth until their baby leaves the NICU, which increases their infant’s risks of lifelong health problems. To address this, researchers at Rush University Medical Center will test the effects of an intervention that addresses barriers to breastfeeding.

Aloka Patel, MD, associate professor and division chief for Neonatology at Rush University Children’s Hospital, and Tricia Johnson, PhD, professor and economist in the Department of Health Systems Management at Rush University, in collaboration with Paula Meier, PhD, professor in Women, Children and Family Nursing and Pediatrics, jointly leading this randomized controlled trial to test the effectiveness and cost-effectiveness of the intervention that was developed based on their previous research.

“We supply donor breastmilk to premature infants, but we believe that the mother’s own milk is best,” Patel said. “In order to help mothers provide their own breastmilk, we will be addressing reasons why they are unable to provide the milk, such as access to transportation or access to a high quality breast pump.”

“We think it will improve health outcomes at lower cost,” Johnson said. “If you improve the health of infants, there’s a much greater chance of improving health over childhood and having a long-lasting impact over the lifetime. Breastmilk has a multiplier effect — it’s not only for the infant, but there also are additional benefits for the mom.”

Delivering preterm, which is defined by delivering before the 37th week of pregnancy is completed, can cause an emotional and financial strain on parents which in turn can cause barriers to breastfeeding. Johnson and Patel will be testing whether supplying mothers of premature infants with a hospital-grade electric breast pump, picking up pumped breast milk from the mother, and compensating for the time required to pump and clean pump supplies (minimum wage for two hours a day) is enough to remove these obstacles.

The study will enroll 284 adult mothers who deliver a very low birthweight infant (birthweight below 1500 grams, or 3 pounds 5 ounces, and born before 32 weeks gestation) at Rush. Half of the mothers will be randomized to receive standard NICU lactation support while the other half will receive standard NICU lactation support plus the study intervention. For each child, the study will continue as long as the infant is in the Rush NICU and will end when the infant is discharged from the NICU. The researchers will measure how many mothers are still providing their own milk to their infant at the time of discharge from the NICU.

“Decreasing or eliminating disparities in infancy can have lifelong consequences and not only improve the baby’s health and mom’s health right now, but also reduce potential health care and education needs in the future,” Johnson said.

“Having a longer duration of breastfeeding has health benefits for mothers: There’s good data to support decreased risk of breast cancer, decreasing risk of cardiovascular disease,” said Patel. “While we are focusing on the infant, there’s an aspect of this that’s also beneficial for the woman to breastfeed longer, to provide breastmilk for longer.”

Overall babies do better when their start to life involves mom’s own milk. In premature infants, having breastmilk is even more critical to their health and development.

In their previous study, these Rush researchers found that approximately 40-45% of white and Hispanic moms were still providing breastmilk when their infants were discharged from the NICU, while only 25% of black moms were able to maintain it.

In another study, Patel and Johnson looked at the reasons for those disparities. They found that mothers want to give breast milk to their babies but that five factors influenced whether they would be more likely to continue pumping at discharge. Those factors are maternal age, socioeconomic status, support by their own mother, number of times they had to pump, and how much breastmilk they produced per day.

“We have a state-of-the-art lactation program at Rush and even with that program, we found it wasn’t enough for all mothers to provide milk at discharge from the NICU,” said Johnson. “This intervention is designed to test if addressing those barriers improves breastfeeding at discharge for the baby.” 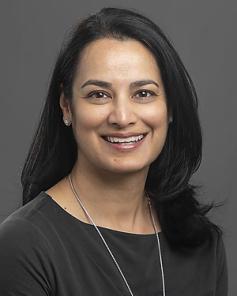 Is the COVID-19 Vaccine Safe for Expectant Moms?

Rush experts explain why the vaccine is safe for both...

Having a Baby During COVID-19

Rush provides a safe environment for moms and families throughout...