Eighteen years later, Sara thanks the doctor who changed her life
Patient Stories
By Donna Fisher

Communicating with patients and their families has always been a priority for Stephen Kelanic, MD, but recently he learned just how important it was to one patient and her family.

Eighteen years after meeting infant Sara Siddiqui and her parents, he received a video message from Sara — now a college student — in which she says, “You have changed my life.”

Sara’s story began when her parents brought her to Kelanic, a Rush Copley Medical Group otolaryngologist, seeking treatment for her hearing loss.

Before meeting Kelanic, Sara’s parents had “a quite awful experience” with another provider. When they met with Kelanic, Sara’s father, Suhel, recalls the difference was “night and day.”

“He devoted his full attention to us,” Suhel says. “He explained the circumstances and the results of the tests. What he said made a difference. He said, ‘Your daughter is deaf. She has options.’”

At the time, children with hearing loss typically were given hearing aids and taught sign language. Kelanic offered Sara’s parents other options. Although cochlear implants are now performed at Rush, at that time they were not a treatment Kelanic performed, so he referred the Siddiqui family to a hospital and a doctor who could help them.

“He recognized what was in Sara’s best interest,” Suhel says. “It was a defining moment.”

Sara would go on to have cochlear implants. Without the implants, Sara says her speaking ability today would not be as clear as it is. The 19-year-old college student is studying audiology. She speaks three languages, enjoys public speaking and loves seeing the look of shock on people’s faces when they realize she has won public speaking awards — and is deaf.

Changing a life for the better

“This was the doctor that changed my life,” Sara says. Last year when she learned her father had an appointment with Kelanic, she was moved to reach out to him. Her parents had told her of the impact Kelanic had on her treatment and she wanted to let him know how grateful she was, so she recorded a video message for her father to share with the doctor.

“There have been a lot of people in my life who have helped me significantly,” Sara says in the video. “You are one of those people.

“Many people throughout my life have told me that my hearing loss was going to be a disadvantage for me, that I wouldn’t be able to accomplish the things that I hoped because of it. … The impact you had on me not only helped me prove all those people wrong but has shaped me into who I am today. Even though what you did may seem small to you, it has changed my life for the better. You have changed my life.”

Kelanic was “blown away” by the video. “I was surprised and humbled,” he says. “It reaffirmed why we do what we do every day. It was heartwarming to hear, especially with everything going on in the world right now.” Not normally an emotional person, he and Sara’s dad both wiped away tears after watching it.

Kelanic was in his first year of medical school when he learned the importance of communicating with — and listening to — patients.  He recalls one professor saying, “Listen to your patient. Take the time and just listen.” Kelanic has lived by those words, actively listening and communicating in layman’s terms. “It’s important for people to understand what is going on,” he says.

Learning that their daughter was deaf was “a big deal for us, the start of a completely different world,” Suhel recalls. “Dr. Kelanic recognized this and provided the tools we needed. My daughter was a patient, not just a number.”

Because so much speech development happens in the first five years of life, it was important to get Sara the help she needed as early in her life as possible to help her achieve her full potential.

“Dr. Kelanic provided the guidance we needed, with his demeanor, his ability to explain the situation, his empathy and the attention he gave us,” says Suhel. “I still remember this 19 years later. Incidents like this transform a person’s life. If it weren’t for Dr. Kelanic, Sara’s story would be very different.”

Sara agrees: “It’s amazing how someone’s words can change a life, no matter how small the interaction is.”

Donna Fisher is a marketing specialist at Rush Copley. 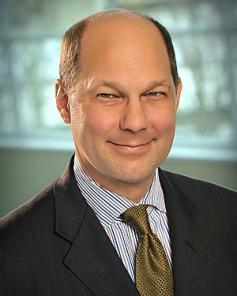