"There's a stigma around mental illness," says Cvengros, PhD, a clinical psychologist at Rush University Medical Center. “And that makes people hesitant to tell their loved ones, or their doctors, that something is wrong.”

But even those who don't say anything usually communicate their problem via changes in their body language and behavior.

Learning to recognize these six nonverbal signs can equip you to extend needed help and compassion to the people in your life who may be struggling with depression:

"If someone in your life is depressed, you'll probably notice that their body language changes," Cvengros says. How it changes depends on the person. Some people might make less eye contact than usual. Others may have a more slumped posture. Their hand gestures may become less frequent, or slower.

2. Not engaging in conversation

They may also speak — or seem to think — more slowly. In a conversation, it might take them longer to respond to what you've just said. It might seem that they're not following what you’re saying or processing it as well as they used to.

"It's often harder to get them engaged in a conversation," Cvengros adds. "They may even sit or stand apart from where a conversation is happening."

Similarly, they may not answer phone calls or respond to emails or text messages.

Lack of engagement may extend to responsibilities at home, on the job or in school.

Chores — or personal grooming tasks such as showering and shaving — may go undone; performance at work may suffer; grades may slip.

"These signs are often misinterpreted as laziness or disinterest," Cvengros explains. "So if someone is neglecting responsibilities, try not to rush to judgment. There might be an underlying cause."

Responsibilities aren't the only things people with depression may avoid. For many suffering from the condition, activities that used to be enjoyable become less so.

If someone is neglecting responsibilities, try not to rush to judgment. There might be an underlying cause.

Anhedonia — the technical term for this problem — can affect anyone, but it's particularly common among older adults.

"If you ask older adults with depression whether they feel sad, they'll often say no," Cvengros explains. "But you may notice they've lost interest in a favorite activity. And when you ask why, they'll say something like, 'Oh, I just don't enjoy it anymore.'"

If your loved one seems to be avoiding favorite activities, try encouraging them to participate again — or even offering to go with them.

"One thing we often do in therapy is encourage people to engage in things they used to like, even if they don't feel like it," Cvengros says. "Engaging opens up the possibility that they'll have a positive experience, which makes it easier and more appealing to engage again."

5. Sleeping or eating too little — or too much

Some people with depression lose interest in food. Others have difficulty falling or staying asleep. But the reverse happens, too: Depression may cause people to sleep or eat too much.

"A lot of people with depression use eating as a way to cope with their distress," Cvengros says.

Many behaviors associated with depression can cause or worsen other health problems. Eating too much and not getting enough activity, for example, might lead to weight gain, which in turn can increase a person's risk of developing diabetes or high blood pressure.

Similarly, chronic lack of sleep can weaken the immune system, making people more prone to infection and other illnesses. For some people, weight gain, lack of sleep or physical illness may also cause negative feelings, worsening their depression.

When to say something

Of course, people who are depressed aren't the only ones who eat to cope or sometimes slump, stressed out, in their chairs. In many cases, these nonverbal signs may communicate nothing more than a bad day.

To distinguish between normal coping and possible depression, pay attention to how long the changes last. If symptoms persist for more than two weeks, Cvengros recommends saying something to the person you're worried about.

"Ask how they're doing, if there's anything you can do to help," she advises. Visiting a primary care doctor is a good first step for people who may have depression. So you could, for example, ask if they'd like you to come with them.

"Sometimes we have a tendency not to speak up because we're uncomfortable and we think may embarrass them," Cvengros adds. "But our discomfort in talking about depression is often the thing that makes it hard for people with depression to reach out and ask for help." 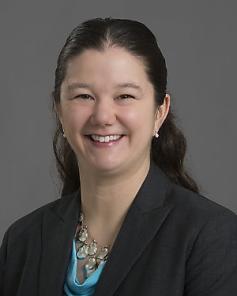