Childhood goes by quickly, and your "baby" is growing up — quickly. But what is too fast? Or too slow?

Puberty is when hormonal shifts cause physical changes. Hormones are essential chemical substances that our bodies produce to control and regulate the activity of cells or organs. They control processes like growth, metabolism and mood regulation.

Over a span of three or four years, these changes in hormone levels bring your child closer to becoming a full-fledged adult.

Since your own adolescence, the timing of some physical milestones — and how to handle them — has changed as much as your perspective may have.

But one thing that hasn't changed: Puberty can be an awkward and even painful part of growing up. So even though serious hormonal disorders are extremely rare, parenting a child in puberty can still require special care, attention and patience.

Here, Rush pediatric endocrinologist Stelios Mantis, MD, talks about what to expect as your children approach puberty — and how you can help guide them through.

For both boys and girls, the first changes arrive when the hypothalamic pituitary system starts increasing hormone levels.

For girls, that results in developing breast buds — when the area beneath the nipples elevates a bit. The average age when this happens is around 10 years old. But because increase in fat tissue may result in increased hormone production, the rise in childhood obesity might be a factor in pushing the younger age of the normal range down, according to Mantis.

"Thirty years ago, having breast tissue before age nine was considered early," he says. "Now it's early but normal at age eight, maybe even at seven."

How you can help: Not all girls will be happy about needing a bra or getting their period — especially if they are the first of their friends to reach these milestones.

If they're having a hard time, don't brush off their feelings. Be supportive and willing to listen. And if they don't feel comfortable talking to you about the changes they're going through, encourage them to talk to their pediatrician.

2. For boys, the first signs are less visible.

"The first sign of puberty in boys is testicular enlargement, and that's not a place parents typically are looking," Mantis says. "But a good pediatrician will pick this up."

Nine years old remains on the younger side of normal for boys, though some won't start puberty until they are 14.

How you can help: Since it is not as easy to tell when a boy has started puberty, consider starting to talk to your son around age 9 or 10, before these changes start to occur. Let him know you're available to answer questions when he needs more information.

The secondary signs of puberty are driven by a different system: the adrenal glands. "The acne, body odor, growth, deepening voice — those come next," Mantis says.

Kids who are from certain ethnic groups — Greeks, Italians, Indians — are more likely to have body hair before age nine, Mantis says.

For boys, a deeper voice and the need to shave come late into puberty, often around 14.

How you can help: Encourage regular showering or bathing as well as face washing to control acne and body odor. Offer your kids an all-natural, fragrance-free deodorant to ease body odor without the heavy fragrances that adults wear.

Boys should start shaving their faces when their "peach fuzz" is noticeable. Girls might consider hair removal methods, such as waxing, shaving and creams, for their legs and underarms.

Keep in mind that adolescents are often embarrassed by these changes, and are sometimes reluctant to admit they need showers or shaving.

Be encouraging but discreet. Keep personal hygiene supplies around your house. And consider keeping deodorant in your car glove compartment for when your child "forgets" to use it at home.

Well after the first signs of puberty comes the growth spurt that brings your child closer to his or her adult height.

For girls, the rapid growth happens early, usually around age 11. Around fifth grade, the girls tend to be taller than the boys. But that quickly changes.

Typically boys grow fastest at the end of puberty. "This means that a boy can go from being the smallest in the class to one of the tallest in just a year," Mantis says.

Most boys stop growing around 16 years old, but those who start later can grow until 18 and beyond.

How you can help: No kid likes thinking they are the largest or smallest in a group. If yours is at either end of the spectrum, encourage him or her to talk about it. Let your child know that in time, everyone will grow and will mature physically.

Precocious puberty — meaning these changes start well before the normal range — is far more common in girls and often benign.

For boys, however, early puberty can signal a potentially serious issue with the adrenal or pituitary glands that is causing premature aging. "This is extremely rare but should be ruled out nonetheless," Mantis says.

Late bloomers (something more common for boys) often take time to catch up. However, if your son has not moved into puberty by 14 or your daughter does not show signs of breast tissue by 13, see your pediatrician.

How you can help: If your child shows very early signs of puberty — before 8 years of age — see your pediatrician. Late bloomers should be checked too. In either case, radiologic and blood tests can typically rule out serious issues. Your child might also be referred to a pediatric endocrinologist.

6. In extreme cases, hormones can help.

"For girls, if they are five years old and beginning puberty, they might have a menstrual cycle in 2nd grade," Mantis says. Experiencing cycles that young could be confusing and upsetting for a girl.

For boys, height is often the issue. Boys who go through puberty early face the risk of being shorter than expected for their genetic potential as adults. That's because they are done growing at a much younger age than their peers.

And the parents of late-blooming boys may fear them going to high school looking like little kids, Mantis says.

To stop puberty, a child receives injections monthly or every 3 months, or has a yearly implant. To jumpstart delayed puberty, boys receive once-a-month doses of testosterone, and in extremely rare cases, girls receive estrogen patches.

How you can help: Keep your child informed. Explain that these changes are normal for older kids and teens, but his or her body is maturing on a different schedule.

"We work with the parents on the decision to use hormones, but we let the kids have a say, too," he says. "I am here to assist, but I don't push this."

About 50 percent of Mantis' patients decline treatment and let nature take its course. In the meantime, you can help by redirecting your child's focus away from appearance and instead support and praise achievements in school, sports or the arts.

Being moody is a normal part of being an adolescent. "Don't take it personally," Mantis says. "An adolescent's body and brain are changing. The moodiness is not caused by an exterior thing."

How you can help: Be open to having simple, truthful discussions about body changes. Make sure your child has annual physicals, and bring a list of questions and concerns — your child's and yours — to those visits.

And remember that while some kids start puberty early and some late, everyone ultimately gets to adulthood.

"Children might feel like they are on a unique journey, like no one understands what they are experiencing. But puberty happens to everyone," Mantis says. "Whatever changes your children are going through, it can help them to hear you say, 'You're fine. You're perfect just the way you are.' " 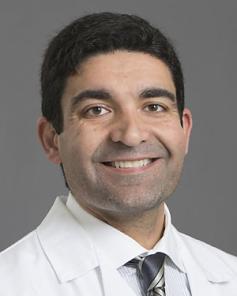