Focus on Epilepsy in Older Adults 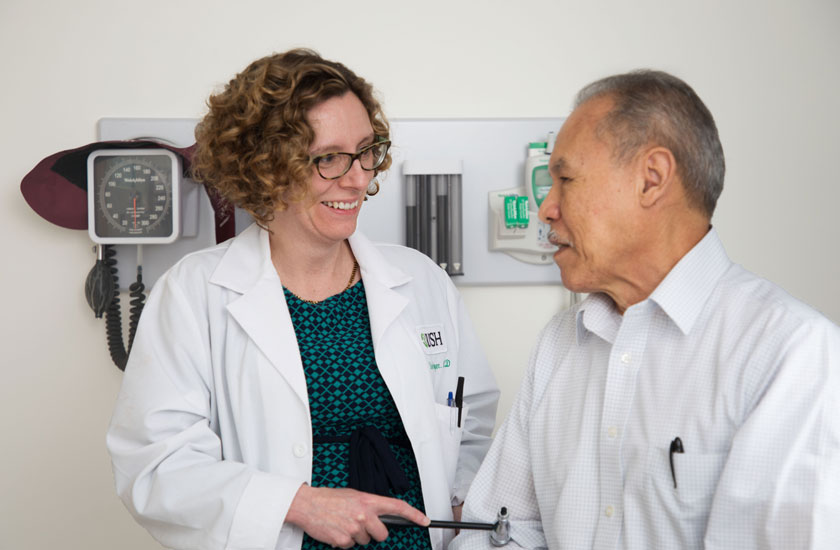 Diagnosing and treating epilepsy in adults age 65 and older can be complex, and it may take time to find the right treatment. Rush has launched the first comprehensive epilepsy clinic in Chicago dedicated to treating epilepsy in older adults, serving a population that is often not optimally treated.

“Because epilepsy symptoms can be similar to dementia or heart arrhythmias, patients often are undiagnosed or misdiagnosed. Epilepsy often presents differently in older adults and can be subtle,” said Dr. Rebecca O’Dwyer, a neurologist at Rush and assistant professor in the Department of Neurological Sciences at Rush Medical College.

“While epilepsy in older patients is difficult to detect and often is confused with other conditions, which also include stroke and traumatic brain injury, when identified it can usually be easily controlled.”

Currently, one in four newly diagnosed epilepsy patients is 65 or older, and it's estimated that by 2020, about half of all people living with epilepsy will be 65 or older.

The way in which seizures present adds to the confusion surrounding the condition in older adults. The risk of having a seizure increases with age and with use of certain medications.

When an older adult has a seizure, the symptoms may include confusion, falls, a nervous tick or repetitive fidgeting, and memory problems. Repeated seizures also may cause damage to the hippocampus portion of the brain, which is associated mainly with long-term memory.

“When someone with epilepsy is mistakenly misdiagnosed, uncontrolled seizures can lead to faster decline in cognition,” O’Dwyer said. “I believe there are more subtle seizures that can be identified earlier. The sooner we can diagnose a patient, the sooner we can treat the epilepsy and stop the cognitive decline or memory problems that it causes in older patients. Epilepsy is a treatable cause of dementia.”

“Awareness and research is needed to understand it better, to treat it better,” O’Dwyer said. “With this clinic we hope to create a gold standard on how to treat epilepsy in older adults.”

The clinic will offer the latest research, diagnostic and treatment options, include the following:

Individualized treatment plans are created in partnership with patients and families by a multidisciplinary care team that includes the following care providers:

The team also works closely with Rush specialists from the Memory Clinic, the Movement Disorders Program, Geriatrics, and the psychiatry, rehabilitation and palliative care departments, as needed.