Miscarriage is surprisingly common — in fact, some studies suggest that as many as 50 percent of pregnancies miscarry — but it's never easy.

Here, Xavier Pombar, DO, a high-risk obstetrician at Rush, talks about how he helps his patients navigate pregnancy after a miscarriage.

Trying to conceive after a miscarriage.

Physically speaking, as long as there weren't any significant complications with the miscarriage, it's generally reasonable to start attempting to become pregnant again within two to three menstrual cycles.

Emotionally, it might be a different story. It's really up to the woman and her partner to decide when they're comfortable to try again. It's so personal that there's no right answer.

For the overwhelming majority of women who miscarry before 10 weeks, subsequent pregnancies will be completely normal.

If a woman is young and has had one or two miscarriages, I don't recommend getting a medical workup or altering habits. Seventy percent of women who have up to three miscarriages go on to have normal pregnancies — so not only is a workup often a waste of time and money, it keeps a woman focused on miscarriage rather than on moving forward.

I've seen young women who were placed on medications like anticoagulants after one miscarriage when it really wasn't necessary. If you've had a miscarriage and have been put on medication immediately without thorough testing, you should definitely seek a second opinion.

Looking for answers after multiple miscarriages.

After a woman has had three first-trimester losses (or two losses for women 40 and older whose reproductive window is shorter), we'll consider a few things:

The bottom line is that it's so important to stay positive: We see many, many routine pregnancies and healthy babies for women after miscarriage.

Care during a post-miscarriage pregnancy

We will treat any medical problems we discover during testing. For many women, we'll also recommend extra visits to our office, earlier and more frequent ultrasounds, and antenatal testing such as fetal heart-rate monitoring.

But in a lot of cases, there's nothing special to do. Even so, I'll often make recommendations or offer reassurance based on my patient's previous experience with miscarriage.

For example, in pregnancy bleeding is common — up to 20 percent of women have some bleeding during pregnancy — but a woman who has miscarried might feel especially alarmed or guilty about it.

Also, exercise is not associated with miscarriages. But sometimes it can cause spotting, so I'll recommend that women take it easy while maintaining some level of activity.

Maintaining activity is key. In fact, I never prescribe bed rest. It doesn't work, and it puts women at risk for losing muscle mass, losing bone mass and developing deep-vein thrombosis (DVT), which can be very serious.

Looking to the Internet for answers.

I recently saw a T-shirt that I thought was great: "I don’t need a medical degree. I can Google."

Information obtained on the internet is a double-edged sword. If you know where to look, the Internet is full of useful information. I often use it for research myself, but I think I have a pretty decent filter.

The problem is that anybody can put up a page, and once it's online it's always there for someone to come across when they're doing research. Educating yourself is a good thing, but be sure to talk with your physician.

The bottom line is that it's so important to stay positive: We see many, many routine pregnancies and healthy babies for women after miscarriage. 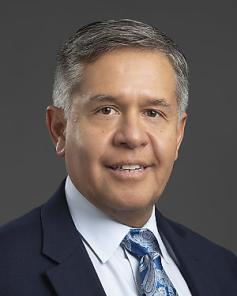 5 Conditions That Can Affect a Pregnancy

How managing underlying health conditions can help you have a...
Pregnancy & Childbirth

Pregnant Women and the COVID-19 Vaccine

Rush specialists explain why the vaccine is safe for expectant...