When it's a bad idea to "tough it out"

Pain is a personal thing. Even for patients with the same condition, the pain it causes can strike in different places, be more or less intense, end quickly, or persist for days.

Certain pains typically signal serious problems that need medical attention — if not immediately in the emergency room, then ASAP at a doctor's office.

Pain in the abdomen is common and can have a number of causes, including ordinary gas.

But sudden, intense pain that moves to the lower right of your abdomen and gets worse over a few hours could be appendicitis. You may need emergency surgery to remove your inflamed appendix before it bursts — a life-threatening situation.

If a sharp pain in your upper-middle abdomen radiates to your back and you also have fever or nausea and vomiting, that could mean acute pancreatitis. Call your primary care doctor, who may refer you to the emergency room.

Pancreatitis can be caused by gallstones that should be removed. Using a diagnostic tool called SpyGlass, physicians at Rush can see large gallstones and crush them using sound waves, thereby avoiding surgery.

2. The worst headache ever

"People often worry that a sudden headache could be a brain tumor, but it's usually not," Patwari says.

However, it might be difficult for people to distinguish what’s dangerous. "If you have a headache that’s out of the ordinary  — or has other concerning features — you should seek medical care."

Emergency medicine physicians will want to rule out life-threatening conditions such as stroke or bleeding in the brain from a burst aneurysm (a weakened blood vessel).

They’ll check for other possible culprits, too, from infections like meningitis to things you might not associate with headache, such as glaucoma or even carbon monoxide poisoning.

The Rush stroke program has been designated a comprehensive stroke center by the Joint Commission for having the most advanced level of stroke care.

3. Low back pain coupled with fever

If you're feverish and have back pain and tenderness between your ribs and hip (on one or both sides), you might have a kidney infection.

Other symptoms include painful urination, nausea and vomiting.

Untreated kidney infections can be life-threatening, so call your primary care doctor. The good news: Antibiotics reliably cure those that haven't reached a severe stage.

If it feels like an elephant is sitting on your chest, suspect a heart attack.

If it feels like an elephant is sitting on your chest, suspect a heart attack. Symptoms for some — including women, people with diabetes and the elderly — can be more subtle: nausea or vomiting; shortness of breath; and pain in the back, jaw, neck or shoulders.

"Chest pain is one thing people tend to put off but really shouldn’t," Patwari says. His advice: Trust your instincts. "If something doesn’t feel right, call your primary care doctor or come to the emergency room."

Door-to-balloon: the time between when a person having a heart attack enters the hospital and when they receive recommended emergency treatment. The standard goal in the U.S. is 90 minutes; Rush’s time is 60 minutes.

Sitting still for too long — say, during a transoceanic flight — can lead to a blood clot forming in one calf or thigh. The clot, or deep vein thrombosis, may start small, with no symptoms. As it grows, it causes pain and sometimes warmth and tenderness.

"As soon as you notice these symptoms, you should suspect DVT and call your primary care doctor," Patwari says.

If the clot breaks loose and enters your bloodstream, it can lodge in your lungs and keep oxygen from reaching your brain — a potentially fatal situation.

6. Searing pain in your big toe

"Gout is one of the most painful forms of arthritis," Patwari says. It's caused by a buildup of uric acid crystals in the joints. This acid is a byproduct of digesting certain foods, including red meat; alcohol; and items containing high-fructose corn syrup, like candy and soft drinks.

Though gout often starts in the big toe, it can strike other joints as well.

Over-the-counter nonsteroidal anti-inflammatory drugs might bring relief. But you still need to see your primary care doctor about this pain. Untreated gout raises the risk for kidney stones and chronic kidney failure.

"When women have pelvic pain, gynecologic causes are probably top of the list," Patwari says. Endometriosis, where tissue from the lining of the uterus grows outside the uterus, is one possible cause.

Your doctor will do a full exam to rule out issues such as noncancerous uterine tumors, STDs and ovarian cancer. Pain relievers help some women with endometriosis, while hormone therapy (birth control pills, for example) slows the disease in others.

Endometriosis sometimes leads to infertility, but minimally invasive surgery to remove endometrial tissue can help some women conceive. For women past childbearing age, hysterectomy may be the cure.

"Pain, burning or tingling during or right after urinating can be a sign of an STD," Patwari says. In fact, painful urination is often the only symptom of gonorrhea in men.

Untreated gonorrhea can lead to complications such as an infection around the anus or loss of fertility. In rare cases, it can spread to blood or joints — a life-threatening situation. Gonorrhea is curable with antibiotics.

"When getting treatment, men should make sure they're also screened for other STDs," Ryan Patwari. 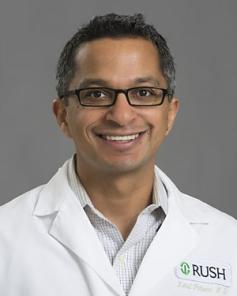 Why muscle twitches — or fasciculations — are rarely a cause for...