When weight loss left her with excess skin, Lynne opted for two procedures at RUSH
Healthy Living
By Laura Hegwer

After minimally invasive gastric bypass surgery at RUSH University Medical Center in December 2018, Lynne Casey finally got the results she had struggled to achieve on her own: She lost 70 pounds and took charge of her health by lowering her blood sugar, blood pressure and cholesterol.

“I was able to accomplish my goals, and I just really felt great,” says Lynne, a marketing executive who lives in Downers Grove, Illinois.

Although pleased with the results she achieved during the 16 months following her surgery, Lynne was bothered by excess skin that hung below her belly button because of her significant weight loss. “I would get rashes, especially when it was warmer and I was exercising,” she says. But she knew she was limited in what she could do on her own. “Even if I exercised seven days a week, the skin still would not have firmed up because of my rapid weight loss.”

So Lynne turned to RUSH once again, this time for body contouring surgery to remove the excess skin.

“Lynne did a really excellent job with her weight loss, and she kept it off after her surgery,” says Benjamin Veenstra, MD, Lynne’s bariatric surgeon with the RUSH Center for Weight Loss and Bariatric Surgery. “But unfortunately, there is nothing that most patients can do to avoid excess skin if they lose weight. While genetics and body shape make some people less likely to have it, most people will have extra skin after significant weight loss.”

Even though Veenstra’s patients often ask about body contouring procedures to remove extra skin after weight loss surgery, many don’t pursue it because they think it won’t be covered by insurance. In fact, many health plans will cover surgery to remove excess abdominal skin after gastric bypass, Veenstra says.

In general, patients may choose to have body contouring procedures about 18 to 24 months after their weight loss surgery, Veenstra says. “We see the greatest amount of weight loss in the first 12 months, so we like to get to that point, and then we usually like to have another six to 12 months to make sure their weight is stable,” he says. “But because every patient is different, the timing could be different as well.”

Even patients who had bariatric surgery five years ago or longer may be candidates for body contouring if their weight is stable and they have maintained a healthy lifestyle, Veenstra adds.

‘Removing just a few pounds of skin can alleviate symptoms’

At RUSH, patients like Lynne are seen at least yearly by a comprehensive team of specialists after they have fully recovered from weight loss surgery to make sure they are successful over the long term. Lynne mentioned her concern about excess skin at a follow-up appointment with her bariatric team, and they referred her to Keith Hood, MD, a plastic and reconstructive surgeon at RUSH who performs body contouring on patients after weight loss surgery.

“After bariatric surgery, patients have changed their lifestyle and their lives, and it’s our job to help them match their body to what their lives are now,” Hood says.

Patients tend to have extra skin in four locations after weight loss surgery: the abdomen, the chest, the underarms and the inside of the thighs, Hood explains. This heavy extra skin can affect their ability to fit into clothes and be active. It can also cause recurrent rashes or infections, back and joint pain, and mental distress.

Lynne was most interested in reducing the excess skin on her abdomen and discussed her goals with Hood at his office at RUSH Oak Brook. “I felt very comfortable with him because he sees patients like me all the time,” she says. She also appreciated that he didn’t try to sway her to have a procedure she didn’t need, like a full “tummy tuck.” Instead, Hood said Lynne could achieve good results with a procedure to remove extra abdominal skin called a panniculectomy, which is typically covered by insurance.

“Sometimes, removing even just a few pounds of skin from the abdomen can alleviate symptoms, and some people can have very nice aesthetic results strictly with extra skin removal,” Hood says.

In June 2021, Lynne had a panniculectomy at RUSH Copley Medical Center. During the procedure, Hood made an incision on Lynne’s abdomen from hip to hip, just below the bikini line. Then he removed a little more than three pounds of skin from her abdomen. He then tightened the skin and moved her belly button back to its correct position.

Lynne stayed in the hospital overnight. “I had a really great experience at RUSH Copley, and the nursing care was excellent,” she says.

When Hood undid the compression binder around her abdomen the following day, Lynne was amazed. “I was like, ‘wow,’” she says. “I was swollen, but I still couldn’t believe the results.”

She went home later that day and only took prescription pain reliever that evening before switching to over-the-counter pain medicine. Small drains that had been placed near her incisions to remove extra fluid were removed the following week. “After a week or two, I felt really, really good,” Lynne says.

Lynne continued to wear the compression binder for about a month and limited her activities. Because she had a desk job, she was able to return to work in two weeks.

As she gradually became more active, she noticed an improvement in how she felt. “My goals were that I didn’t want the chafing anymore, and I just wanted to feel more comfortable,” Lynne says. “And through that procedure, my goals were achieved.”

The next step: removing excess skin from the thighs

A year after successful body contouring on her abdomen, Lynne didn’t hesitate to choose Hood again for another procedure called a thighplasty to remove excess skin that caused uncomfortable chafing on her thighs. Hood’s office worked with her insurance company to make sure the procedure was covered by her plan.

“There’s definitely something great about going to a plastic surgeon who understands what happens to your body with rapid weight loss,” she says.

During Lynne’s thighplasty, which was performed at RUSH Copley in June 2022, Hood removed a little over one-third of a pound of skin from the inside of each thigh. Hood made a five-inch incision in the front of her thigh close to where it meets the groin area and a similar length incision in the back of her thigh, so her scars would be hidden under shorts. She was able to go home the same day but had to take it easy for about a month. During that time, she also had to wrap her thighs in compression bandages to reduce swelling. Like the panniculectomy, the thighplasty did not cause much pain, and Lynne went back to work two weeks later.

Since choosing to have her surgeries, Lynne says she feels “incredible” and fortunate to have had two confidence-inspiring surgeons, Veenstra and Hood, support her on her weight loss journey.

“I feel like I was in the right place at the right time with the right people,” she says.

Not every patient who has weight loss surgery wants or needs to have skin removed. But when they do, RUSH’s multidisciplinary team — which includes weight management experts, surgeons, nutritionists, behavioral therapists and other experts — can provide the resources and referrals they need.

“Having body contouring is a personal decision,” Veenstra says. “Lynne felt that body contouring would benefit her, and she had done a great job controlling what she could control after her weight loss surgery. If patients like Lynne are interested in removing extra skin and we think it might be beneficial for them, we’ll figure out how to help them in the best way possible.”

Lynne, who recently celebrated her 58th birthday, has no regrets about her decision to have weight loss surgery and body contouring procedures at RUSH. By sharing her story, she hopes to let others who have had weight loss surgery know they don’t have to live with uncomfortable, excess skin.

“Bariatric surgery is a transformational procedure, and the first year of your life after that is just so incredible and positive,” she says. “I want people to know that beyond that, getting skin removal surgery is another option for them to feel even better. I’m at the point now where there’s no other surgeries I want to have done, but I know if I did, I have a great resource and a great team. And that gives me peace of mind.” 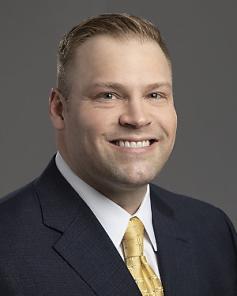 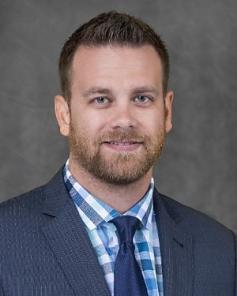 As monkeypox cases climb in Chicago, a RUSH doctor explains how...
Healthy Living

Eftihia Davelis, DO, explains the importance of a healthy weight...