Kelly Slusarz was in her early 20s when she first had signs of hearing loss. Thinking she was too young to be losing her hearing, she ignored them and compensated for her loss by reading lips.

Kelly told herself she was fine — for 16 years — until she could no longer deny that hearing loss was affecting her work and her family. Her son said, “Mom, I always have to repeat myself.” At work, when her back was to someone, she realized she wasn’t getting the whole sentence. On calls with colleagues who were using headsets, she had trouble understanding.

When she finally had her hearing tested, Kelly was diagnosed with Meniere’s disease, a disease that also affected her mother and grandfather. It is an inner ear disorder that can cause hearing loss, congestion in the ear, ringing in the ears and dizziness.

Kelly saw a local provider to get hearing aids. Unfortunately, they did not fit well, pulled on her ears and gave her headaches. That’s when she made an appointment with Cathleen O’Connor, AuD, CCC-A, an audiologist with Rush Copley Medical Group who had treated Kelly’s mother and grandfather.

‘She changed my life’

“From day one of meeting her, Dr. O’Connor changed my life,” Kelly says. “She was able to fit me with the correct hearing aids for my condition — the right weight and size to meet my needs. I had no headaches or ear pain.”

The result was life-changing. “I could hear the world around me,” Kelly recalls. “For the first time in years, I was able to hear the water in the shower, the grass crunch when I walked on it, birds chirping — and the list goes on. My family has benefited, as well. They are finally able to communicate with me without the frustration of having to repeat themselves. Being able to hear the world again has brought confidence to me personally and in the workplace.”

Kelly wishes she had gotten hearing aids sooner and advises others having trouble hearing to seek help. “You’ll be so excited once you do it,” she says. “It changes your life. You don’t realize how much you’re missing.”

Hearing loss can be managed

As an audiologist, O’Connor also encourages people to have hearing loss checked sooner rather than later. “The majority of hearing loss is from aging,” she says, “and the earlier it’s identified and managed, the better.”

Hearing loss typically can be managed or helped with hearing aids, and sometimes it can be treated with medications or surgery.

It took Kelly years to accept her hearing loss, and O’Connor says that is not unusual. “Many individuals have to go through an acceptance process,” she says. “Once Kelly accepted it, she was all in. She was doing new things, and her confidence grew as she was hearing better.”

When a person first gets a hearing aid, it may take several visits to fine-tune it to the individual’s needs. After that, biannual visits allow the audiologist to address any changes in hearing needs and clean the hearing aids.

Kelly appreciates that O’Connor stays on top of the newest technology for hearing aids, including Bluetooth technology and the overall trends in the industry. “She has the downlow on high-tech devices and what you need or want,” Kelly says.

For example, O’Connor set it up so that Kelly can adjust multiple settings on her phone, which she prefers instead of adjusting the volume of the aids in her ears. “She’s given me a lot of freedom,” Kelly says. “She gets me in for appointments right away and tweaks it to exactly what I need. I am so grateful for her knowledge.

“My mother referred me to Dr. O’Connor because she knew she could help me escape my quiet world. Dr. O’Connor is just awesome and amazing,” Kelly says. “The quality of her work, her commitment — I wouldn’t want to go anywhere else. She is an awesome audiologist and person.” 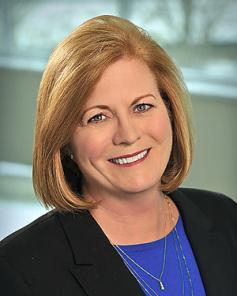