After near death, a miraculous recovery from COVID-19
Patient Stories
By Judy Germany

When John Elakkatt’s family got the news on April 2, 2020, that he was being taken off of the ventilator, it felt like a miracle.

John had been transferred to Rush University Medical Center on March 31 from a community hospital in grave condition due to COVID-19. After initially going to the community hospital’s emergency room with a fever and being discharged home to self-isolate, John began experiencing severe shortness of breath, coughing and fatigue a few days later. His wife, Mary, a retired nurse, took him back to the ER. This time, John had to be hospitalized.

Within less than a week, his condition had declined: His oxygen levels were dangerously low, and doctors said there was no choice but to sedate John and insert a breathing tube.

A vibrant life in peril

No one who knows John could believe that this man who was so full of life only a few weeks earlier was now so gravely ill.

“He’s a very active man in our community and our church, and he’s a member of the Knights of Columbus. He’s also very active at home, helping me with the housework, and we love to go out together, especially to see our kids and grandkids,” says Mary, who has been married to John since 1967. The couple immigrated to the U.S. from India — Mary in 1976, John a year later — and built a wonderful life for themselves and their three children.

At 83, John had not yet begun to slow down. He worked out 30 minutes a day on the treadmill, and before the schools closed due to shelter in place mandates, he was working full-time as a substitute public school teacher. Devout Catholics, John and Mary both had a daily prayer routine. They also enjoyed a rich social life.

“Dad has a lot of friends, and he and my mom would go to many social events,” says Sheena. “He’s also a doting grandparent; he loves taking the kids to the park, playing games with them and telling them stories. He’s just so joyful and humble, and people love being around him — especially the babies. They always stop crying when in his arms.”

“A huge leap of faith”

Given John’s excellent health and vigorous lifestyle before this crisis, it was shocking for his family to be told by his care team at the community hospital that once the breathing tube went in, John probably wouldn’t regain the ability to breathe on his own. “That was really hard to hear," Sheena says.

The family remained hopeful, however, that John would recover. When Mary talked to John on the phone before the tube was inserted, she delivered a message of love and encouragement: “I said, ‘You are going to be OK. Let them do what they need to do.’ ”

As powerful as Mary’s words were, “it was devastating that she couldn’t be at the bedside,” recalls John and Mary’s daughter-in-law Sweety.

Earlier that day, Sweety had begun making arrangements to transfer John to Rush University Medical Center, where Sweety has been a nurse for 21 years, the past three in the Department of Care Management.

“When I worked with the Rush Transfer Center to arrange my father-in-law’s transfer, I prepared the family for the fact that there is always a risk when transferring someone who is in critical condition on a ventilator, especially someone who was just intubated hours earlier,” she explains. “We were taking a huge leap of faith. But I had the confidence that Rush could help him. And they did.”

A leap of faith pays off

Sweety reassured her husband and in-laws that John would be in the best possible hands at Rush. Rush has provided inpatient care for hundreds of people with COVID-19 — experience that enables Rush providers to know how to respond to different scenarios and address the most complex cases.

COVID-19 patients often spend weeks on ventilators. An interdisciplinary team led by pulmonary and critical care medicine specialist Jared Greenberg, MD, was able to wean John off of the machine in just two days. “It was shocking, because his care team at Rush said he would most likely need be on the ventilator for 12 to 15 days,” Sheena says. “We were overjoyed and thanked God for such great news.”

Although John’s family could not visit him in the hospital, Sweety was on-site to connect them while John continued his recovery on one of the COVID-19 floors. She is currently the care manager in the Cardiac Intensive Care Unit (CICU), which Rush converted to a combined CICU/Medical Intensive Care Unit to care for COVID-19 positive patients during this health crisis.

Some days were better than others for John. His blood pressure repeatedly spiked and dipped, and he continued to experience shortness of breath; he also had difficulty swallowing, which is common after intubation.

“Sweety would communicate to us about how Dad was doing,” Sheena says. “We’re so thankful that she was there in person advocating for him, since we couldn’t be with him.”

Every night that John was hospitalized, Mary’s and John’s large extended family — spread across the U.S. — joined a Zoom call to pray together. “That was such a huge comfort to all of us,” Sheena says. “It connected us and gave us strength, and we know it was the power of prayer that enabled my dad to keep fighting and stay hopeful.”

Hope for the future

John was able to go home on April 8, and Mary has been drawing from her nursing training to take care of him while they shelter in place at their home in Chicago’s Old Irving Park neighborhood: helping him with his exercises, monitoring his blood pressure and oxygen levels, and assisting with personal care. “I do the best I can for him,” she says.

They are also getting support from their children. Among other things, they send food so Mary doesn’t have to grocery shop or cook. “We don’t want her to worry about anything except taking care of Dad and herself,” says Sheena, who also calls to talk to her parents daily. “She’s doing such a great job with his care.”

In addition, to help John regain his strength and function, a home health nurse, physical therapists, occupational therapists and speech therapists have been coming to the Elakkatt’s home.

“He’s improving a little bit every day,” Sweety says. “When I saw him in the hospital, he couldn’t even sit in a chair without his oxygen levels dropping. Now he doesn’t need supplemental oxygen.”

And while he’s not yet able to use the treadmill, “he can move around the house now,” Mary says. “He still has respiratory issues, so he’s still on the road to recovery. But we have faith. And we are so grateful to everyone at Rush for everything they did for him.” 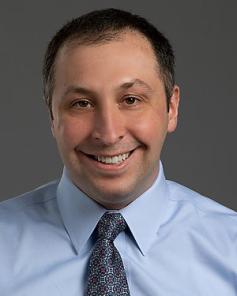