A life in peril, a team at the ready

Jermaine Brooks, of Lansing, Ill., came to Rush University Medical Center in a helicopter one summer day in 2018. Deathly ill, he was rushed straight to an operating room, where he was put on an extracorporeal membrane oxygenation (ECMO) system, a bypass machine that would temporarily do the work of his lungs.

"That's how sick he was," says Chadrick Cross, MD, the cardiac surgeon who was waiting for Brooks in the Rush OR that day. "The only way to save his life was to put him on the ECMO, and time was of the essence. His organs were beginning to shut down."

Brooks, then only 36, had contracted legionella pneumonia, a devastating bacterial infection that can destroy the lungs. He had been walking around with it for days, not even feeling especially ill, but his boss thought he looked sick and sent him home. Brooks first went to a hospital in Indiana but was cleared to leave. When he called his mother, however, she said he sounded so bad that she insisted on coming to get him — to take him to the emergency department at South Suburban Hospital in Hazel Crest, Illinois.

It's a good thing she did.

'There was no air circulation at all'

"The lungs are supposed to be light and fluffy, like a sponge," Cross explains. "Jermaine's lungs were like a sponge that was soaked with pudding. There was no air circulation at all."

Brooks' lungs were so damaged that not even a ventilator could get them to function. That's why he was airlifted from South Suburban Hospital to Rush, which is a Gold-Level Center of Excellence in Life Support for both adult and pediatric ECMO patients.

Some patients need a type of ECMO that supports both the heart and the lungs, but Brooks was put on a venovenous type, which took over only for his devastated lungs. Cross inserted a large line, called a cannula, into Brooks' femoral vein to carry blood out of the body and into the ECMO device, where the blood was oxygenated. The fresh blood returned through a small tube in a jugular vein in Brooks' neck. He was on the ECMO around the clock for eight weeks to give his lungs a chance to heal.

Brooks' last memory of life before ECMO was lying in the back seat of his mother's car on June 29 as she drove him to the ER. He woke up from a medically induced coma on July 5, though the first day he actually remembers is Aug. 1.

The Rush ECMO team does about 50 of these procedures every year for patients with severe heart and/or lung conditions, usually only after attempting every other appropriate intervention. Like Brooks, most ECMO patients would almost certainly die without it.

Rush first performed ECMOs in its pediatric intensive and critical care unit in 2008, and extended the procedure to adults three years later. In 2015, the team introduced a new strategy to get patients up and moving, so they can begin to get stronger even before they go home. This unique approach is one of the reasons Rush has twice (2016 and 2019) received Gold-Level designation from ELSO and was the first center in Illinois caring for adults and children to earn it.

In Brooks' case, he was changed to a special cannula, which requires only one line in the neck, on day 4 and had his breathing tube removed on day 11. He then started his rehabilitation while waiting for his lungs to heal, beginning with standing in a specialized therapy bed and progressing to sitting on the edge of the bed, walking to a chair and, eventually, walking in the hallway.

Friends and family came to visit frequently, including Brooks' then-11-year-old daughter, Jade. He was also visited by well-wishers from the hospital who had witnessed — and perhaps participated in — his rescue. Dozens of people took part in that heroic effort.

"So many people were coming in and talking to me like I knew them," Brooks says. "I guess I did, but I didn't remember."

The road to recovery

By five weeks on ECMO, Brooks was walking the halls.

The ECMO coordinator went walking with him nearly every day. The ECMO machine consists of a pump, heater, and air and oxygen supply contained on a portable cart, so patients are able to take it with them.

When they first started walking in the hallways, they needed about six people with them — ECMO specialists to move the equipment and watch the lines, a therapist, nurses, and one or two other people. As time went on and Brooks’ strength and balance improved, they were able to walk with just one other person.

As his rehab progressed, so did the function of his lungs. The ECMO settings were slowly reduced as his lungs took back over, and ECMO support was able to be removed after 8 weeks. By that time, Brooks was walking several laps each day.

Since he was able to complete his rehabilitation during ECMO, Brooks could be discharged directly home. He left Rush on August 27, just four days after coming off of ECMO.

Back home and back to life

Weeks of recovery are hard on the spirit as well as the body. "You can get down. You can get depressed in there," Brooks says.

The ECMO team helped him set small goals and stay positive. He was determined to get strong enough to go home before Jade went back to school in the fall, and he took pride in how hard he worked to get better.

Recovery on ECMO for respiratory failure can take anywhere from a couple of weeks to several months. When patients start rehabilitation while they are still in the hospital, they are able to see their progress, and that motivates them to get out of bed.

"I can't begin to tell you how special our ECMO team is, and also the nursing staff," Cross says. "This was a young guy, very weak, not able to get around, dealing with depression and shock. The team was going in every day, saying, 'We're going to get you through this.' "

And they did get him through. Although it took Brooks many months to get cleared to go back to work, he arrived home from the hospital in time to see Jade off on her first day of school. Now that his lungs are healed and his life is no longer in danger, he gets to be there for his daughter every day.

"I had the best team,” he says. “They literally saved my life." 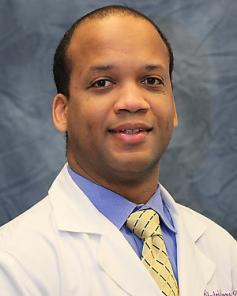