Physicians are investigating recent cases of liver inflammation in children

Concerned about a small but unusual number of cases of liver inflammation (hepatitis) in children, health officials are asking physicians to report pediatric hepatitis cases of unknown cause and test them for adenovirus and other viruses.

Rush University Medical Center has investigated recent pediatric cases of hepatitis but has not found one associated with adenovirus infection so far, though a few suspected cases have been reported from the Chicago area.

Adenoviruses are common, year-round viruses mostly associated with cold- and flu-like illness and a wide range of symptoms ranging from fever and diarrhea to sore throat and runny nose. Hepatitis is inflammation of the liver, commonly the result of certain viral infections, as well as injuries to the liver caused by medications, toxins and autoimmune disorders. The inflammation can in some cases lead to severe liver disease.

“While liver damage has been seen in some immunocompromised children with an adenovirus infection, the cases under investigation are especially concerning because adenoviruses currently are not a known cause of hepatitis in otherwise healthy kids,” said Marielle Fricchione, MD, an infectious disease specialist and associate professor of pediatrics at Rush Medical College.

What parents should know

Symptoms of hepatitis include the following:

“If your child shows signs of vomiting and diarrhea with abdominal pain, fatigue, fever or dark urine, yellowing of the skin and eyes, call your primary care provider,” Fricchione said.

Adenoviruses affect all ages, but they are so common that most children have had at least one adenovirus infection by age 10, according to the Centers for Disease Control and Prevention.

Certain types of adenoviruses are mostly associated with respiratory illness, such as pneumonia and bronchitis, while other types are associated with conjunctivitis (pink eye) and gastroenteritis (inflammation of the stomach and intestines, aka stomach flu). The CDC said some of the children with hepatitis tested positive for adenovirus type 41, which can cause diarrhea and stomach cramps.

"The one that causes diarrhea and vomiting could get on the hands and be spread between kids through hands or surfaces touched by hands," Fricchione said in an interview with ABC 7 Chicago. "We don't have a vaccine for adenovirus 41, so we do have to control it by hand-washing and cleaning surfaces.”

Take the following precautions to help prevent the spread of adenoviruses: 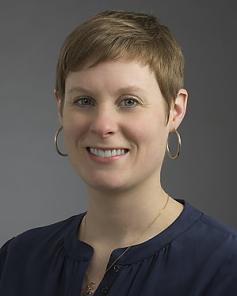 Judith Brown, DO, obstetrician and gynecologist with Rush Copley...